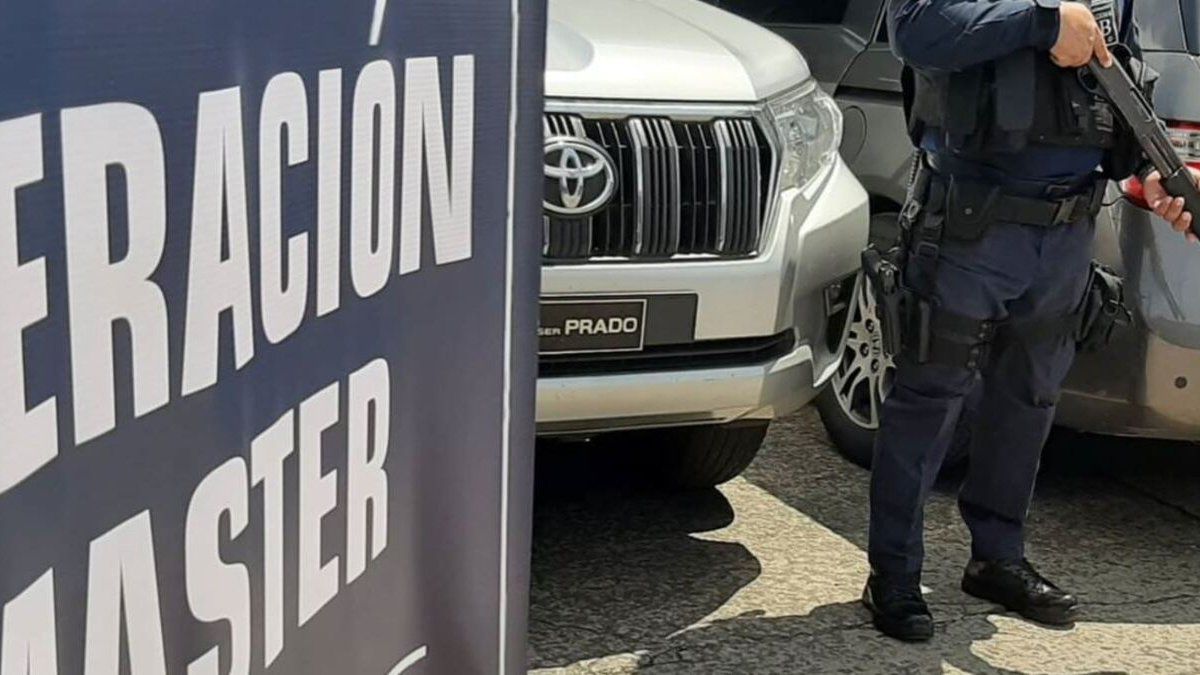 The defendants are being linked to a criminal organization dedicated to the contamination with drugs from containers in Panamanian Pacific ports.
The Court of Appeals confirmed this Tuesday, July 13, the provisional detention for eight people apprehended through Operation Master.

The Judicial Branch reported that through a hearing held at the facilities of the Accusatory Criminal System of Plaza Ágora, the Superior Court of Appeals of the First Judicial District of Panama, made up of judges Diego Fernández (President), Fernando Alonso and Luis Mario Carrasco , confirmed the personal precautionary measure of provisional detention applied by a Judge of Guarantees, to eight citizens, accused of the alleged commission of crimes Against Collective Security, in the form of Meeting and Conspiracy to Commit Drug-Related Crimes, and Against the Economic Order, in the form of Money Laundering.

"After hearing the arguments of the intervening parties, the Court based its decision to confirm the precautionary measure of provisional detention of the accused, considering it a necessary, suitable and proportional measure with the facts; together with the existence of procedural risks, such such as: the danger of affecting the evidence, danger to the community, due to the nature and number of crimes charged, "the statement said.

The Public Ministry, in this hearing, was represented by the prosecutor Joseph Alan Díaz and the prosecutor Johana Quiel, and the legal assistance of the defendants was in charge of the private technical defenders, the lawyer Armando Guerra Espinosa, Ismael Moreno, Elías Moisés Gondola , Carlos de Icaza, Luis Aguilar, Juan Carlos Herrera and Hugo Echeverría. On behalf of the Public Defense, the lawyer Kathya Espinosa participated.

It should be remembered that this operation had its origin in 2020 and occurred with the apprehensions of several citizens, for the date of July 1, linked to an investigation called "Operation Master", a criminal organization dedicated to contamination with drugs from containers in ports of the Panamanian Pacific and destined for Europe.
Add Comment