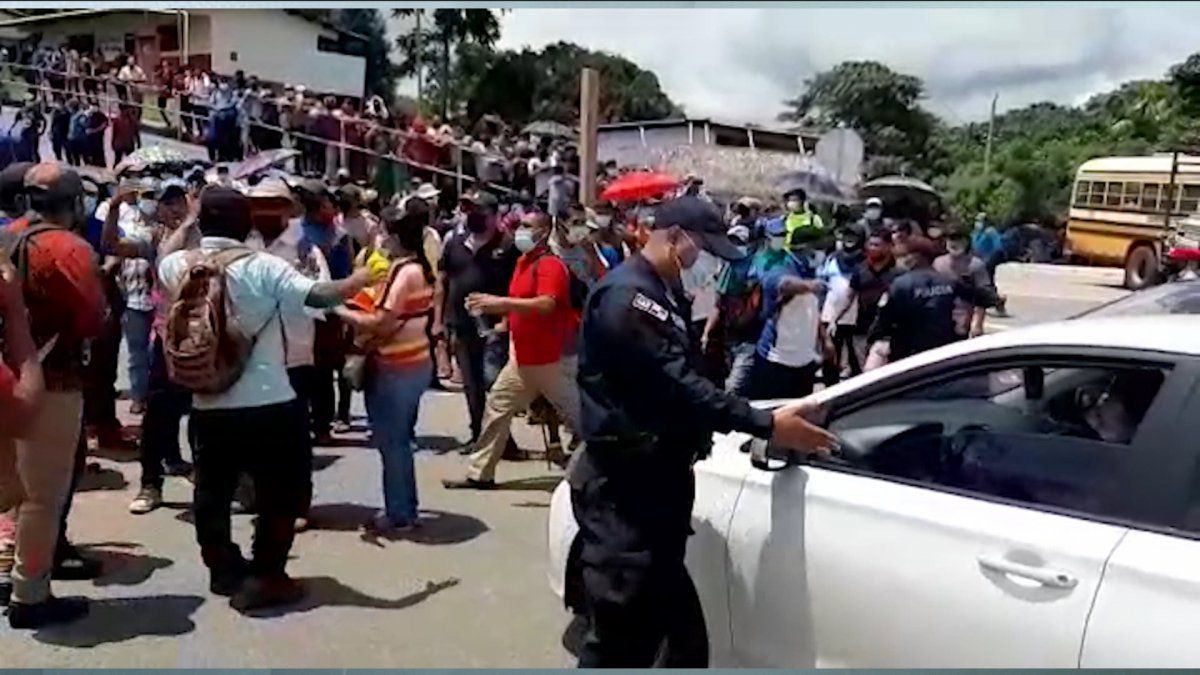 Apede denounced that these protests threaten the health and jobs of dozens of people, as well as the international transport of goods.
The Panamanian Association of Business Executives ( Apede ) called on the authorities to comply "immediately" with the rule of law, resolving the situation that affects dozens of people who have been protesting for two days on the Inter-American highway.

"Apede defends freedom of expression, and understands the need for citizens to protest when they consider their rights violated", however the union considers that these actions should not affect third parties, so they ask for a prompt intervention by the authorities, so that justice prevails and "it is not perceived that there is an anarchic system."

Apede denounced that these protest actions are attacking the health and jobs of dozens of people, as well as the international transport of products and merchandise "causing unpredictable consequences to the image of the country and citizens."

The guild asks not to fall into actions of force that will only generate more problems.

The protesters closed this Tuesday intermittently, the road at the height of San Juan, in the province of Chiriquí, to demand that the authorities build roads and electrification systems.

In the San Félix area, with the mediation of authorities, the opening of the road was achieved, and they were informed that the rehabilitation of the road to Salto Dupi has already been tendered and that the machinery is already being transferred to the place to start the work, according to the Vice Minister of Public Works, Librada de Frías.

The protest measure has affected hundreds of drivers heading from the capital city to the border and vice versa.
#Apede
Add Comment