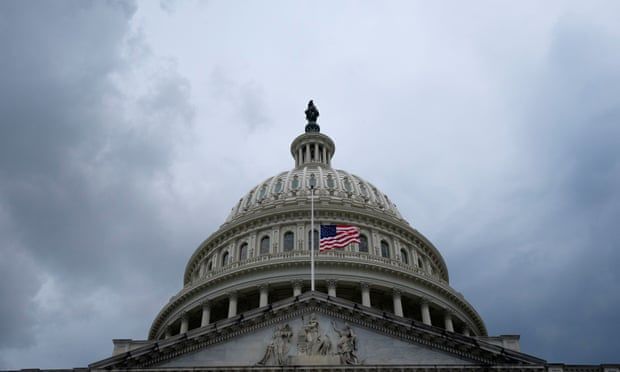 Anti-CRT laws want to ban texts about systemic racism. What about the US constitution?

A total of 14 states have now passed legislation restricting how and what teachers can teach about race and racism in America. But resources abound

Rightwing legislators across the country have seized on the bogeyman of so-called “critical race theory” as the latest weapon in their centuries-long practice of trying to scare white people that their hold on the country is slipping away. A total of 14 states have now passed legislation restricting how and what teachers can teach about race and racism in America. But their ideological, white people-first zeal far surpasses their actual understanding of US history. Even after the rushed attempts to whitewash US history, there is still abundant material to cover that can give a clear, accurate and truthful picture of this country and the centuries-long role of systemic racism in shaping the United States of America.

The most far-reaching and proscriptive of these bills is the legislation passed last year in Texas, and I have done a deep dive into the revised Texas education code so that you don’t have to (finally putting to good use the experience gained from serving on a school board for eight years, passing controversial policies to diversify San Francisco’s literature curriculum, and being a lawyer for 24 years). So, as a resource for people who believe in teaching the truth, here are five documents you still can – and should – teach even under the new anti-CRT laws.

1. The Declaration of Independence

In the original draft of the country’s defining document, Thomas Jefferson included a passage condemning slavery as one of the “long train of abuses and usurpations” by England’s King George. The passage read: “He has waged cruel war against human nature itself, violating its most sacred rights of life and liberty in the persons of a distant people who never offended him, captivating & carrying them into slavery in another hemisphere or to incur miserable death in their transportation thither.” In his 1821 autobiography, Jefferson explained that not only did the slaveholding states demand that that section be struck from the document, but “our northern brethren also I believe felt a little tender under those censures”.

There are two prominent parts of the constitution that explicitly relate to systemic racism and white supremacy. First, article 1, section 2, clause 3 says that the population of the states is to be “determined by adding to the whole Number of Free Persons, including those bound to Service for a Term of Years, and excluding Indians not taxed, three fifths of all other Persons.” In other words, Black people literally count as only 3/5ths of a person. Second, in article 4, section 2, clause 3 – the Fugitive Slave Clause – the country’s founding document clearly states that anyone “escaping into another” state “shall be delivered up” to that person’s owner.

3. The 13th amendment to the constitution

The 13th amendment simply states that “Neither slavery nor involuntary servitude … shall exist within the United States”, but that very straightforward provision could not at first garner two-thirds support in the House of Representatives. And that was in a body that had no members from the slaveholding states. The northerners – the ostensible opponents of slavery – couldn’t agree to abolish human bondage. The New York congressman John Pruyn typified the sentiments of many at the time when he gave a speech to Congress in 1864 saying that the presidential preoccupation with matters of equality was inflicting discomfort on the slaveholders, “alienating … the friends of the Union in those States and embarrassing their return to their allegiance”. Ultimately, the amendment was ratified by the requisite number of states, but it still took nine states much longer to officially affirm that the country’s governing document should outlaw slavery, and Mississippi didn’t ratify the abolition of slavery until 1995 (yes, you read that correctly).

4. The 15th amendment to the constitution

Three years after codifying the abolition of slavery, Congress took up the 15th amendment which holds that “the right of citizens of the United States to vote shall not be denied or abridged by the United States or by any State on account of race, color.” That measure was vociferously opposed by many people, including the president of the United States, Andrew Johnson. In his Third Message to Congress in 1867 (the equivalent, though written, of the modern-day State of the Union address), Johnson’s response to the reality that millions of Americans could not vote because of the color of their skin was to go on the record with his fear that “the subjugation of the States to Negro domination would be worse than the military despotism under which they are now suffering”. He went on to note that “it is the glory of white men to know that they have had these qualities in sufficient measure to build upon this continent a great political fabric”.

5. The history of civic engagement in the US

The Texas statute calls for a curriculum that helps to “develop each student’s civic knowledge” including an understanding of “the history, qualities, traditions, and features of civic engagement in the United States.” One aspect of the country’s civic engagement that most people don’t know about and students might find quite interesting is that several states had white people-only primaries for decades even after passage of the 15th amendment. The Texas statute stated “in no event shall a negro be eligible to participate in a Democratic party primary election (held in that State.” Historian Carol Anderson explains in her book One Person, No Vote that “all eleven states of the Old Confederacy had the white primary.”

The mythology of the Lincoln-Douglas debate as the epitome of the American democratic process at work is contradicted by the words that were spoken. In particular, the transcript of the debate, explicitly mentioned in Texas’s education code, is especially timely in a country that still cannot pass a bill to study the effects and lasting legacy of slavery (HR 40). In that debate, Lincoln expresses an anguish over the perceived fallout from embracing equality for Black people that continues to animate contemporary American politics. While criticizing the “monstrous injustice of slavery”, Lincoln also displayed profound timidity, saying that his preferred solution “would be to free all the slaves, and send them to Liberia – to their own native land”. The author of the Emancipation Proclamation went on to unequivocally state “we cannot, then, make them equals”.

The anti-CRT laws are both laughable and an abomination to quality education, but there is nonetheless still abundant content that schools can teach that will properly educate the country’s children about the history and current challenges of a nation built by slavery.