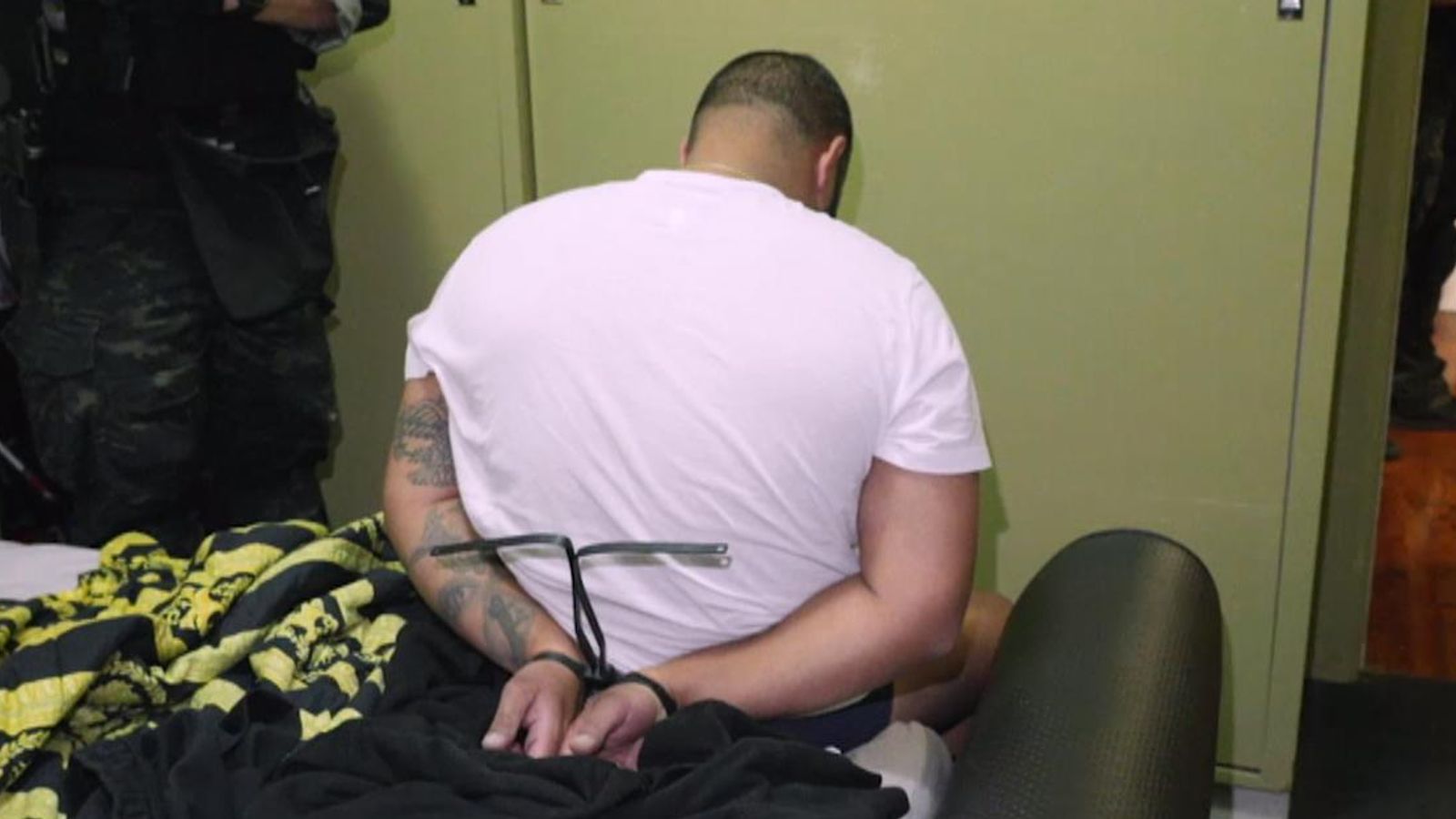 Hundreds of people have been arrested and murder plots thwarted after criminal gangs were duped into using an app being watched by police around the world.

A joint investigation led by the FBI, Europol and Australian Federal Police (AFP) saw US officials take control of an encrypted messaging app called ANOM in 2018.

The plan was conceived after the FBI took down a previous secure app favoured by criminals - Phantom Secure.

It saw ANOM downloaded on to special mobile phones that were then bought my criminals on the black market, with the encrypted messaging service hidden within the calculator feature.

Police forces worldwide were then able to access 27 million messages - exposing the work of organised crime syndicates in more than 100 countries, Europol's deputy director of operations said on Tuesday. 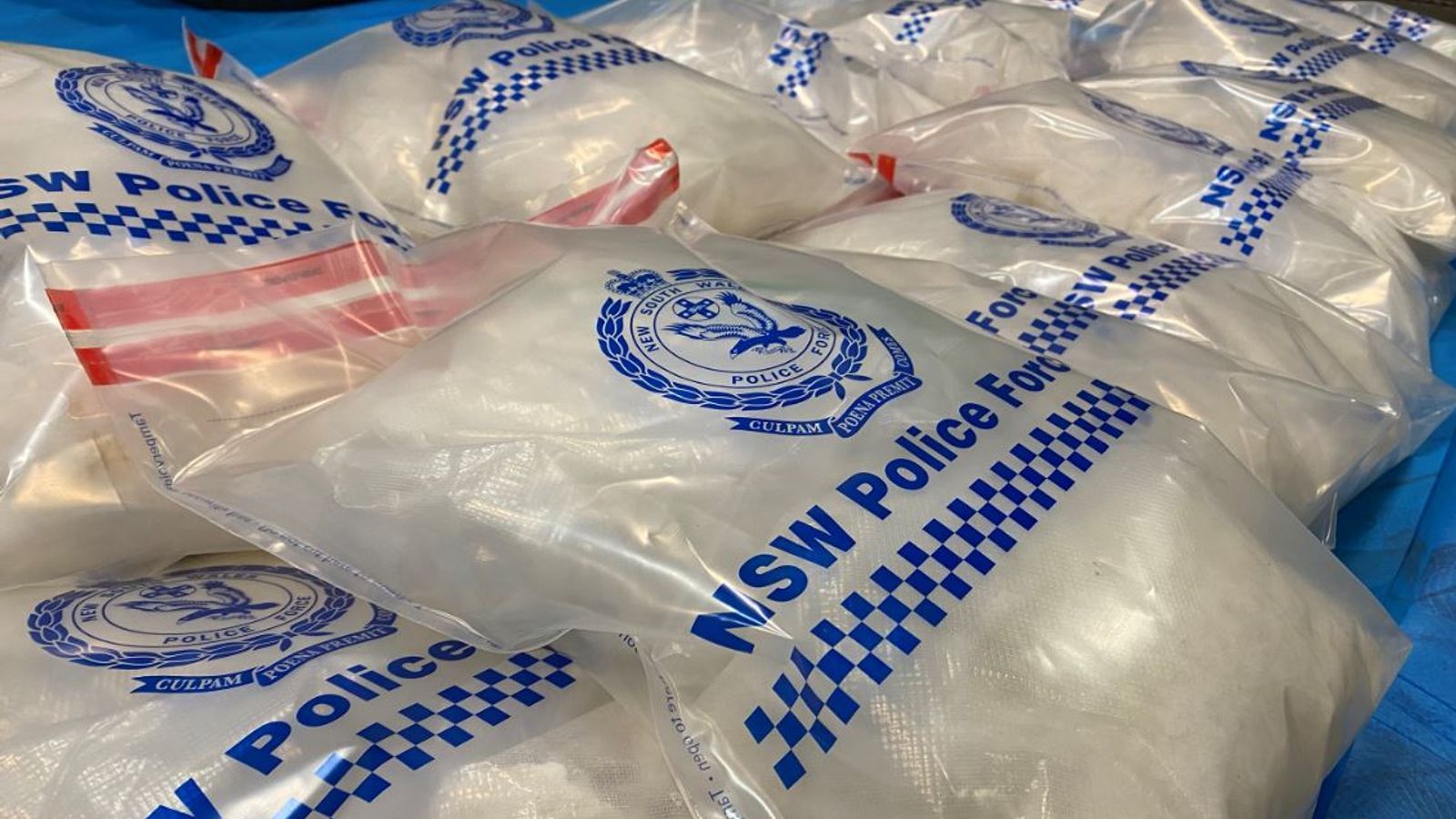 In total around 3.7 tonnes of drugs were found during the raids in Australia.

At a news conference at The Hague, Jean-Philippe Lecouffe described the operation as "one of the largest and sophisticated" in Europol's history.

• At least 800 arrests across 700 searched locations

Mr Lecouffe described the figures as "impressive" and said the sting - codenamed Operation Trojan Shield - showed that "in our digital world, criminals use encrypted messaging platforms for illicit purposes", and are "more fluid and flexible than previously thought".

The UK's National Crime Agency said it had carried out "multiple operations" as part of Trojan Shield, but would not reveal further details of its work or an estimated number of ANOM users based in Britain.

A spokeswoman said: "The National Crime Agency is proud to have been a partner in what has been an innovative and complex operation to target criminals operating globally and using encrypted communications platforms.

"As part of this, the NCA has conducted multiple operations targeting organised crime groups involved in drug trafficking and money laundering.

"This operation has demonstrated that, in the face of the rapidly evolving threat from criminals exploiting the fast expansion of technology, the NCA is committed to working across international borders to target organised criminals, wherever they are and however they communicate." 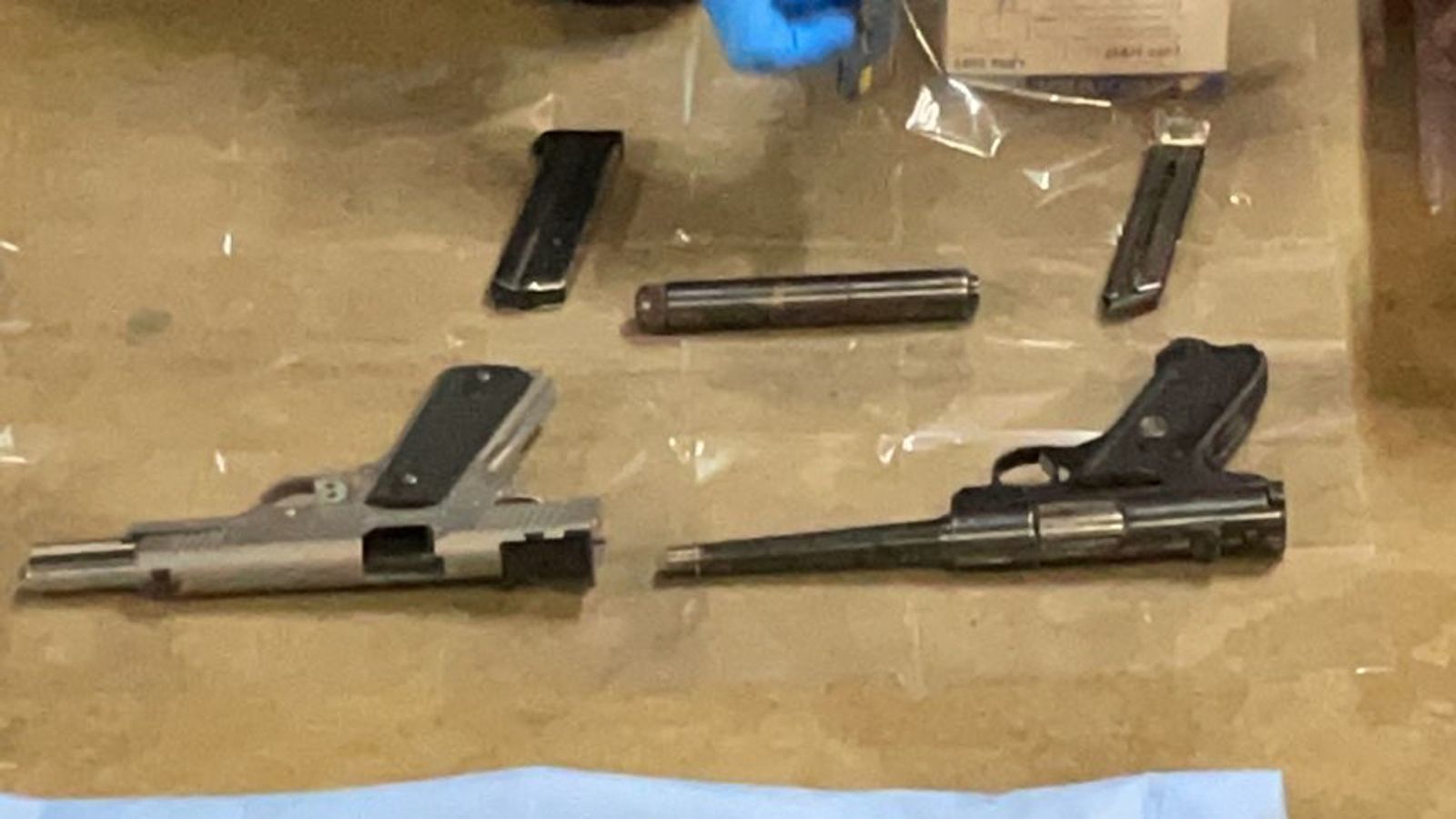 104 weapons were recovered from streets in Australia.

In the US, operations resulted in:

• More than 100 threats to life mitigated 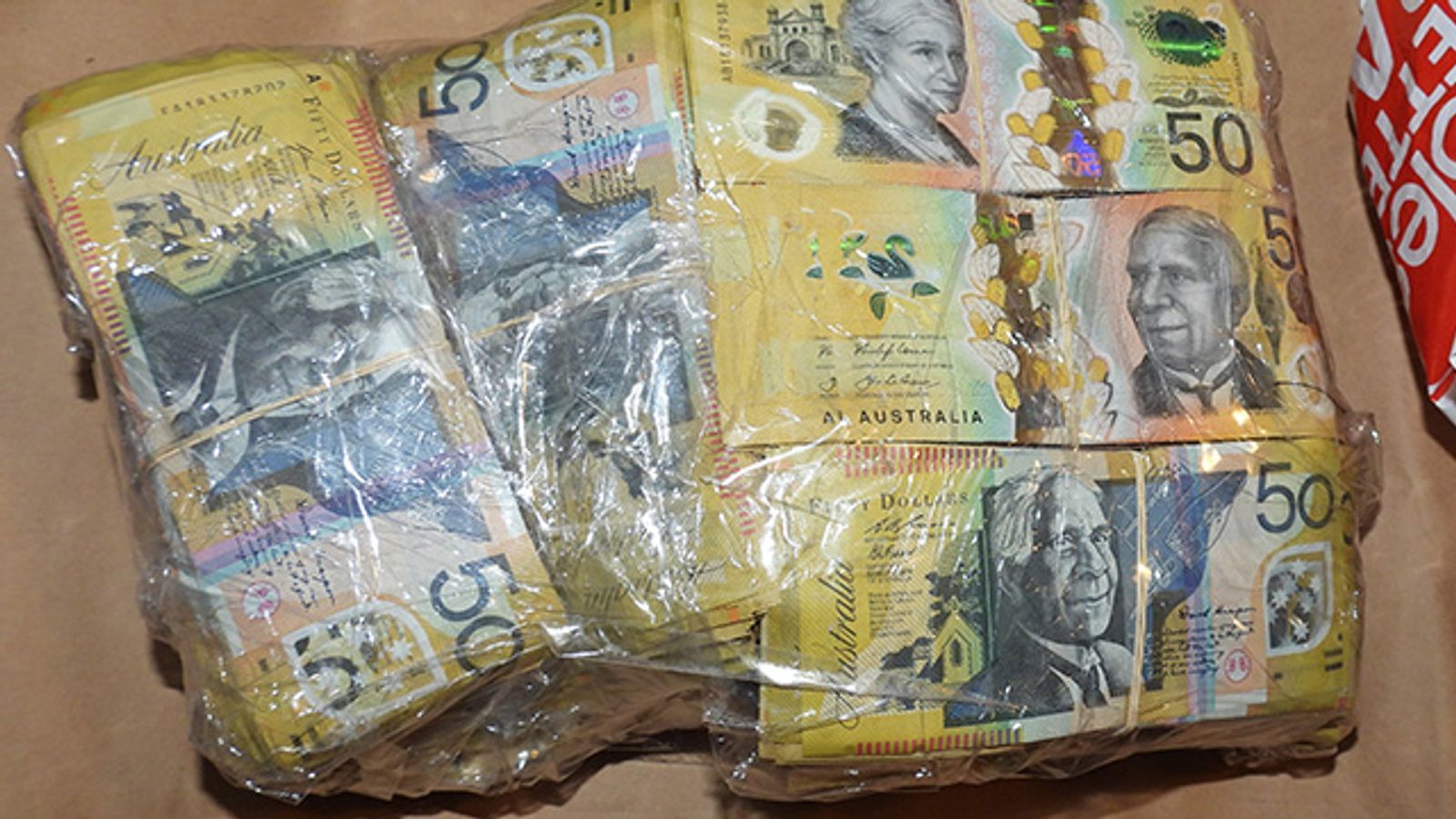 The operation got under way after an Australian underworld figure begun distributing the ANOM app to his associates, thinking it was secure, meaning police were able to monitor all their activity.

"We have been in the back pockets of organised crime," AFP commissioner Reece Kershaw said.

"All they talk about is drugs, violence, hits on each other, innocent people who are going to be murdered."

One murder plot involved plans to attack a cafe with a machine gun, while another saw a family of five targeted, added Mr Kershaw. 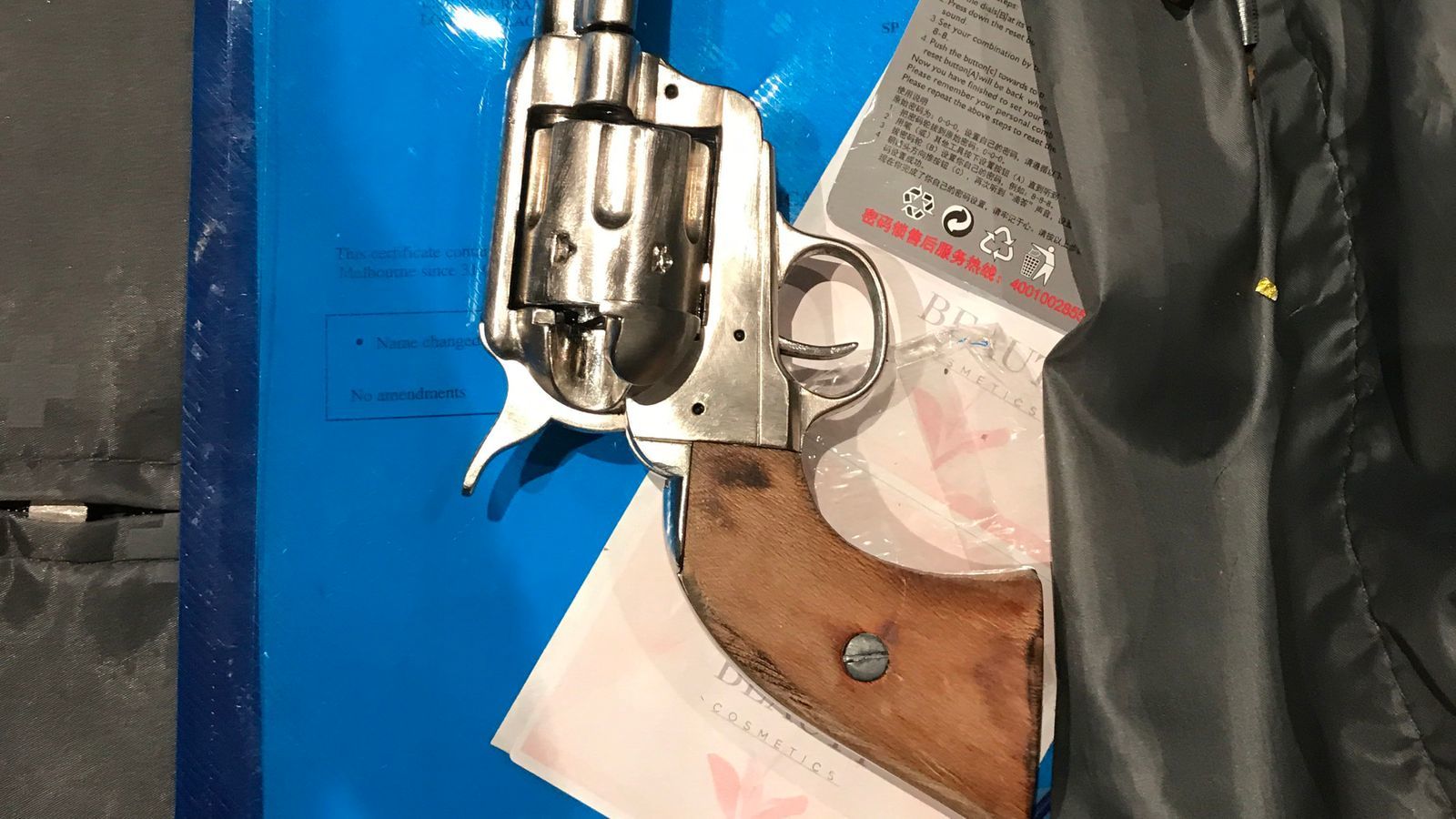 A gun found in one of 525 search warrants in Australia.

"Years' worth of evidence" led to wide scale police raids across the Australian mainland on 7 and 8 June, she said.

• 224 people arrested and charged with 526 offences

• 104 weapons taken from the streets 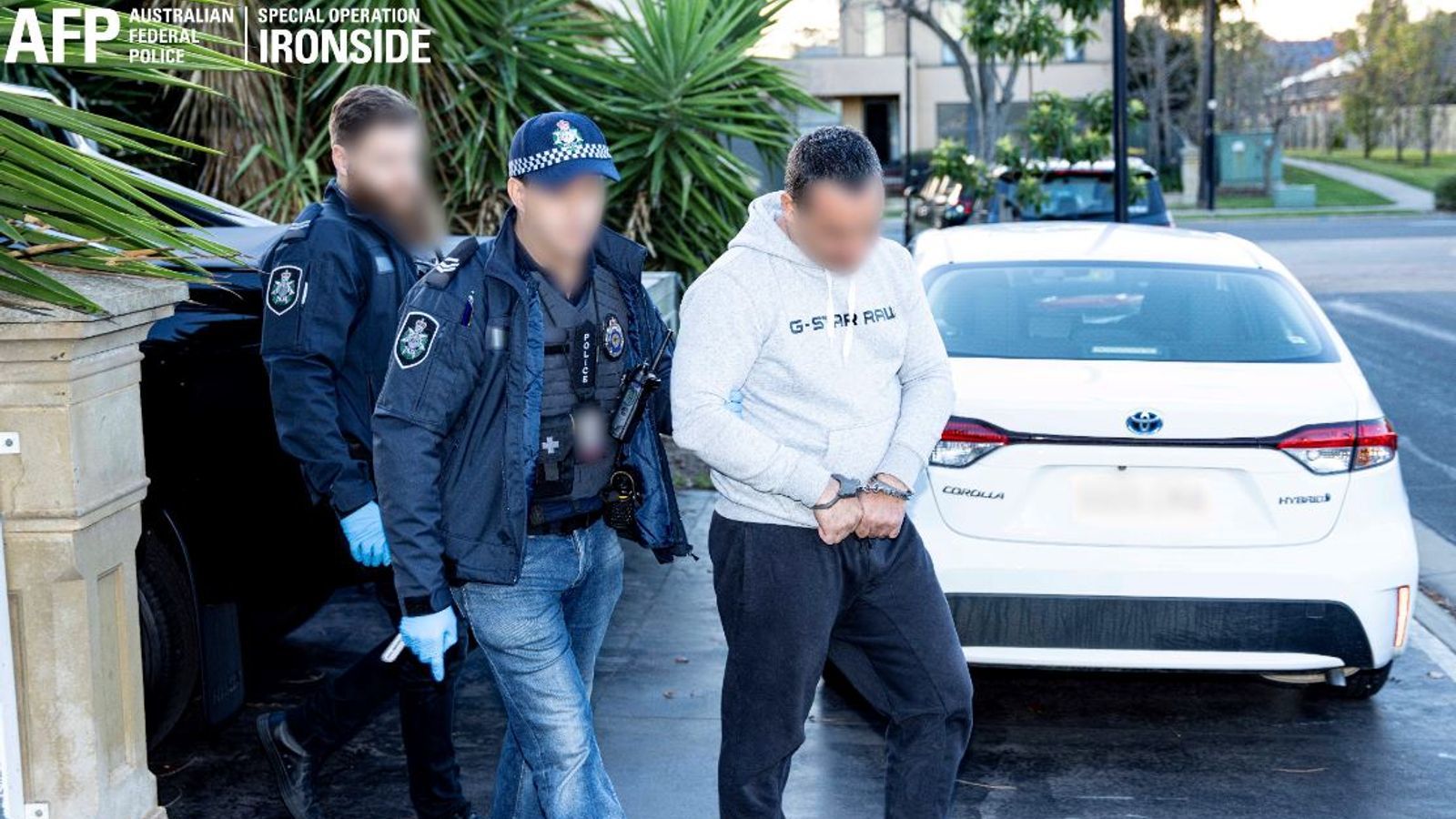 Suspects are led away by AFP police.

Key operations were also carried out in Sweden and the Netherlands, with criminal messages in 45 languages analysed about everything from ATM gas attacks to contract killings, Jannine van der Berg, of the Dutch National Police, said.

Ms van der Berg said ANOM had gained a "good reputation among criminals" as "the platform you should use for absolute reliability".

Five Swedish nationals were also arrested in Spain after fleeing there, but "criminals are not safe anywhere", head of intelligence at the Swedish Police Authority, Linda Staaf, added.