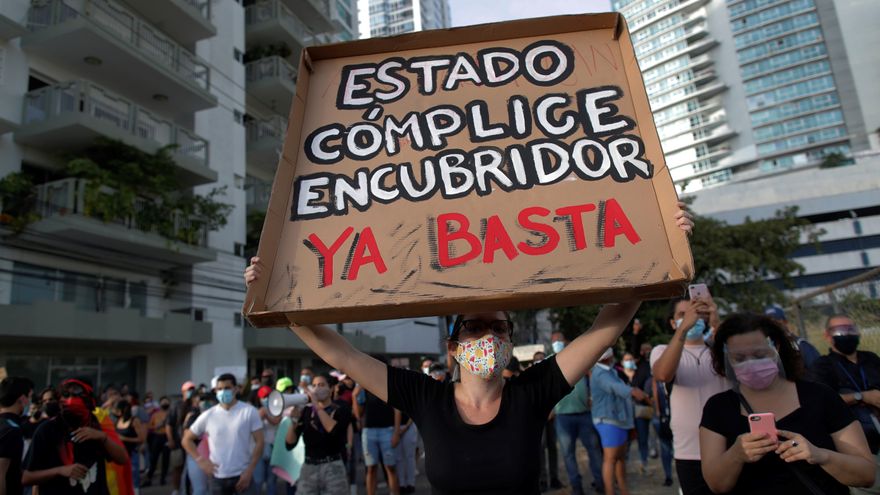 Anger grows in Panama over the lurid plot of sexual abuse and mistreatment of minors in shelters supervised by the State uncovered by a subcommission of the National Assembly, despite the request for maximum punishment made by President Laurentino Cortizo, which has been valued as late and insufficient by political and social sectors.

The state is not "controlling" the situation and Cortizo has fallen short by not announcing the dismissal of officials from public institutions who are clearly responsible, either by action or omission, politicians and human rights activists told EFE.

The president "alleges that it is necessary to investigate and apply a strong hand, with structured sentences, but what are their actions? Instead of condemning, investigating and demanding that the authorities, which are their own cabinet, resign, protect and shield them "said lawyer Irma Hernández, an opinion that is repeated on social networks.


A subcommission of the National Assembly last week presented a report detailing that dozens of minors were sexually abused, physically and psychologically abused in 14 shelters, institutions that run private organizations, such as NGOs and foundations, but are under the supervision of the State, which in many cases also grants them public funds.

Due to this scandal, the National Secretariat for Children, Adolescents and the Family (Senniaf) is in the eye of the hurricane, whose functions include supervising protection institutions or shelters.

Cortizo referred to the issue for the first time on Wednesday, in a televised message in which he demanded punishment with the "maximum rigor of the law" for those responsible, and stressed that Senniaf and the Ministry of Social Development (Mides), which delivers the subsidies to the shelters, have criminally denounced the irregularities.

"These words are late, he left an unjustifiable silence on this issue for more than five days," said the independent deputy to the Panamanian Parliament, Juan Diego Vázquez.

For lawyer Hernández, the president did not come out "of his own free will" to talk about the issue but thanks "to the fact that the citizens have done their job", with several protests in front of the Senniaf headquarters to demand "justice" for minors.


According to Walkiria Chandler, one of the deputies who conducted the investigation for more than six months, the minors are still in the shelters where they were harassed.

"They are still there and they are not being given protection measures. A Senniaf statement came out in which they say they have closed eight shelters but they do not specify where the creatures are," the deputy said.

The document revealed that the minors lived in "subhuman" conditions, without having qualified and mistreated personnel, especially those with disabilities.

"The report was presented (to the Prosecutor's Office) on Monday and absolutely nothing has happened. When any possible crime of violence or abuse of minors is reported, protection measures are minimally given, and after four days there is no speed," added Chandler.


Cortizo asked that in 15 days a bill be presented to increase the penalties for crimes of sexual abuse, which, in the opinion of Deputy Vásquez makes it clear that "once again, they are coming out to improvise with a criminal policy", when the the heart of the matter is prevention and protection.

Panama is one of the few countries in Latin America that does not have a general law for the protection of children, which has been tried twice in the last 15 years but never advances in Parliament.

"The system as it is right now does not work, it must be reformed. A protection law is needed. UNICEF urges the authorities to resolve once and for all that historical debt that the State has with children," said the expert on children's UNICEF social policy, Jorge Giannareas.

Cortizo also instructed Mides and Senniaf to become plaintiffs, which, in the eyes of Vázquez, is a "legal nonsense" since it is "immoral to ask those who supervise those shelters, who should have prevented and controlled that these acts did not occur, who now watch over the rights of the victims."

The attorney general, Eduardo Ulloa, surprised this Thursday by revealing that there are eight open cases for various crimes related to children's shelters, initiated two years ago, and assured that "responsibility will be demanded of both those directly involved in the commission of crimes and whoever they are".