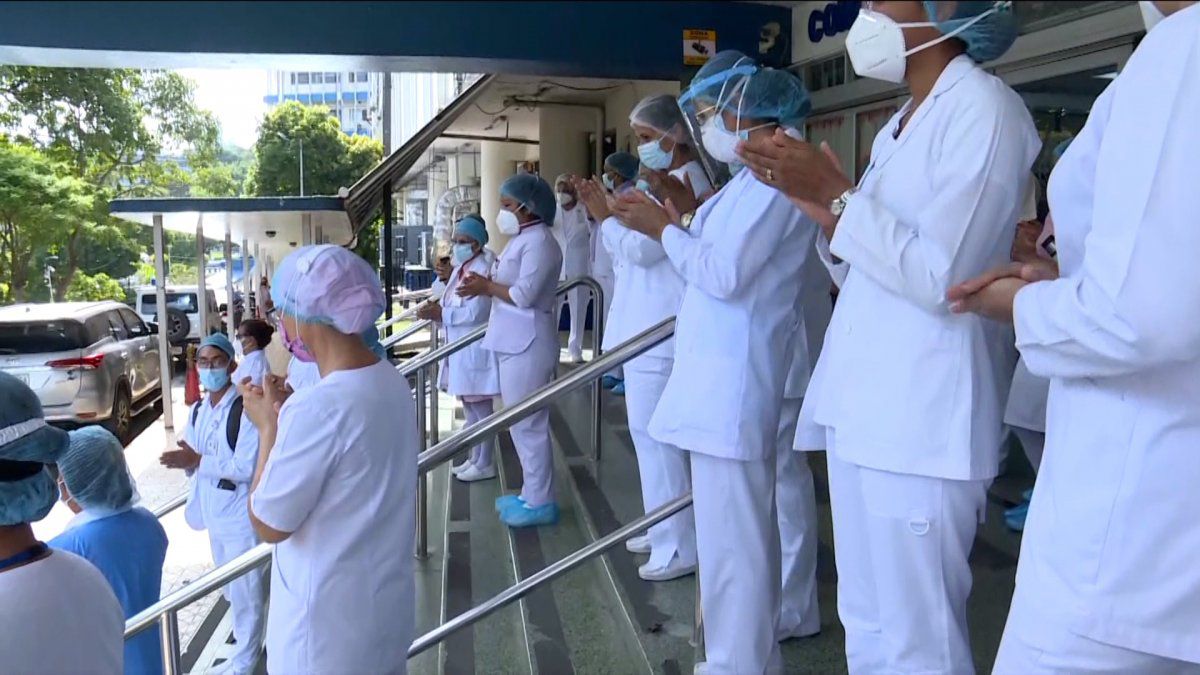 ANEP reports threats against nurses due to work stoppage

"We have received information from colleagues who are threatening them, who tell them remember that you are under contract, remember that, that is a threat," said the president of ANEP.
The president of the National Association of Nurses of Panama (ANEP), Ana Reyes, announced this Wednesday that nurses who are supporting the 24-hour work stoppage are receiving threats of retaliation.

"We have received information from colleagues who are threatening them, who tell them remember that you are under contract, remember such a thing, that is a threat, that is an excess of duties, that we are not going to allow," explained Ana Reyes.

He expressed his rejection of this situation, emphasizing that the right to protest is established in the Political Constitution of the Republic of Panama.

“We do not want any retaliation against those nurses throughout the country who are participating in the strike today, nor those who participated in the two days of picketing. It is our citizen right, the Constitution gives us the right to demonstrate peacefully ”, emphasized Ana Reyes.

The nurses began a 24-hour work stoppage at 7:00 am today to demand a response from the authorities regarding salary adjustments, expired terms, permanent appointment of nurses and request for protection supplies.

For its part, the Ministry of Health (Minsa) expressed its disagreement with this call for a strike and reiterated the call for dialogue.
#MINSA
Add Comment