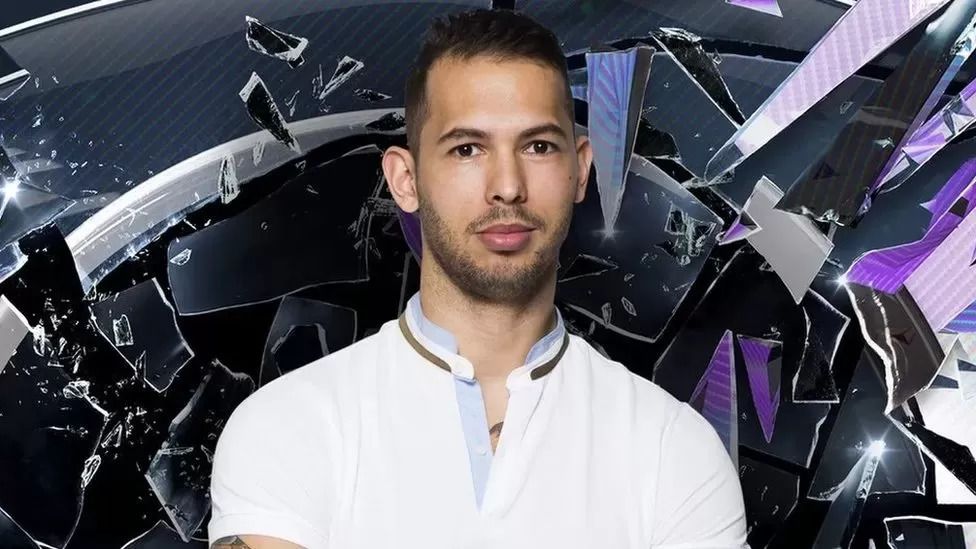 The former kickboxer rose to fame in 2016 when he was removed from TV show Big Brother over a video which appeared to depict him attacking a woman.

He went on to gain notoriety online, with Twitter banning him for saying women should "bear responsibility" for being sexually assaulted.

That number had grown rapidly from around one million followers in June.

Meta said it had removed the kickboxing star from its platforms for violating its policies on dangerous organisations and individuals but did not provide further details.

At the time of his removal from Big Brother, Mr Tate said the video had been edited, calling it "a total lie trying to make me look bad".

He has not yet commented on the Meta ban.

Andrew Tate's videos - promoting misogyny and targeting women - have come to prominence this summer with many teens commenting on just how much he's appearing on their social media feeds.

His content has raised concerns about the real-world effect it could have, especially on the younger users exposed to it during their school holidays when they have time on their hands.

The focus has been primarily on TikTok, where users say they've been readily served up his videos - sparking a new wave of videos commenting on and criticising Mr Tate's content. YouTube has also found itself under pressure since it's where he has racked up millions of views.

I revealed how social media sites promote anti-women hate for BBC Panorama. The investigations exposed how some platforms' algorithms were recommending more and more misogyny to a troll account.

Since then, several sites have made commitments to better protect female users. But, once again, questions are being raised about the role social media sites play in pushing anti-women content.

'A genuine threat to young men'

He has drawn criticism online for his comments, particularly from UK advocacy group Hope Not Hate, which welcomed the most recent ban.

Joe Mulhall, director of research at the group, said Mr Tate "poses a genuine threat to young men, radicalising them towards extremism misogyny, racism and homophobia".

He added: "We've provided significant evidence to the major social media platforms, including Meta, about his activity and why he must be removed.

"We welcome Meta's swift action to remove Andrew Tate and we'll be putting pressure on TikTok to follow this example. They must act now to prevent further spread of these extremist views."

A TikTok spokesperson told the BBC: "Misogyny is a hateful ideology that is not tolerated on TikTok.

"We've been removing violative videos and accounts for weeks, and we welcome the news that other platforms are also taking action against this individual."

Videos about Mr Tate have proved popular across social media platforms, particularly on TikTok where videos using the #AndrewTate hashtag have been viewed more than 12.7 billion times.

But this number represents not just videos of Tate and his supporters - it also includes videos made by people criticising the influencer.

And on YouTube, some of his most popular videos have had millions of views.

In one video, during which he was interviewed by another YouTuber, he said he was "absolutely a misogynist", adding: "I'm a realist and when you're a realist you're sexist. There's no way you can be rooted in reality and not be sexist."

Later in the same video he called women "intrinsically lazy" and said there was "no such thing as an independent female".

In a different video, Mr Tate said: "If I have responsibility over her, then I must have a degree of authority."

He added: "You can't be responsible for a dog if it doesn't obey you."