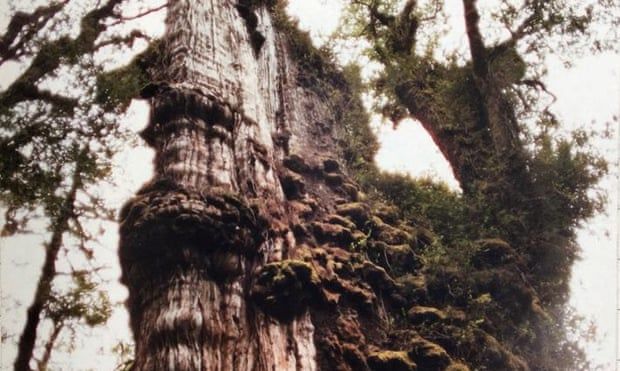 Ancient cypress in Chile may be the world’s oldest tree, new study suggests

A new study carried out by Dr Jonathan Barichivich, a Chilean scientist at the Climate and Environmental Sciences Laboratory in Paris, suggests that the tree, a Patagonian cypress, also known as the alerce milenario, could be up to 5,484 years old.

Maisa Rojas, who became Chile’s environment minister in March and is a member of the United Nations’ Intergovernmental Panel on Climate Change, hailed the news as a “marvellous scientific discovery”.

Known in Spanish as the alerce, the Patagonian cypress, Fitzroya cupressoides, is a conifer native to Chile and Argentina that belongs to the same family as giant sequoias and redwoods.

They grow incredibly slowly and can reach heights of up to 45 metres (150ft).

In 2020, Barichivich took a bore sample from the Alerce Milenario, a tree he would visit as a child, but the tool he used was not able to reach its core. He then used computer models to factor in environmental factors and random variation to pinpoint its age.

As he has not yet carried out a full count of its growth rings, Barichivich has not formally published his estimate in a journal, although he hopes to do so in the coming months.

If his findings are proven, the Alerce Milenario would outstrip a 4,853-year-old bristlecone pine in California known as Methuselah, and now thought to be the oldest tree, by 600 years.

The Great-Grandfather towers over a cool, humid valley in the Alerce Costero national park, its gnarled crevices sheltering mosses, lichens and other plants.

Visitors are still able to circle its base, which according to Barichivich is causing harm to the tree, along with climate change drying out the area.

Logging plantations cover more than 2.3m hectares of southern Chile, according to the country’s forestry institute, and cellulose production is a major industry for the country.

Between 1973 and 2011, more than 780,000 hectares of native forest were lost in Chile, and the forestry commission estimates that over the last two decades, between 60,000 and 70,000 hectares or native woodland has been destroyed each year.
Add Comment