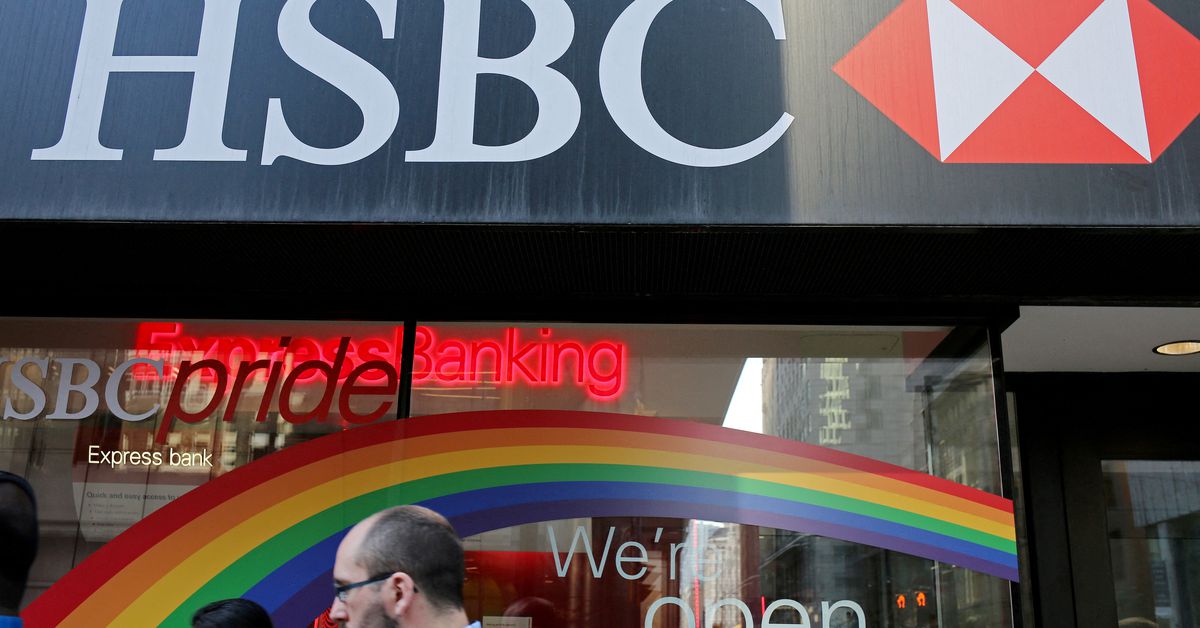 As British lender HSBC Plc explores a potential sale of its Canadian unit, lawyers and analysts say the country's concentrated banking market could discourage big domestic banks from bidding as the government has charged the antitrust regulator to push for more competition.

An HSBC deal would be the first big banking sale in a decade in Canada, one of the world's most concentrated markets where the top six banks control about 80% of total assets, according to Reuters calculations, about double the saturation of the United States where the top five banks control 40%.

The market is so saturated that Canadian banks are expanding overseas to reduce their exposure and the Competition Bureau Canada was granted more powers to prevent further concentration.

The most likely bidders who would have the least trouble with antitrust regulators are smaller Canadian banks, analysts said, while a sale to a Chinese bank would not have antitrust problems but could be scuttled by national security concerns.

Reuters reported on Tuesday that HSBC has tapped JPMorgan Chase to handle a potential sale of Canada's seventh biggest lender by assets to beef up the parent bank's returns as demanded by its largest shareholder.

HSBC's Canadian unit could be valued around C$8 billion ($5.9 billion) to C$10 billion ($7.4 billion), analysts estimate. It generated C$952 million of pre-tax profit in 2021, according to its annual report.

The universe of potential buyers could already be small since some large Canadian lenders, including Toronto Dominion Bank (TD.TO), and Bank of Montreal (BMO.TO) are in the middle of buying assets in the United States, said James Shannan, senior equity analyst with Edward Jones.

"No banks in Canada seem to be likely candidates for this deal," Shannan said. He ruled out any bids by U.S.-based banks, saying they have been unsuccessful in expanding in Canada due to high disclosure and capital adequacy requirements.

He said Royal Bank of Canada (RY.TO), the country's biggest lender, has the capacity to do the deal but might not be attracted by HSBC's business mix.

Gabriel Dechaine, a banking analyst with National Bank of Canada (NA.TO) said in a note that regulatory hurdles will be even higher for RBC than other Canadian banks, although all would face competition issues.

Smaller lenders such as National Bank of Canada (NA.TO) and some Chinese suitors are likely to show interest, analysts said.

Keefe, Bruyette & Woods said in a research note that HSBC's footprint in western Canada could give an instant diversification to Montreal-based National Bank.

National Bank, which has a market value of C$30.1 billion, declined to comment.

Dechaine said HSBC's business could be attractive for a large Chinese bank. But national security issues could complicate the process.

"Possibly, the federal government would be concerned about whether acquisition of HSBC Canada by a Chinese-controlled buyer would enable the Chinese government to have access to the Canadian banking system," said John F. Clifford, CEO McMillan LLP.

"I can easily envision the federal government taking a very deep dive to assess the potential security and public interest concerns."

HSBC Bank Canada is the biggest international player in Canada, with commercial banking, personal banking, investment banking and markets services businesses. Still, its $120 billion assets in Canada are much smaller than those of National Bank, Canada's sixth largest, with assets of C$387 billion.

Consumer advocates have long complained about high fees for everyday banking, and would probably oppose further consolidation. The average monthly fee on a Canadian checking account is $11, compared with $7 in the United States, according to a Reuters analysis that excluded student accounts.

The Competition Bureau Canada said in an email to Reuters that if the federal ministry of finance in public interest certifies a banking merger, there will not be any scope for litigation.

In 1998, the government of Canada blocked RBC's proposed acquisition of BMO, and TD and CIBC merger on grounds that the deal would lead to an unacceptable concentration of economic power.

Since then the only sizeable banking deal to be approved was Scotiabank's C$3.1 billion purchase of ING Groep's Canadian online bank in 2012.

Nigel D'Souza, an investment analyst with Veritas Investment Research, said HSBC is unlikely to find a single buyer that can pass antitrust muster.

"So I think the most likely outcome for the deal to actually get done is for HSBC assets to be broken up and split across several of the larger banks," he added.