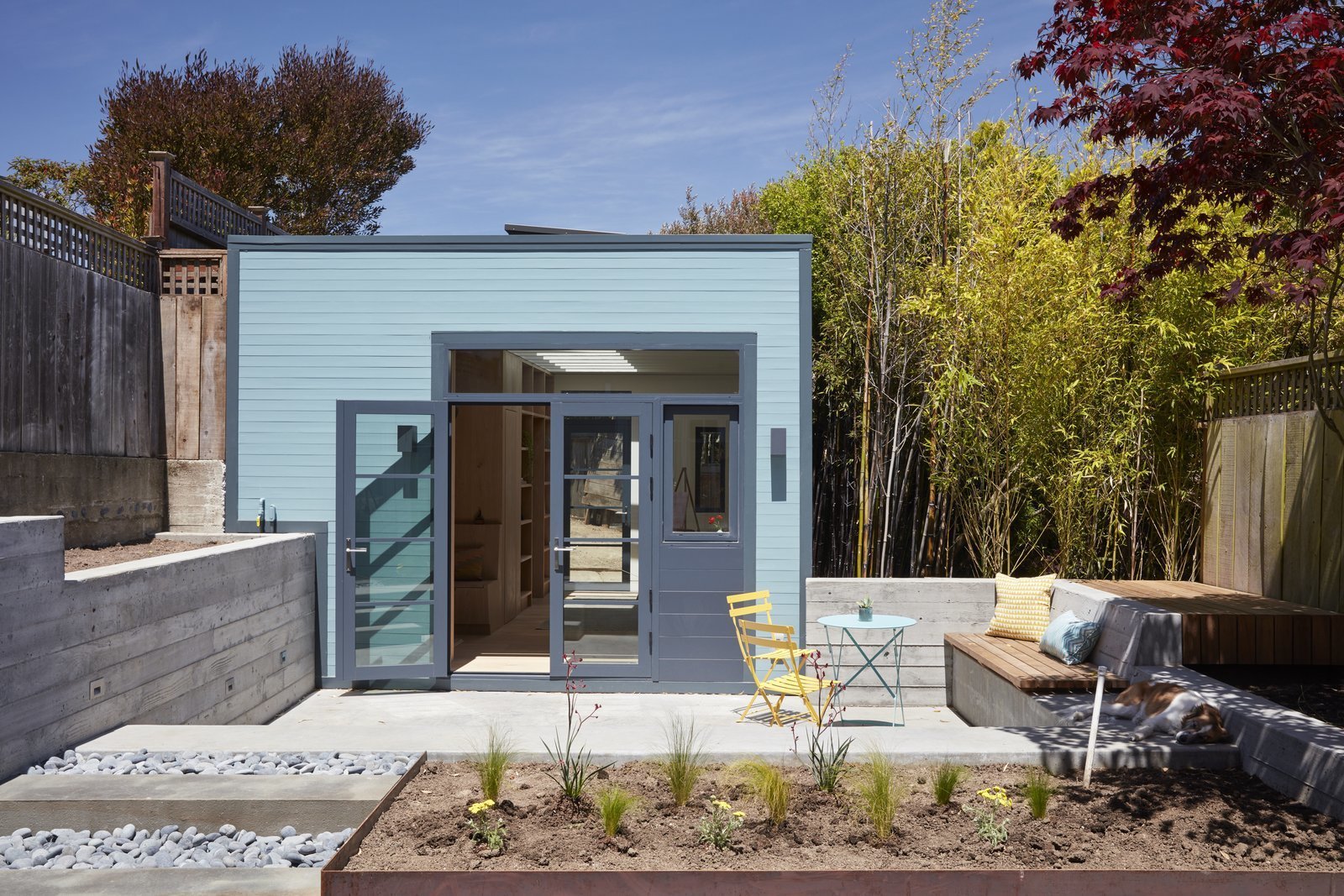 An Unused Garage Is Transformed Into a Light-Filled Backyard Studio

When San Francisco-based architect Beverly Choe took on the project of re-envisioning an old garage (once used as a carriage house that had become a dark and empty space), she sought to create an open and meditative backyard studio where a family can easily retreat to work, relax, and create-with a goal of making it a "box of suffused light." The result is a light-filled space that feels airy and minimal yet personal, thanks to elements that add warmth, including rugs and decorative items, such as greenery and handmade ceramic vases.

We talked to Beverly Choe about the transformative process of turning a barren backyard space into a secluded getaway just steps from the main house. 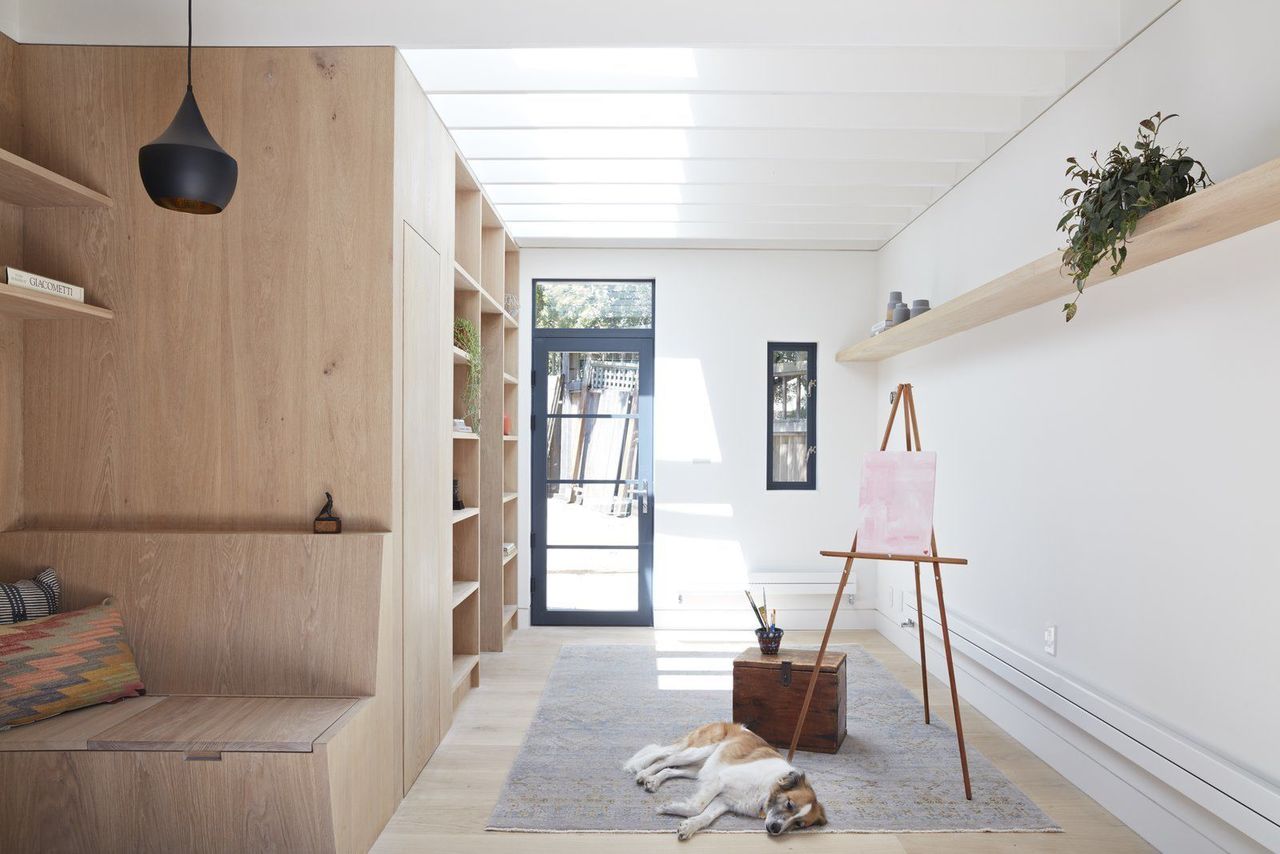 The process of converting the garage to a studio took one-and-a-half years from initial sketches to final completion. The design and permitting portion took five months, and construction took another year. 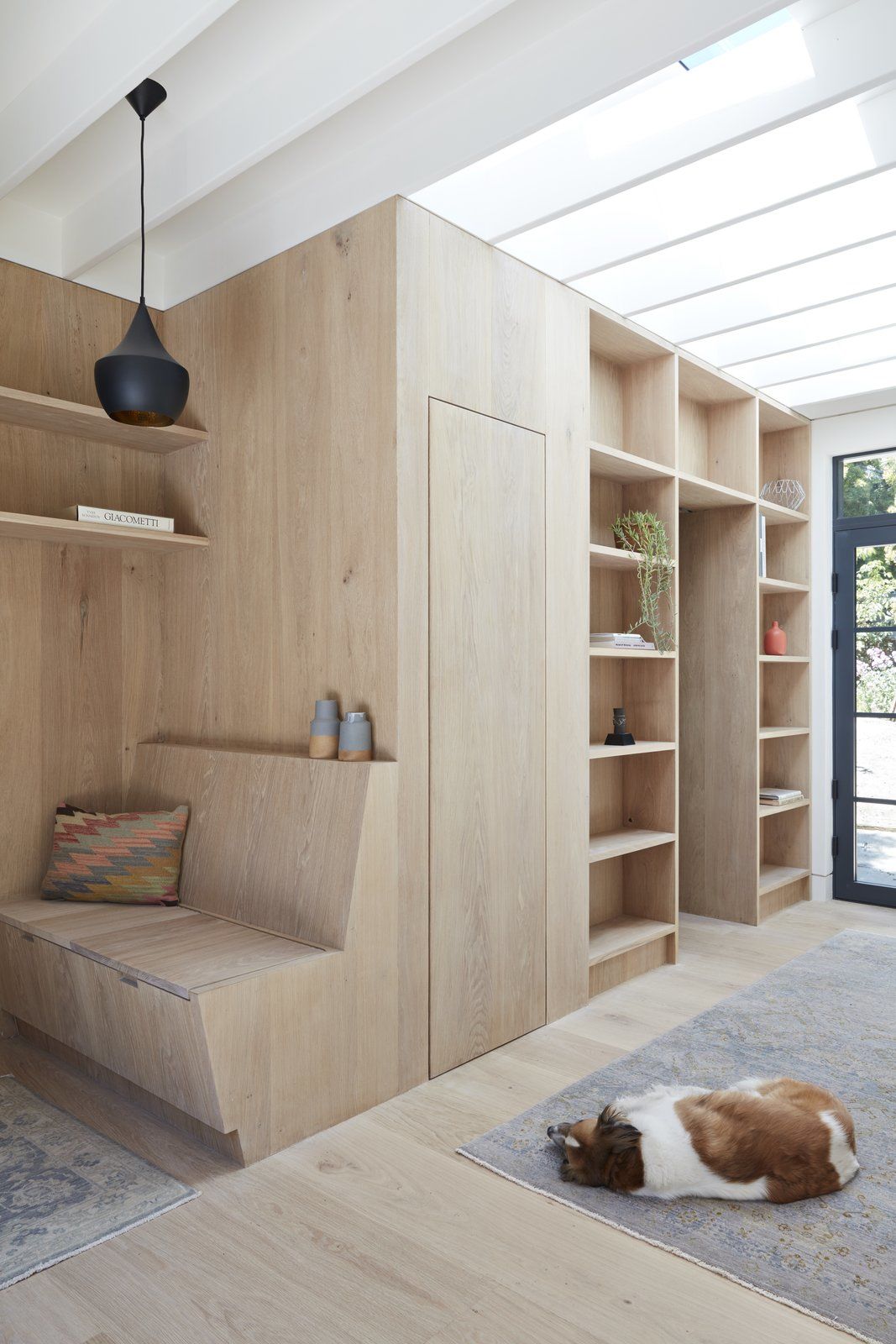 For this project, Beverly was "inspired by the infinite capacities of light" and worked to turn the small, dark garage into a bright studio by floating a skylight over the exposed structure. The light chimney works to capture sunlight while the exposed beams serve to minimize glare-which is important since the family will be reading, working on computers, and painting in the studio. The placement of oak casework works as a springboard from which light can further bounce, creating "a multilayered, ever-changing lightscape within the space." It also helps "thicken the space" with light. 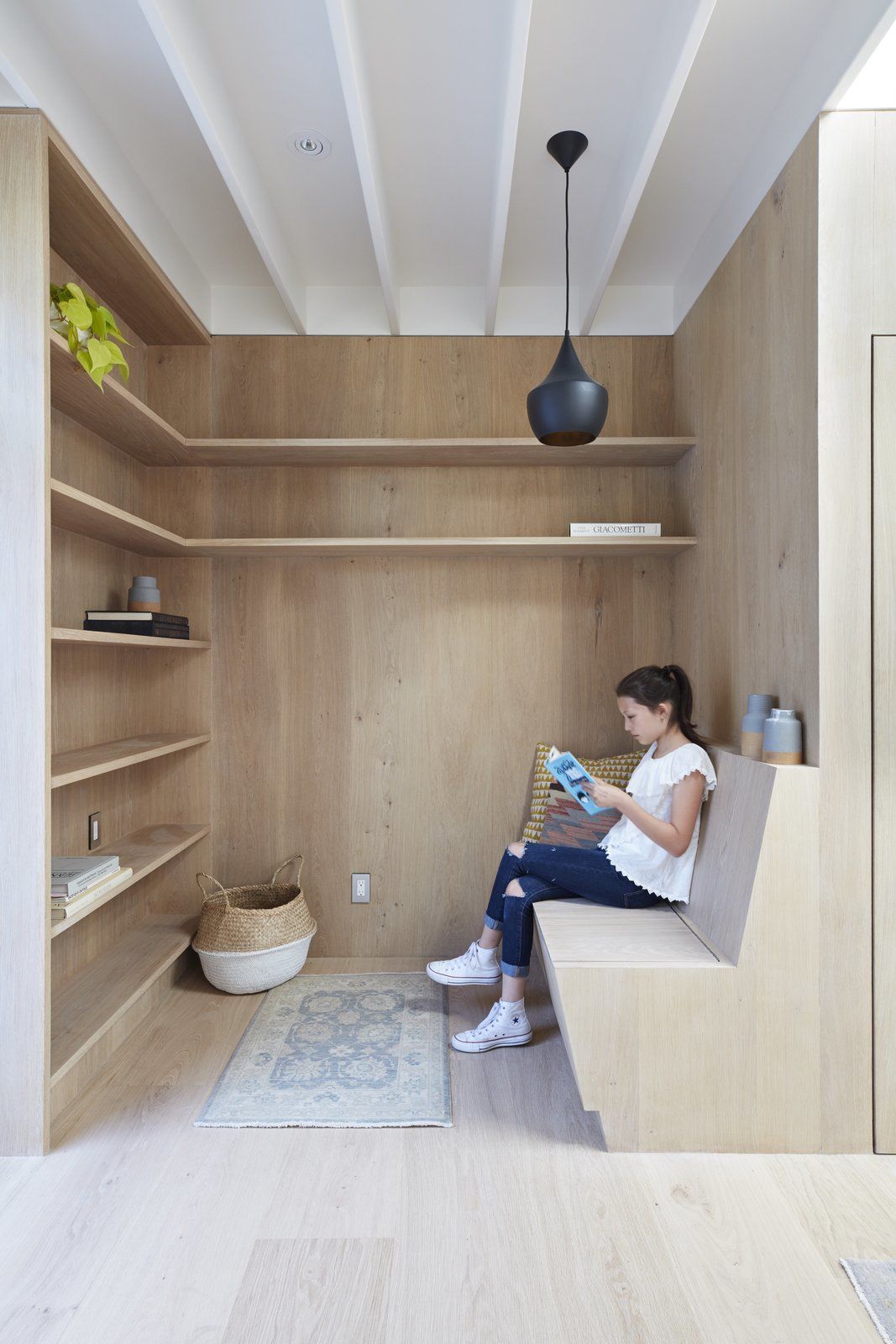 The main studio was designed to be open and flexible, as the family will be using the space for painting, reading, remote work, and relaxing. 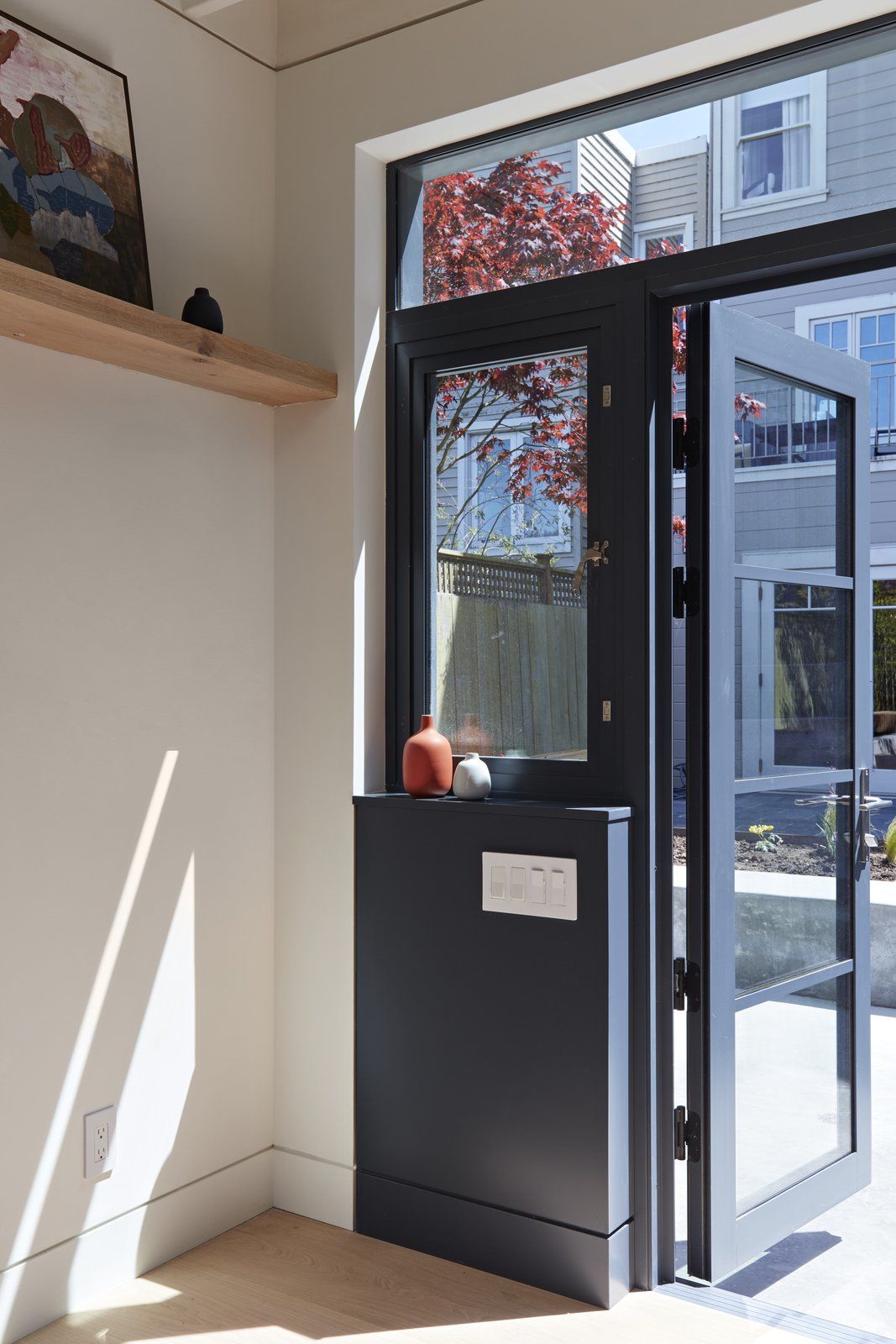 One of the biggest challenges Beverly faced was having to work around the existing building's form, which couldn't be demolished due to the structure's semi-historic status. The original space felt oppressive and seemed disconnected from the rest of the yard, so Beverly decided to build down, up, and out in ways that conformed to the San Francisco Planning Department's regulations. They built down by excavating half of the back part of the yard by almost two feet, which in turn allows the studio to have a taller, more pronounced presence in the yard. 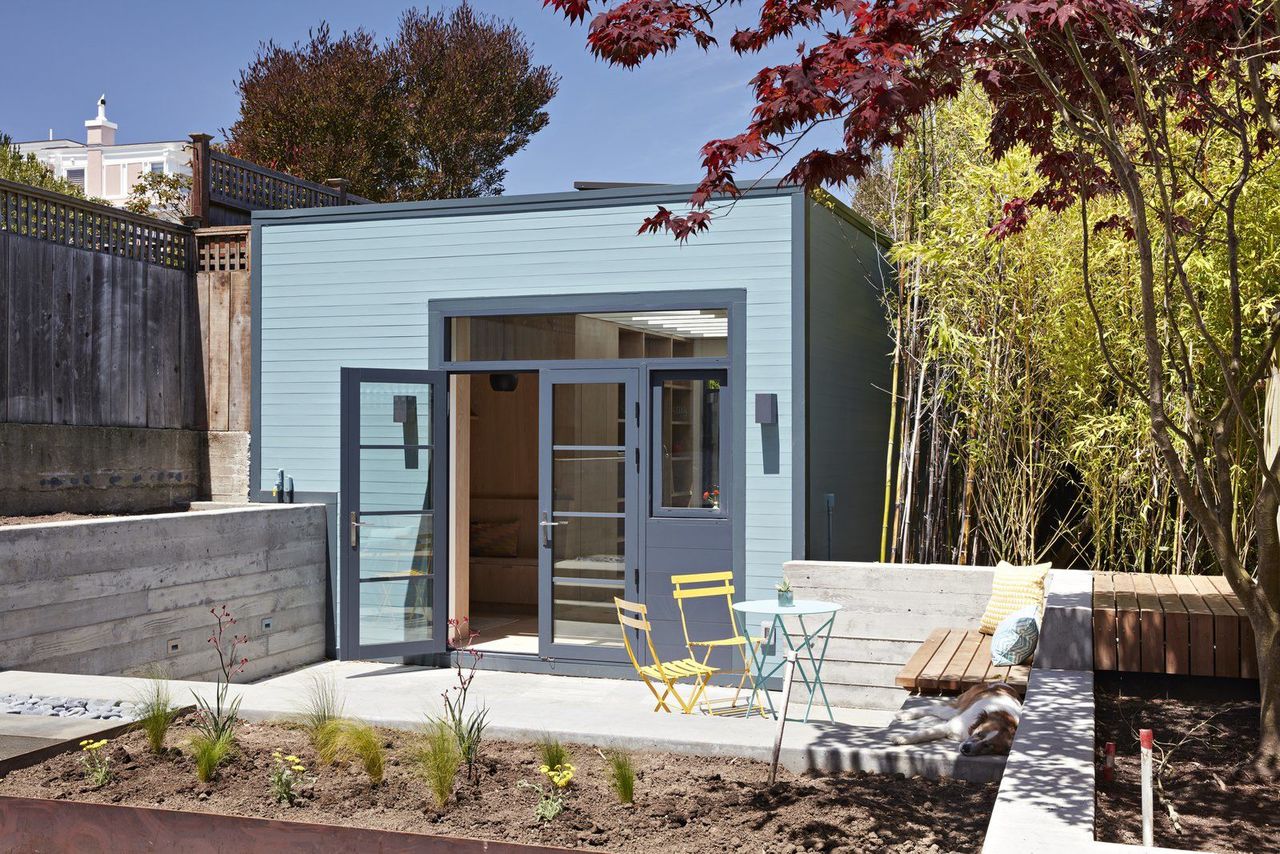 Beverly maintained a sense of openness and created visual continuity between finishes through the use of oak panels to articulate the western wall of shelves-the seams of which align with the floor boards to create a continual visual flow. 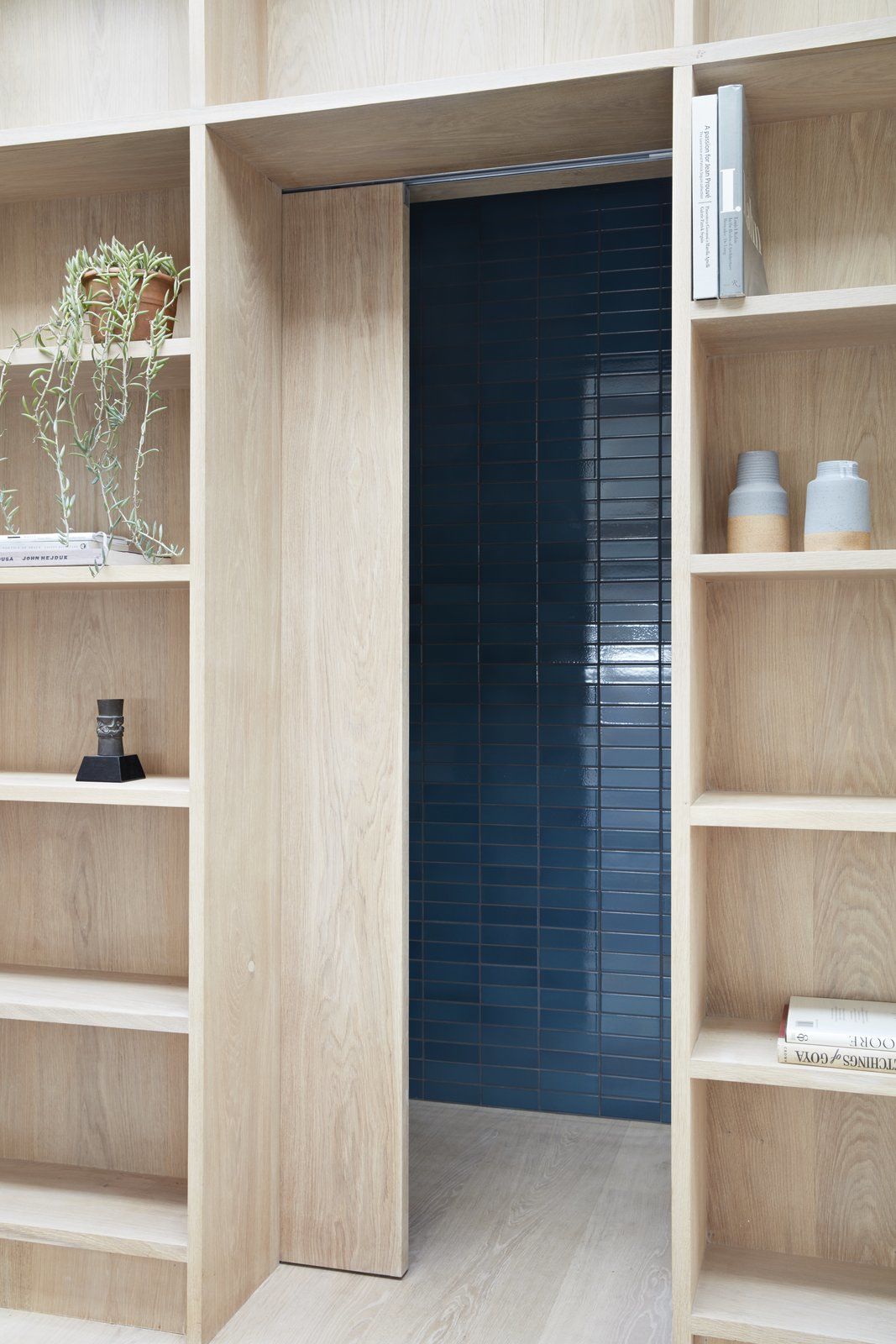 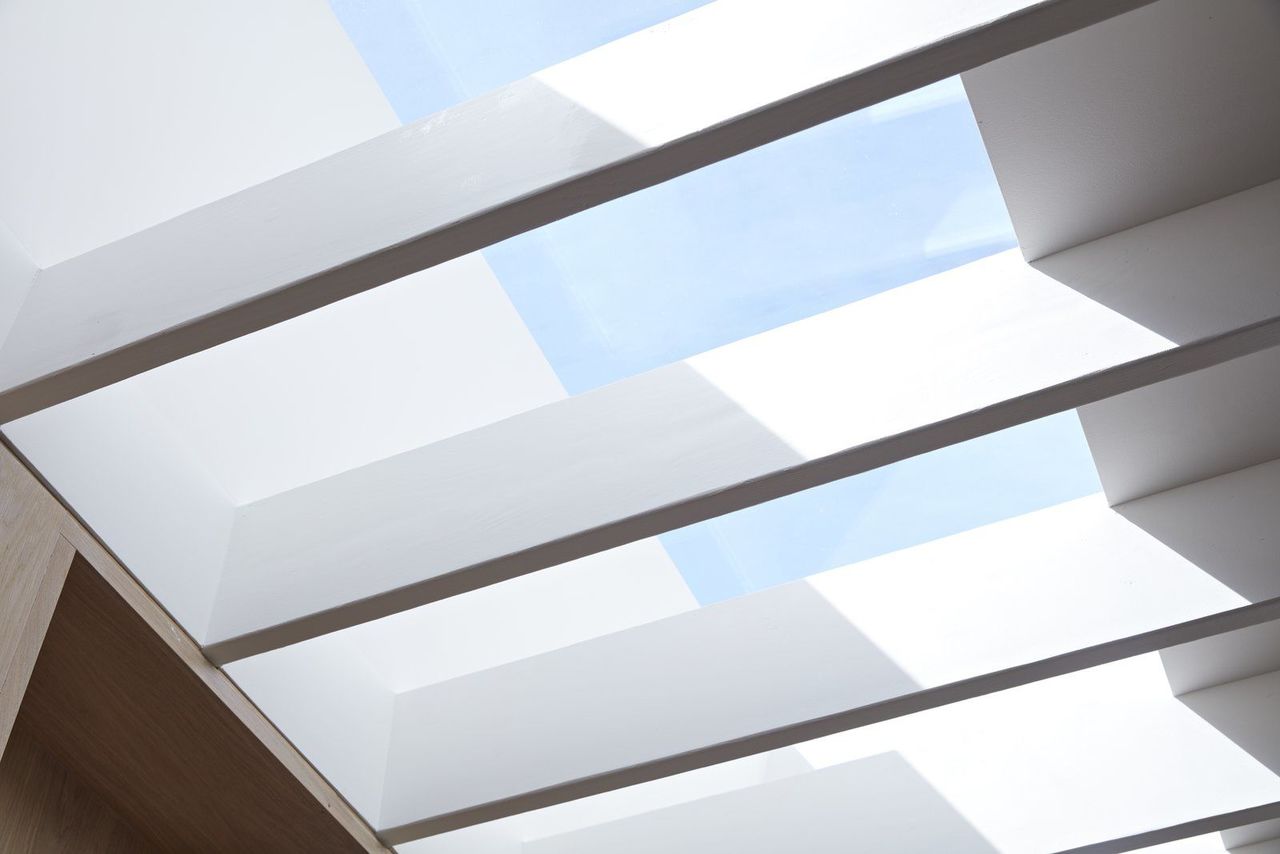 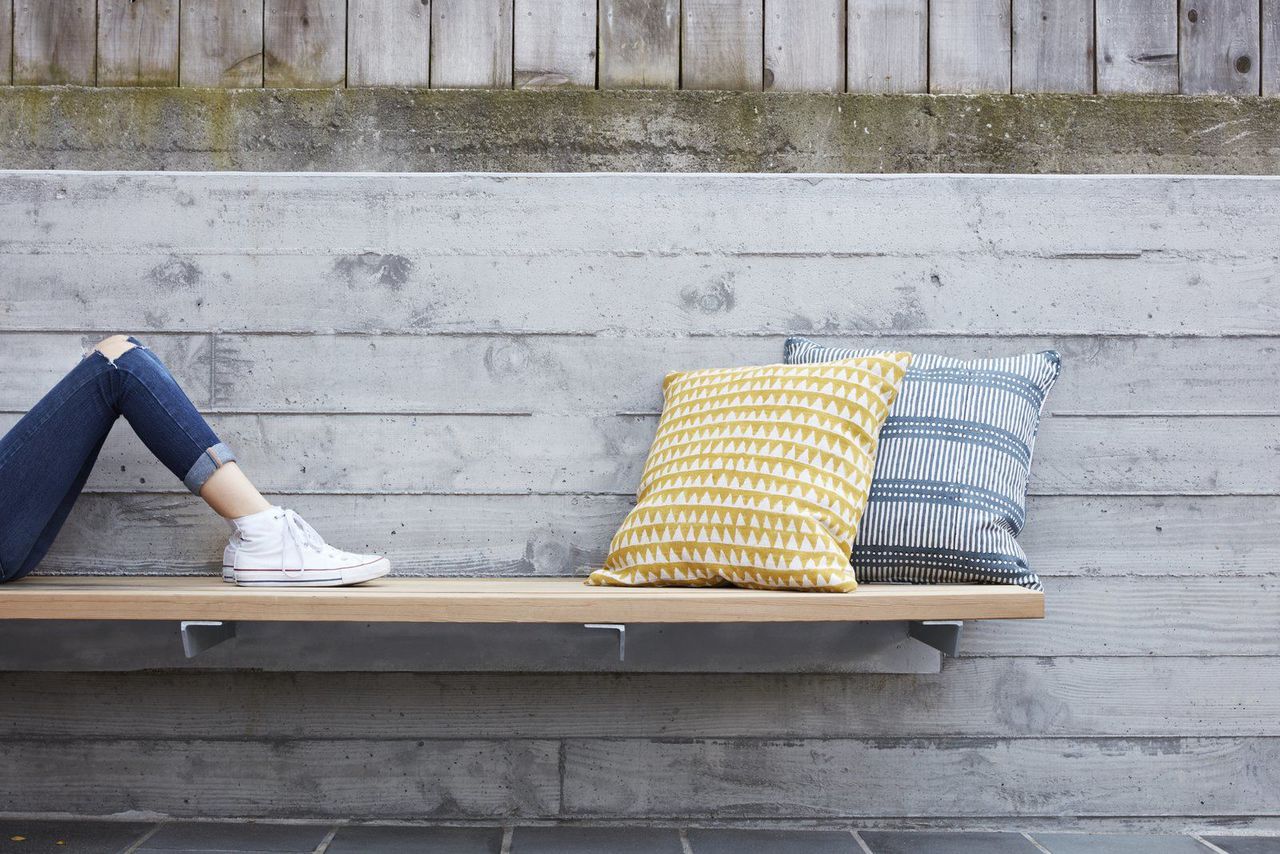 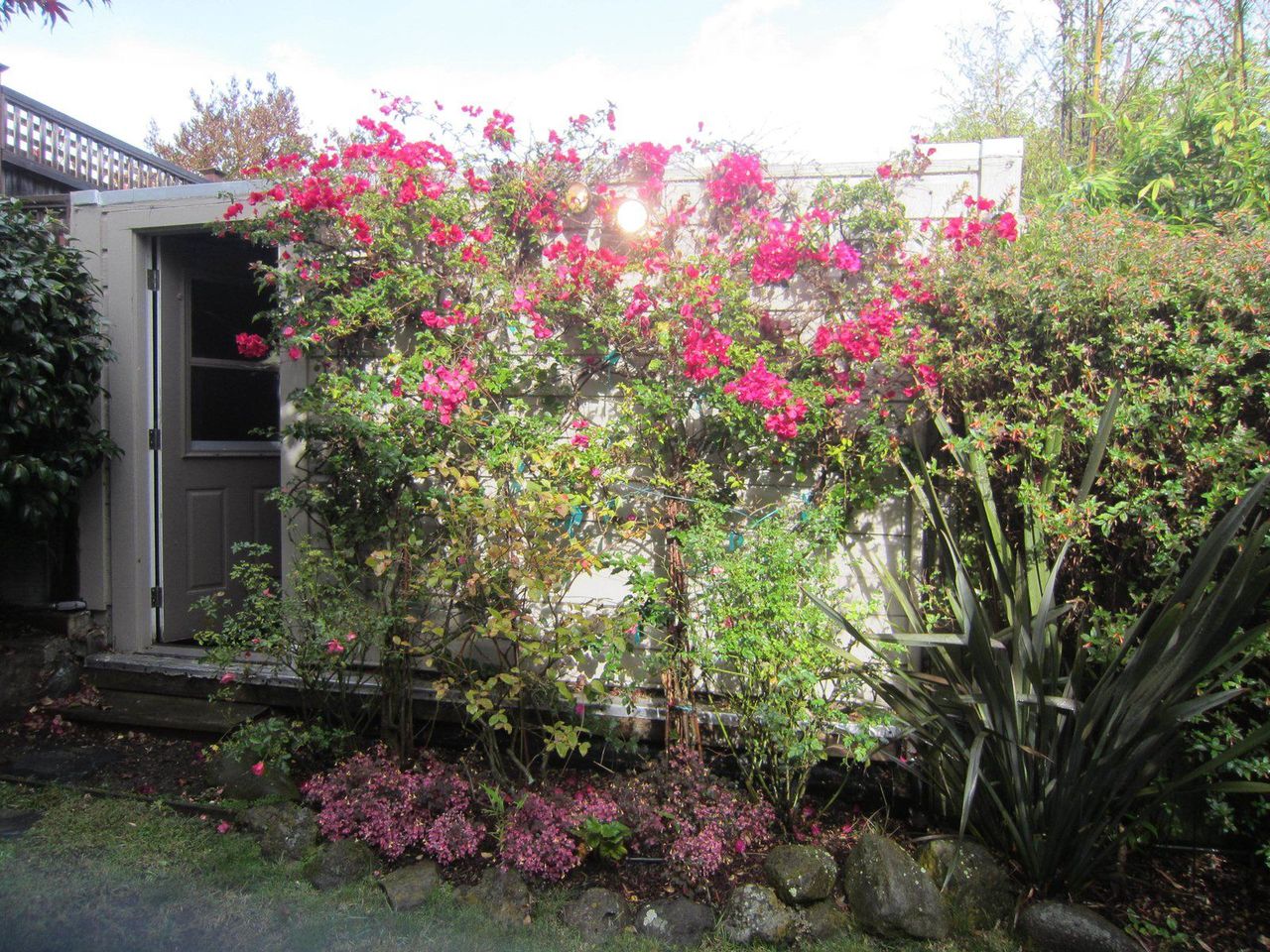 Shown here is the "before" state of the now-renovated studio when it was an unused carriage house/garage.