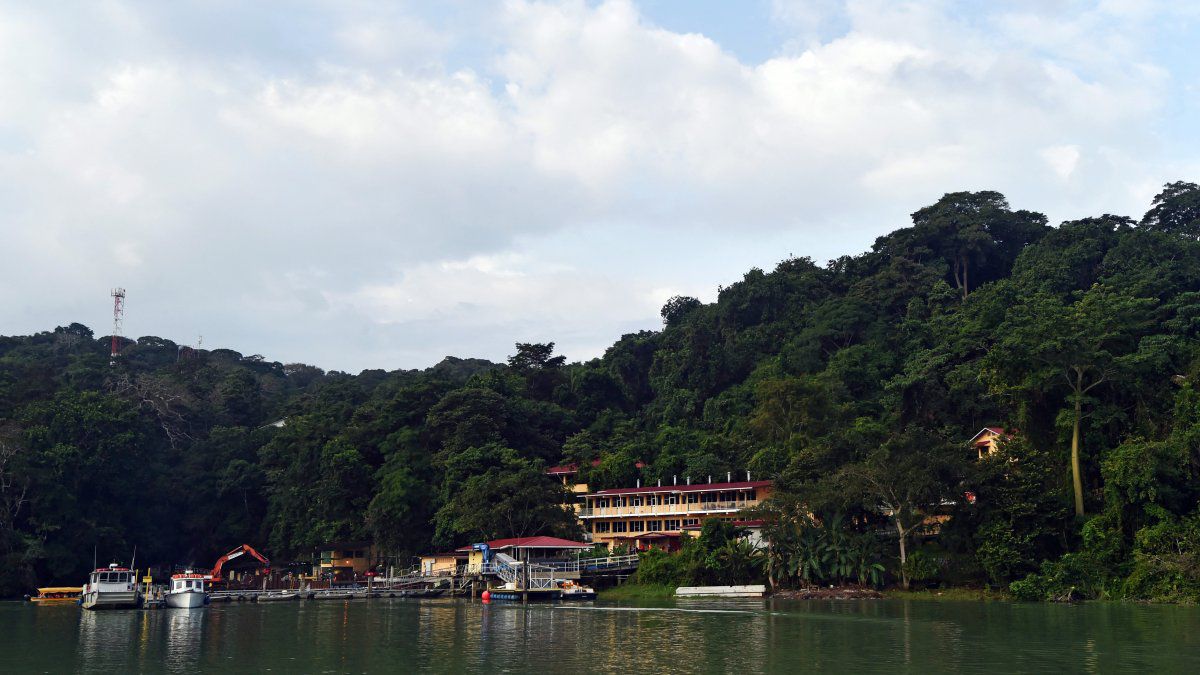 An island of Panama, isolated from humans, loses its biodiversity

Barro Colorado, at 15 square kilometers, was never a regular island, said Smithsonian visiting scientist Douglas Robinson.
Barro Colorado, an island formed by the construction of the Panama Canal and the artificial Gatun lake that feeds it, lost nearly a quarter of its bird species in a century despite being protected from human disturbance, the scientist from Smithsonian Institute of Tropical Research said on Thursday.

This situation stems from a combination of factors that has slowly transformed the Barro Colorado bird community into one that resembles that of the driest and most disturbed forests in the region, the organization said in a statement.

"Exceptionally, the Barro Colorado bird community has been documented by ornithologists for 90 years. When the studies began, at the beginning of the 20th century, around 228 species of birds could be found on the island," reported the visiting scientist from the Smithsonian, Douglas Robinson.

Robinson is part of the research team that explored the reasons why Barro Colorado "has lost biodiversity, about a quarter of its species" of birds.

The scientific entity explained that Barro Colorado, with an area of ​​15 square kilometers, was never a regular island: it was a fragment of forest on top of a hill that had been isolated by the creation of an artificial lake, which had some advantages for biodiversity conservation, such as resistance to exotic invaders and protection from human disturbances.

But on the other hand, after isolating themselves from the continental forest, some birds on the island began to experience new challenges, such as those associated with humid and rainy forests, since Barro Colorado does not have streams or permanent water sources and is exposed to the winds that they hit Gatun Lake, which makes it drier.

In this context, explained the institute, "the BCI bird community has lost approximately a quarter of its species. Most had similar traits: they were sensitive to drought, they were not very abundant at first or they had very particular diets."

Furthermore, "many land birds also disappeared, even though they were still abundant in the adjacent continental forests, because they could not fly long distances and could not cross the lake to maintain populations on the island."

The research team, who described their findings in Scientific Reports, indicated that rainfall patterns are also changing, with extreme dry spells more frequent throughout the region.

In the past, these dry spells may have led to increased bird extinction rates, and it is possible "that about 12 more bird species will be lost in the next two decades, if the patterns of climate change remain the same. ".

"The proposition that simply protecting rainforests will maintain their diversity in the long term is increasingly less supported given recent findings of bird declines in vast intact Amazon forests," Robinson said.

The Smithsonian Tropical Research Institute, a unit of the Smithsonian Institution based in Panama City, fosters an understanding of tropical nature and its importance to human well-being, according to its website.