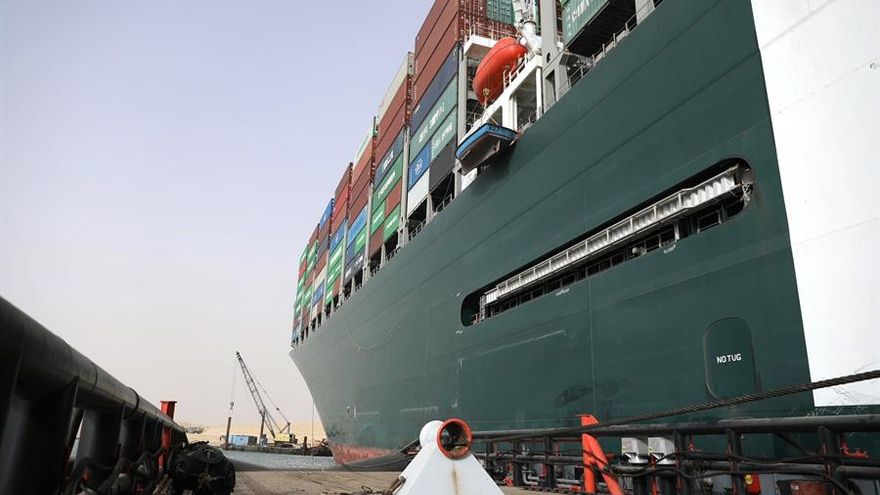 The Panama Maritime Authority (AMP) initiated an investigation into the Panamanian-flagged container ship that remains stranded in the Suez Canal.

It seeks to determine the possible causes of the accident, reported the general director of the Merchant Marine (DGMM), Rafael Cigarruista.

According to the AMP, preliminary reports indicate that “the Ever Given ship, with IMO number: 9811000, belonging to the Panama Ship Registry, at approximately 5:40 am (UTC) when it was passing through the Suez Canal, despite the strong winds and a sandstorm, with two pilots on board (starters in Suez), suffered problems in his machine that affected his maneuverability.”

However, the reasons for its grounding have not yet been determined.

The AMP noted that so far there is no contamination or injuries, but structural damage to the ship.

RELATED: At least 15 ships are blocked by a Panamanian-flagged vessel crossed in Suez Canal

In addition, the Suez Canal Authority decided this Thursday to temporarily suspend navigation while refloating work on the container ship that has been stranded since Tuesday is completed.

The AMP explained that by having these dimensions, the container walls act as sails and the ship can be subject to gusts of wind.

For its part, the DGMM Research and Maritime Affairs Department (DIAM) team is in constant contact with the ship's operators and with the Egyptian Authority for Maritime Safety (EAMS).

The WAP indicated that it is in full collaboration with international authorities, thus complying with the provisions of the Code for the Investigation of Maritime Accidents and Events, which indicates the joint participation of the States with an interest in the investigation of any maritime accident.

Located in Egypt, the Suez Canal connects the Mediterranean Sea with the Red Sea, shortening the route between Europe and Asia. It is estimated that between 8% and 10% of international maritime trade passes through it, with shipments of products ranging from oil to consumer items.

Due to the incident, at least 15 ships remain blocked.