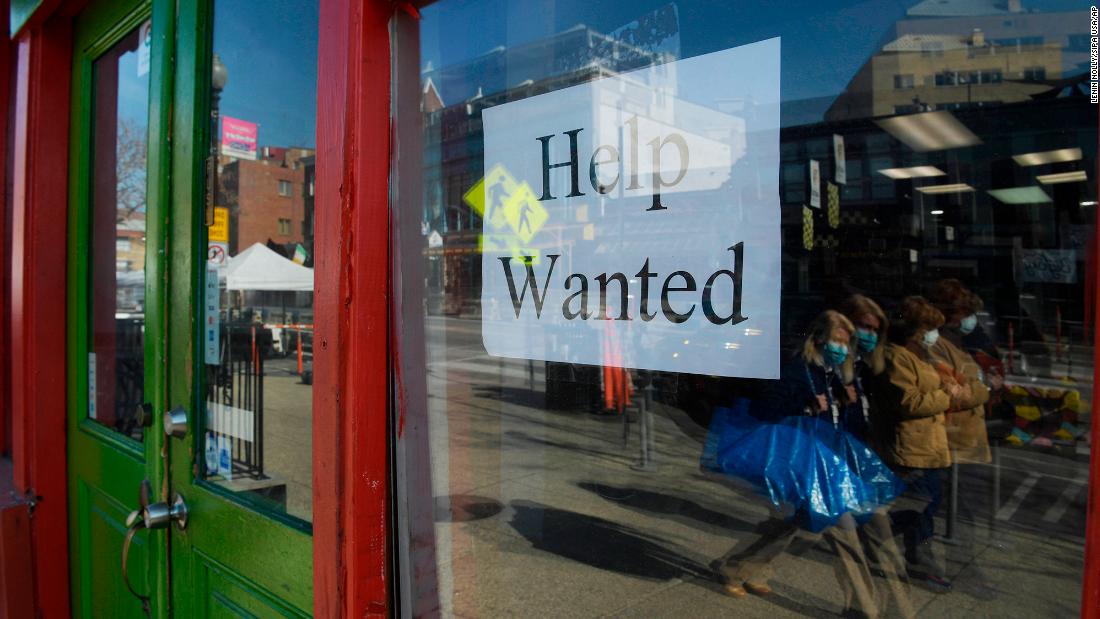 Omicron threw a wrench into America's economy at the start of 2022: The US private sector lost hundreds of thousands of jobs in January, according to Wednesday's ADP Employment Report.

The loss of 301,000 private-sector positions came as a surprise to economists who had predicted businesses had added 207,000 jobs. It was also the first decline in the ADP report since December 2020.

The ADP report relies on private payrolls, unlike the government's jobs report that counts all workers. Also of note: ADP counts workers on a company's payroll, irrespective of whether they were out sick.

That Bureau of Labor Statistics' report is due Friday morning, with economists predicting 150,000 jobs added, according to Refinitiv. But not all economists are so optimistic. Goldman Sachs (GS) expects a decline of 250,000 jobs in Friday's report, for example.

"The details of the ADP employment report indicate a large and likely temporary drag from Omicron on January employment," economists at the bank said.

The drop in Wednesday's report was also a sharp slowdown from the December report, which showed a whopping 807,000 jobs added as the Omicron variant of Covid-19 wasn't as widespread at the time.

Last month was a conflation of almost every labor market trend seen during the pandemic, including business closures, labor shortages, and negative effects from child care and school being closed, ADP chief economist Nela Richardson told reporters on a conference call Wednesday.

Almost all major industries recorded losses, led by leisure and hospitality, where more than 150,000 jobs were lost. Only mining added 4,000 positions.

Small businesses with fewer than 50 employees recorded the most losses — though businesses of all sizes shed positions.

Even so, "there is good evidence to suggest that January represents a speed bump, not a stop," as Omicron cases are starting to abate, Richardson said.

Employers' appetite to hire was strong going into 2022.

America still has more open positions than workers to hire — a trend that will likely continue this year. But as companies compete with each other for workers. they're all also trying to fend off soaring inflation. This has driven up wages, particularly in lower-paying services jobs and consumer-facing jobs, Richardson said.