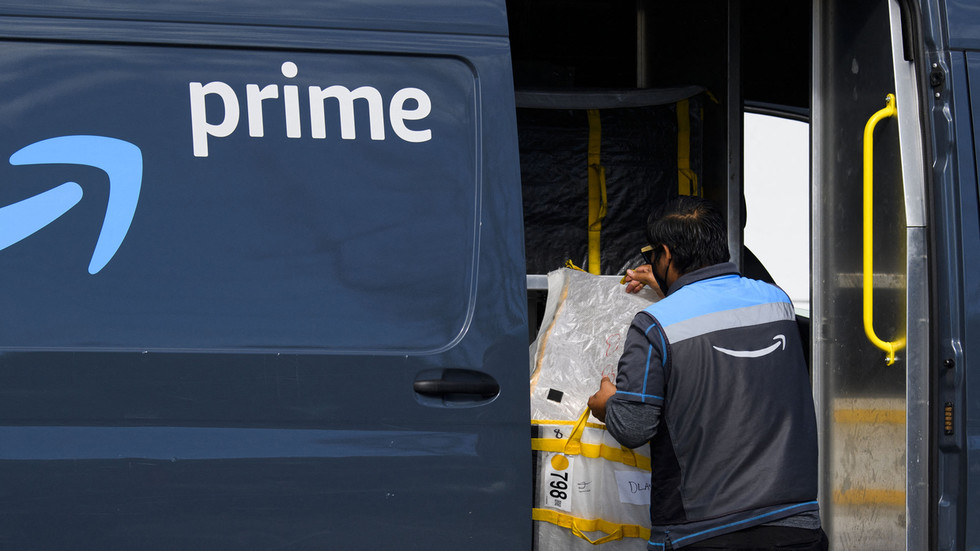 Drivers who deliver parcels for Amazon, but are hired through third party companies to provide the service, demand they be given the same rights as employees of the company.
Currently, drivers delivering packages for Amazon under its ‘Delivery Service Partners’ scheme have no right to receive minimum wage or have a secure employment contract, according to law firm Leigh Day, which is preparing the case.

The law firm is already working on legal action on behalf of two delivery drivers and is encouraging others to join the group case against the company, as it believes Amazon has a duty to provide employment rights since it tells them how and when to work.

“It appears that Amazon is short-changing drivers making deliveries on their behalf,” Leigh Day’s Kate Robinson said, adding that it’s “time for Amazon to stop putting profit above people.”

Leigh Day believes that, if it’s successful, delivery drivers could be entitled to millions of pounds of compensation, something Robinson claims would be a “drop in the ocean” for the company.

Amazon has defended itself in the past over accusations about the treatment of delivery drivers, claiming it is committed to ensuring the companies they work for pay them fairly despite them not being directly employed by the e-commerce company.

Earlier in 2021, Leigh Day won a landmark case against Uber after a long legal battle, where the UK Supreme Court ruled that the ride-hailing app’s drivers are entitled to employment rights under the law.

That case had similarly been launched by two former Uber drivers who argued that, as they work for the company, they should be classed as employees, not self-employed individuals, which would grant them the right to receive basic rights, including minimum wage and paid sick leave.
Add Comment