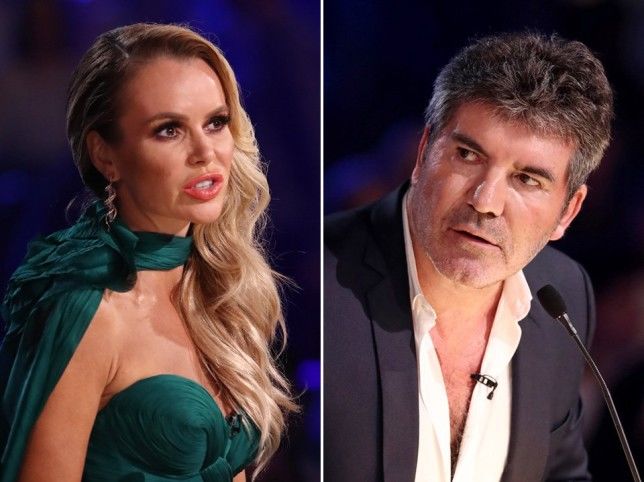 While many Britain’s Got Talent judges have come and gone, Amanda Holden has warned Simon Cowell she will never get replaced on the panel.

The actress and presenter, 51, has sat beside Simon, 62, since Britain’s Got Talent began in 2007, initially alongside then TV judge Piers Morgan.

Since then the likes of Kelly Brook, David Hasselhoff and Michael McIntyre have all joined the panel and left again, while Alesha Dixon and David Walliams have been firm fixtures for 10 years.

Amanda, however, even returned to Britain’s Got Talent weeks after almost dying in child birth, and has warned Simon that there is no one who could take her place, insisting instead the panel would have to be slashed down to three stars.

‘Don’t forget, I came out of a coma to go back on to Britain’s Got Talent,’ she said.

‘There’s no one who is taking my seat!’ 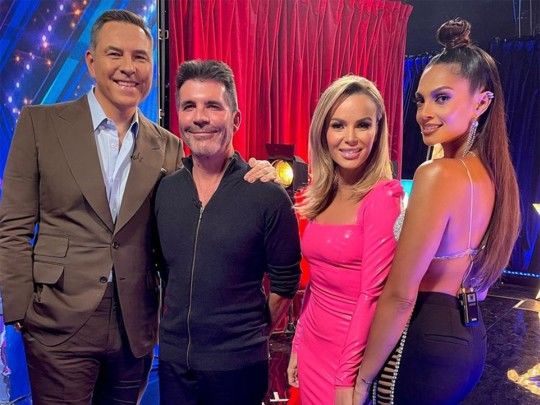 Britain’s Got Talentjudges have remained unchanged for 10 years

Amanda added to Daily Star it was an ‘incredible achievement’ that the panel and presenters have remained the same for so long.

‘I think we’re always grateful for the gig, but this year more than ever, we are happy to be back sat next to each other and be reunite,’ she enthused.

Britain’s Got Talent finally returned to ITV on Saturday and Sunday night, with Amanda jumping to her Golden Buzzer for singer Loren Allred, the unknown vocalist behind one of the biggest songs ever, Never Enough from The Greatest Showman, which was actually mimed by Rebecca Ferguson in the movie. 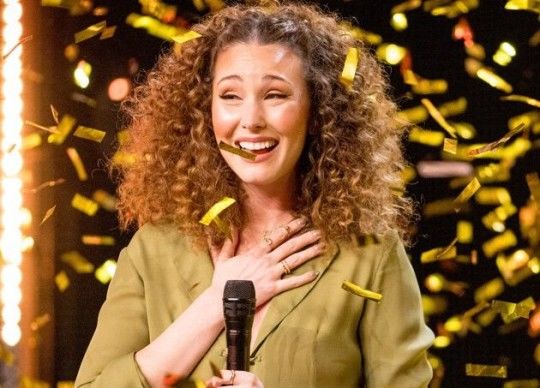 Loren has been forced to defend her spot in the contest, however, after rule trolls accused producers of ‘fixing’ the show.

‘Even though I have spent a lot of years in the music industry, people don’t know who I am. Over all these years I’ve been fighting for my chance to be known and to make it,’ she said.

‘The opportunity to sing “Never Enough” evolved from being a session singer in the choir, and even though the song was a big success, people still think that the actress sang it. I have never gotten the opportunity to tell my story. That’s never happened for me.’

She concluded: ‘I am an unsigned, independent artist still trying to make a name for myself.’