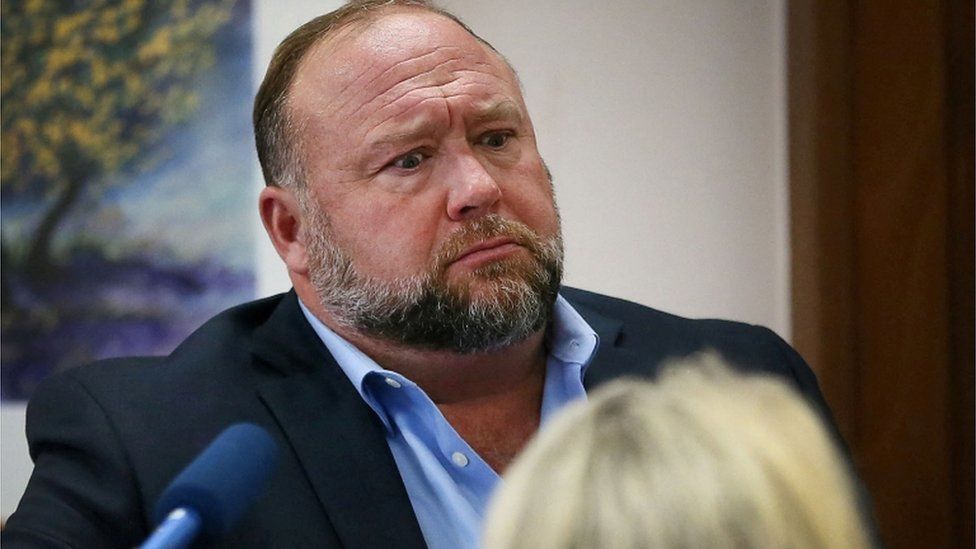 Conspiracy theorist Alex Jones has been ordered to pay $4.1m (£3.3m) in damages after falsely claiming the 2012 Sandy Hook school shooting was a hoax.

The parents of a victim have sought at least $150m in the Texas defamation trial against the Infowars founder.

They said they endured harassment and emotional distress because of the right-wing host's misinformation.

The jury in the city of Austin decided compensatory damages on Thursday, and must still determine any punitive damages.

Jones - who was not in court when the outcome was announced - has repeatedly argued that the shooting was a hoax organised by the government in order to strip Americans of gun ownership rights, and that the parents of the dead children were "crisis actors".

He has already lost a series of defamation cases brought by parents of the victims by default after failing to produce documents and testimony.

But this is the first in which financial damages were agreed by a jury.

The case was brought by Scarlett Lewis and Neil Heslin, the separated parents of six-year-old Jesse Lewis, who died in the school shooting.

Ahead of Thursday's decision, a lawyer for the plaintiffs revealed that Jones' lawyer had inadvertently sent him two years of texts from his client's phone.

The attorney said a congressional panel investigating last year's US Capitol riot had already requested access to the messages. The committee has said Jones helped organise a rally that took place just before the riot.

Despite retracting his claims about Sandy Hook, Jones has continued to use his platform to attack jurors and the judge in this case. 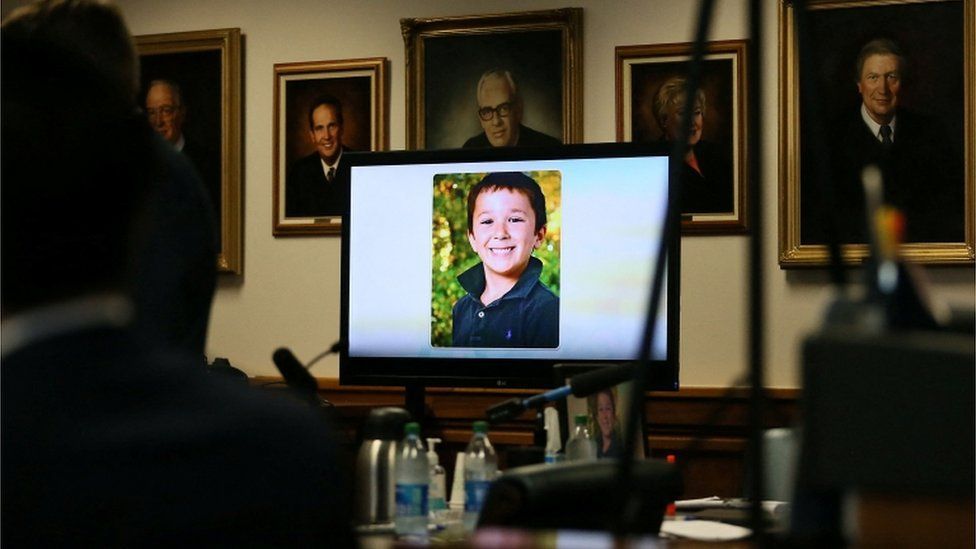 He also claimed he was bankrupt despite evidence that his companies were earning about $800,000 dollars a day selling diet supplements, gun paraphernalia and survivalist equipment.

During the emotionally charged two-week trial, Jones portrayed the case as an attack on his free speech rights under the First Amendment of the US Constitution.

"Speech is free, but lies you have to pay for," lawyers for the families countered in their opening arguments.

Testifying on Wednesday, Jones acknowledged the Sandy Hook attack was "100% real" and apologised for having "hurt these people's feelings".

But in her testimony, Mrs Lewis addressed Jones in court, saying: "Jesse was real… I'm a real mom."

She went on to say it is "incredible to me that we have to do this".

"That we have to implore you - not just implore you, punish you - to get you to stop lying," she continued, adding: "It is surreal what is going on in here."

Mr Heslin said that Jones' lies "tarnished the honour and legacy" of his son, adding that he had gone through nearly 10 years of "hell" since the attack.

According to lawyers for the parents, they were forced to hire private security for the trial out of concern that followers of Jones could seek to harm them. 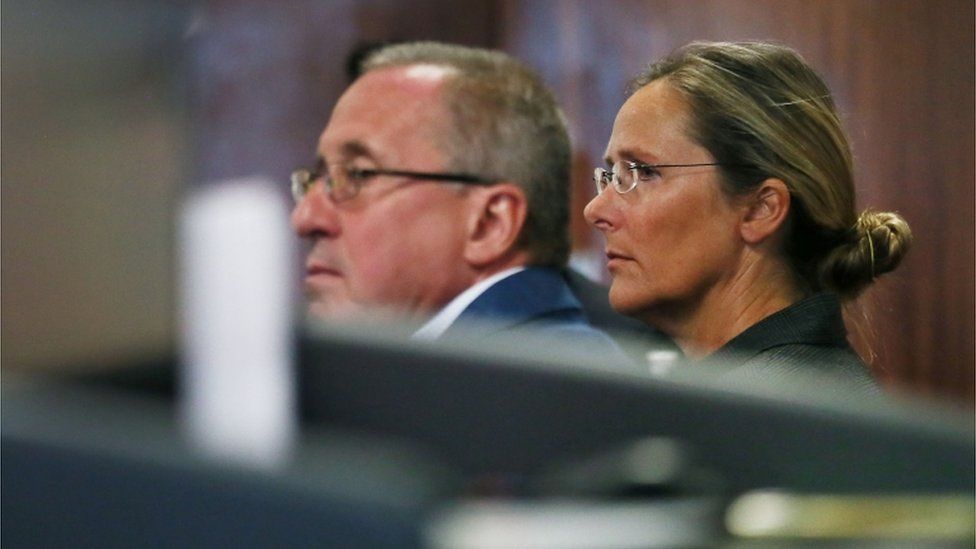 The parents said Jones had made their lives "hell"

One forensic psychiatrist testified that the parents were suffering from "complex post-traumatic stress disorder" similar to what battlefield soldiers or victims of child abuse endure.

Lawyers for the parents accused Jones of trying to hide evidence, and argued that he had committed perjury when he denied sending messages related to the Sandy Hook attack.

Other wild conspiracies pushed by Jones include that the US government is creating floods and tornados as "weather weapons" and that chemicals in drinking water are making frogs homosexual.

Lawyer Mark Banston, who represented the parents in the case, told reporters outside court on Thursday that his clients were not disappointed with the sum awarded by the jury.

"We aren't done folks," the attorney was quoted as saying by the Associated Press news agency.

"We knew coming into this case it was necessary to shoot for the moon to get the jury to understand we were serious and passionate. After tomorrow, he's going to owe a lot more."