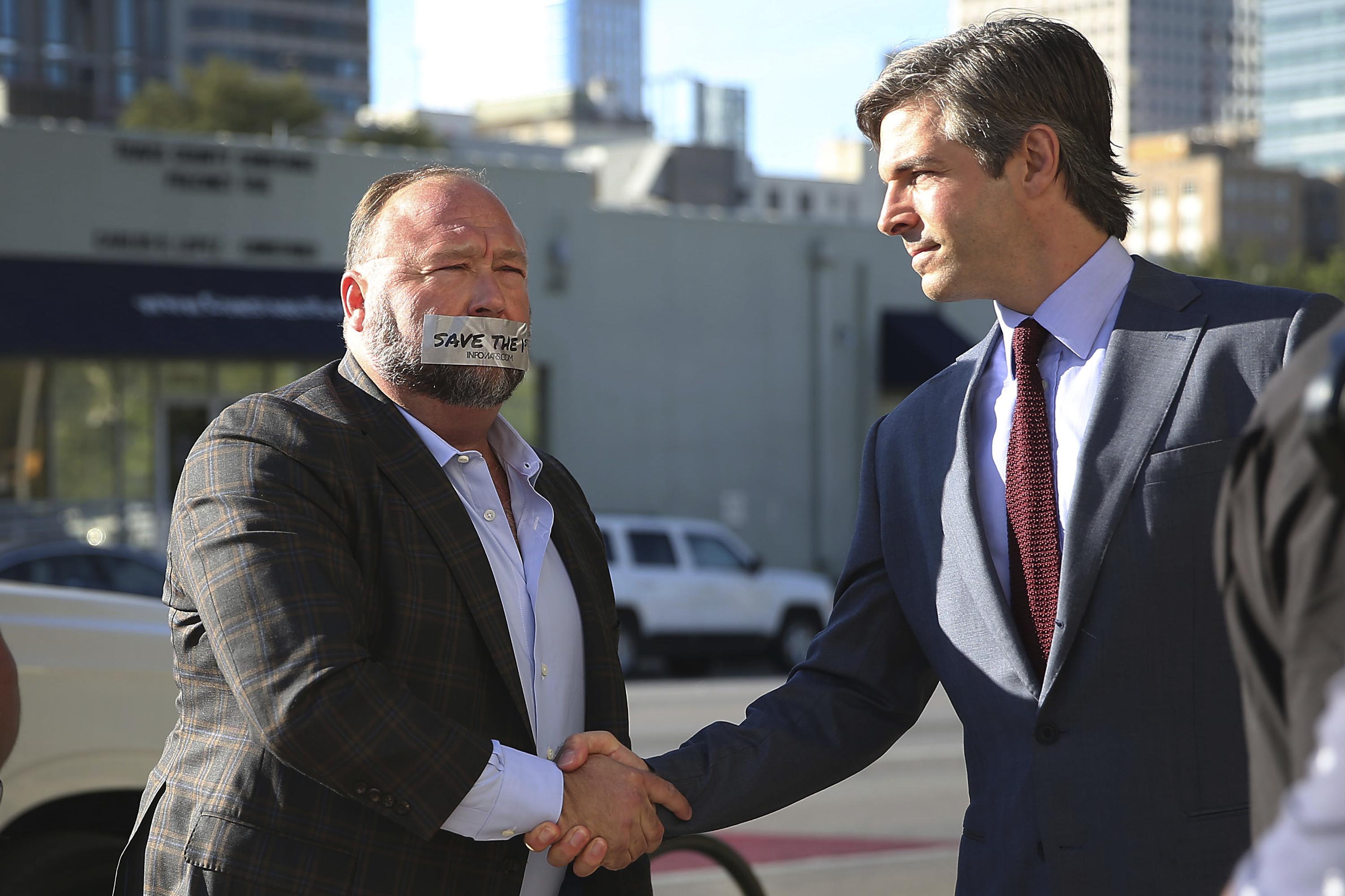 Conspiracy theorist Alex Jones’ media company Free Speech Systems filed for bankruptcy on Friday, but his attorney said it should not disrupt the defamation damages trial underway in Texas that seeks to force Jones to pay $150 million or more to the family of one of the children killed in the 2012 Sandy Hook Elementary School attack.
The trial in Austin, where Jones lives and Free Speech Systems is based, wrapped up its first week of testimony Friday and is expected to conclude next week. The bankruptcy filing was announced by Jones’ attorney Andino Reynal late in the day.

Reynal and attorneys for the family suing Jones told Judge Maya Guerra Gamble that the bankruptcy filing would not halt the lawsuit.

The company wants “to put this part of the odyssey behind us so that we have some numbers” set for damages, Reynal said.

Details of the bankruptcy filing were not immediately available.

It is not the first time a bankruptcy filing has come amid litigation against Jones by the Sandy Hook families. In April, Jones’ company Infowars and two more of his business entities filed for bankruptcy protection, which led to a trial delay. Free Speech Systems is the parent company of Infowars.

Courts in Texas and Connecticut have already found Jones liable for defamation for his portrayal of the Sandy Hook massacre as a hoax involving actors aimed at increasing gun control. In both states, judges issued default judgements against Jones without trials because he failed to respond to court orders and turn over documents.

Christopher Mattei, an attorney for the Sandy Hook families in the Connecticut case, issued a statement Friday evening blasting the bankruptcy filing.

“Just two days before jury selection is due to begin in Connecticut, Mr. Jones has once again fled like a coward to bankruptcy court in a transparent attempt to delay facing the families that he has spent years hurting,” Mattei said. “These families have an endless well of patience and remain determined to hold Mr. Jones accountable in a Connecticut court.”

The trial in Austin is to determine how much Jones should pay for defaming Neil Heslin and Scarlett Lewis, whose 6-year-old son, Jesse Lewis, was among the 20 children and six educators who were killed in the country’s deadliest school shooting. They and other Sandy Hook families suing Jones say they have suffered years of harassment and threats resulting from Jones’ repeated false claims that the shooting was a hoax or didn’t happen.

Jones claimed in court records last year that he had a negative net worth of $20 million, but attorneys for Sandy Hook families have painted a different financial picture.

Court records show that Jones’ Infowars store, which sells nutritional supplements and survival gear, made more than $165 million between 2015 and 2018. Jones has also urged listeners on his Infowars program to donate money.
Add Comment