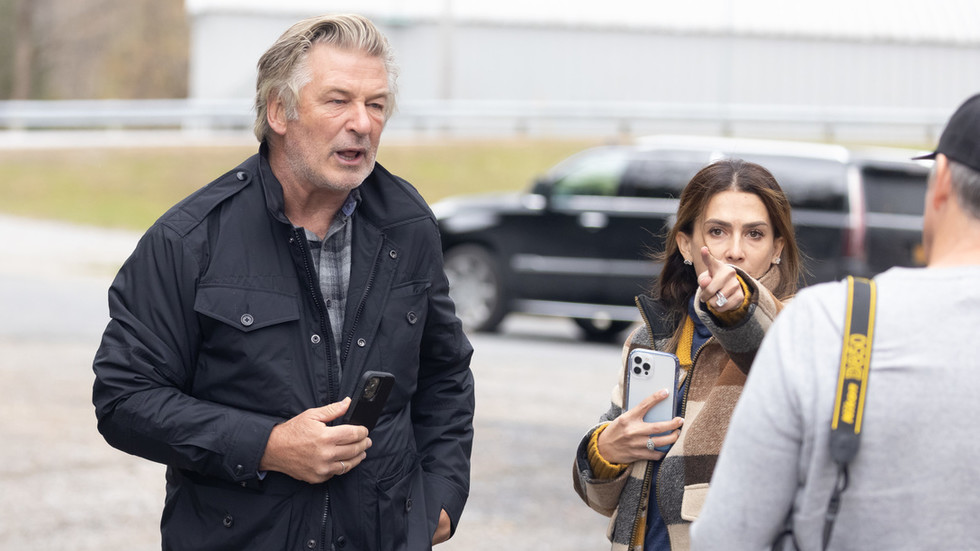 Police say the Hollywood star has yet to comply with a warrant to search his phone for material relevant to the on-set shooting of Halyna Hutchins
Authorities in New Mexico and New York are still trying to get a hold of actor Alec Baldwin’s cell phone as they probe the tragic death of a cinematographer on one of his film sets, despite obtaining a search warrant weeks ago.

In a joint statement seen by Reuters on Friday, the Santa Fe Sheriff's Office and New Mexico First Judicial District Attorney's Office said they are now “actively working” with police in Suffolk, New York – where Baldwin owns a home – to recover the device.

It remains unclear why he has not provided his phone to police, who obtained a warrant to search it three weeks ago, seeking any pertinent information linked to Hutchins’ shooting death on the set of his film ‘Rust’ last October. A Santa Fe detective said that while she initially requested to search the iPhone voluntarily, Baldwin declined and instructed her to “acquire a warrant,” according to a police affidavit. Nearly one month later, the phone is still nowhere to be found.

The actor-turned-director was reportedly seen speaking on the same device soon after Hutchins was fatally shot, and law enforcement is looking to review any texts, emails or other information stored on the phone that might shed more light on the incident.

Though Baldwin has insisted that he bears no responsibility for the shooting – maintaining he has “no idea” how a live round ended up chambered in an on-set revolver that was meant to be a ‘cold’ weapon – he was nonetheless holding the firearm when it discharged and struck the cinematographer. Script supervisor Mamie Mitchell, moreover, has sued the actor for negligence, claiming he “intentionally, without just cause or excuse, cocked and fired the loaded gun even though the upcoming scene to be filmed did not call for the cocking and firing of the firearm,” adding that Baldwin “chose to play Russian Roulette with a loaded gun without checking it.”

Prosecutors in New Mexico have stated that some people who handled weapons on set may face criminal penalties, but have so far declined to say who. Baldwin, however, has stated that he is not worried about charges, calling that possibility “highly unlikely” during an interview with ABC’s George Stephanopoulos in December.
Add Comment