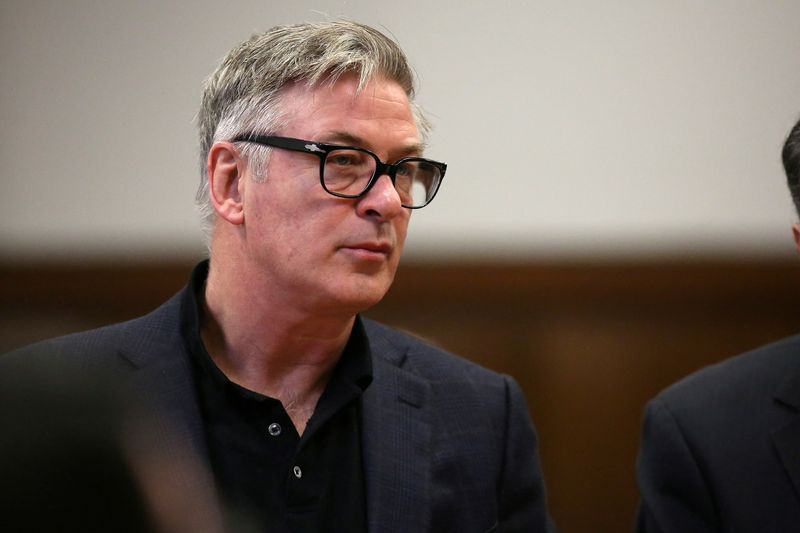 Actor Alec Baldwin filed a lawsuit on Friday against the armorer and three other crew members over the deadly shooting on the set of the Western movie "Rust," in which a gun that Baldwin was using during rehearsal killed cinematographer Halyna Hutchins.

Baldwin's suit was filed in Los Angeles County Superior Court as a cross complaint stemming from a previous suit in which a different member of the crew named Baldwin and the others as defendants.

It is one of many pieces of litigation stemming from the tragedy of Oct. 21, 2021, which is also under criminal investigation and could result in New Mexico state charges.

An attorney for Gutierrez-Reed, Jason Bowles, said in an email on Saturday that, "Baldwin is responsible for this tragedy."

Attorneys for Halls and Kenney did not immediately respond to requests for statements in their clients' defense. Reuters could not locate an attorney for Zachry.

All four were also named as defendants along with Baldwin in the original lawsuit filed by a script supervisor who claimed the shooting caused her severe emotional distress.

Baldwin's cross complaint alleges negligence and seeks damages to be determined at trial for the "immense grief" he endures.

"This tragedy happened because live bullets were delivered to the set and loaded into the gun, Gutierrez-Reed failed to check the bullets or the gun carefully, Halls failed to check the gun carefully and yet announced the gun was safe before handing it to Baldwin, and Zachry failed to disclose that Gutierrez-Reed had been acting recklessly off set and was a safety risk to those around her," Baldwin's cross complaint said.

The suit was written by Luke Nikas, an attorney for Baldwin who is with the firm Quinn Emanuel.

Hutchins was killed when a revolver Baldwin was rehearsing with during filming in New Mexico fired a live round that hit her and movie director Joel Souza, who survived.

In a television interview, the actor said he did not pull the trigger of the Colt .45 revolver and it fired after he cocked it.

An FBI forensic test of the single-action revolver found it "functioned normally" and would not fire without the trigger being pulled.