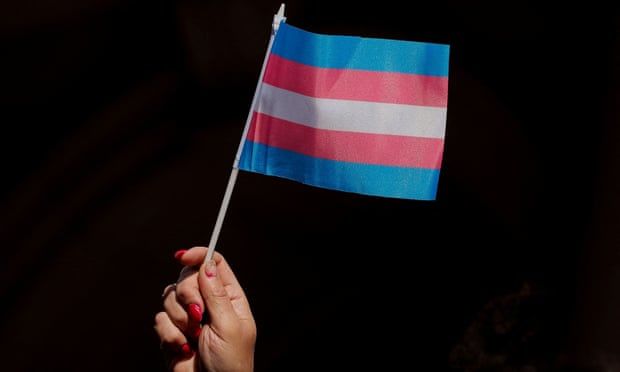 Kay Ivey, a Republican, said she “believed very strongly that if the Good Lord made you a boy, you are a boy, and if he made you a girl, you are a girl”.

The anti-gender-affirming care bill, described as the first legislation of its kind in the US, makes it a felony punishable by up to 10 years in prison to provide medical care including hormone treatment and puberty blockers to minors.

It also includes bans on gender-affirming surgeries for transgender youth, which are extremely rare, and compels school personnel to disclose to a parent or guardian that a “minor’s perception of his or her gender or sex is inconsistent with the minor’s sex”.

Ivey had not taken a public stance on the bill and did not immediately comment on its passage, leaving it temporarily unclear whether she would sign the bill into law. On Friday, she did so.

“There are very real challenges facing our young people,” Ivey said in a statement, “especially with today’s societal pressures and modern culture.”

The governor also signed a bill that both requires students in public schools to use bathrooms or changing rooms that match the gender shown on their birth certificates and prohibits classroom discussion on sexual orientation or gender identity in certain grades.

Ivey said: “Here in Alabama, men use the men’s room and ladies use the ladies’ room – it’s really a no-brainer.”

Calling the part of the bill about discussion on sexual orientation a “don’t say gay” amendment, as critics have, was wrong, she said.

“This bill will also ensure our elementary classrooms remain free from any kind of sex talk,” Ivey said.

The bill dealing with gender-affirming care passed the Alabama house by 66-28 but met with staunch opposition.

The American Academy of Pediatrics urged Ivey to veto the legislation. It has long argued that puberty suppression and hormone therapy provide “developmentally appropriate” care for transgender youths.

The American Civil Liberties Union (ACLU) and legal partners have said they will challenge the legislation.

“If passed and signed into law, Alabama will have the most deadly, sweeping and hostile law targeting transgender people in the country,” said Chase Strangio, deputy director for trans justice with the ACLU LGBTQ & HIV Project.

“The way to reduce harm to trans youth is to provide them with gender-affirming healthcare, where it is medically indicated. This bill takes that lifesaving treatment option off the table and makes it a felony.”

Democrats opposed the bill in part by arguing it contradicted Republican principles on the role of government.

“This is not small government, this is not a conservative bill,” the Democratic representative Neil Rafferty said.

But a Republican, Wes Allen, likened the initiative to laws that prevent minors from getting tattoos or buying nicotine products.

“We make decisions in this body all the time that are to protect children from making decisions that could permanently harm them,” Allen said.

In her statement on Friday, Ivey said: “We should especially protect our children from these radical, life-altering drugs and surgeries when they are at such a vulnerable stage in life. Instead, let us all focus on helping them to properly develop into the adults God intended them to be.”

The Alabama vote is the latest in a series of Republican efforts to curb healthcare options for trans youth. Last week, the Arizona governor, Doug Ducey, signed a bill banning irreversible gender reassignment surgery for minors.

In Georgia this week, the general assembly passed a bill that could ban transgender youth from high school sports teams.

And in Florida, the Republican governor, Ron De Santis, signed a law forbidding instruction on sexual orientation and gender identity in kindergarten to third grade, amid outcry from LGBTQ+ advocates.
Add Comment