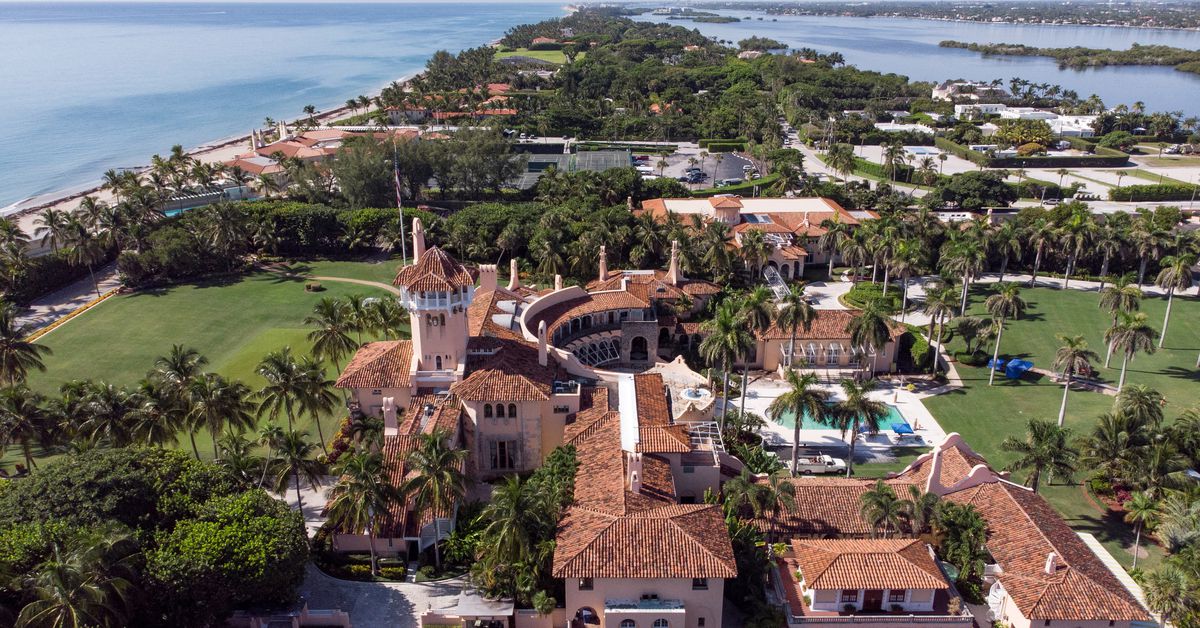 Agency identified 700-plus pages of classified records at Trump's home

The U.S. National Archives discovered more than 700 pages of classified documents at Donald Trump's Florida home in addition to material seized this month by FBI agents, according to a newly disclosed May letter the records agency sent to the Republican former president's attorney.
The large quantity of classified material in 15 boxes recovered in January by the National Archives and Records Administration, some marked as "top secret," provides more insight into what led to the FBI's court-authorized Aug. 8 search of Trump's residence at the Mar-a-Lago resort in Palm Beach.

The agency is responsible for preserving government records.

The May 10 letter was sent by Acting U.S. Archivist Debra Steidel Wall to Trump attorney Evan Corcoran. It was released late on Monday by John Solomon, a conservative journalist who Trump authorized in June to access his presidential records. The National Archives posted a copy on its website on Tuesday.

"Among the materials in the boxes are over 100 documents with classification markings, comprising more than 700 pages. Some include the highest levels of classification, including Special Access Program (SAP) materials," Wall's letter said, referring to security protocols reserved for some of the country's most closely held secrets.

The letter contains additional information about Trump's handling of classified materials and his efforts to delay federal officials from reviewing the documents.

The letter shows that Trump's legal team repeatedly tried to stall the Archives from letting the FBI and intelligence officials review the materials, saying he needed more time to determine if any of the records were covered by a doctrine called executive privilege that enables a president to shield some records.

President Joe Biden's administration - specifically the Justice Department's Office of Legal Counsel - has determined that the materials were not covered by executive privilege. It found "there is no precedent" for a former president to shield records from a sitting president using executive privilege when the materials in question legally belong to the federal government, according to the letter.

Even after Trump returned the 15 boxes to the Archives, the Justice Department still suspected he had more classified material.

The Aug. 8 search was part of a federal investigation into whether Trump illegally removed documents from the White House when he left office in January 2021 after his failed 2020 re-election bid and whether he tried to obstruct the government's investigation into the removal of the records.

In a lawsuit Trump filed late on Monday against the Justice Department over the search, he said he was served a grand jury subpoena on May 11 seeking additional classified records.

On June 3, the department's head of counterintelligence and three FBI agents visited Mar-a-Lago to inspect a storage room and collect additional records.

During the Aug. 8 search, FBI agents recovered more than 20 additional boxes containing about 11 sets of records marked as classified.

Trump's legal team waited for two weeks before filing his lawsuit, which asks a federal judge to block the FBI from reviewing the seized materials until a special master can be appointed. A special master is an independent third party sometimes appointed in sensitive cases to review documents seized in a search, particularly if the records could be protected by attorney-client privilege.

Legal experts said the Trump document investigation differs from those cases because the records at issue belong to the federal government.

"The person who gets to decide whether executive privilege is asserted is the president, so the special master would be Biden," Shaub added. "That is the only person who is legitimately able to decide whether turning something over to the FBI would harm the national interests."
#Donald Trump  #Joe Biden
Add Comment