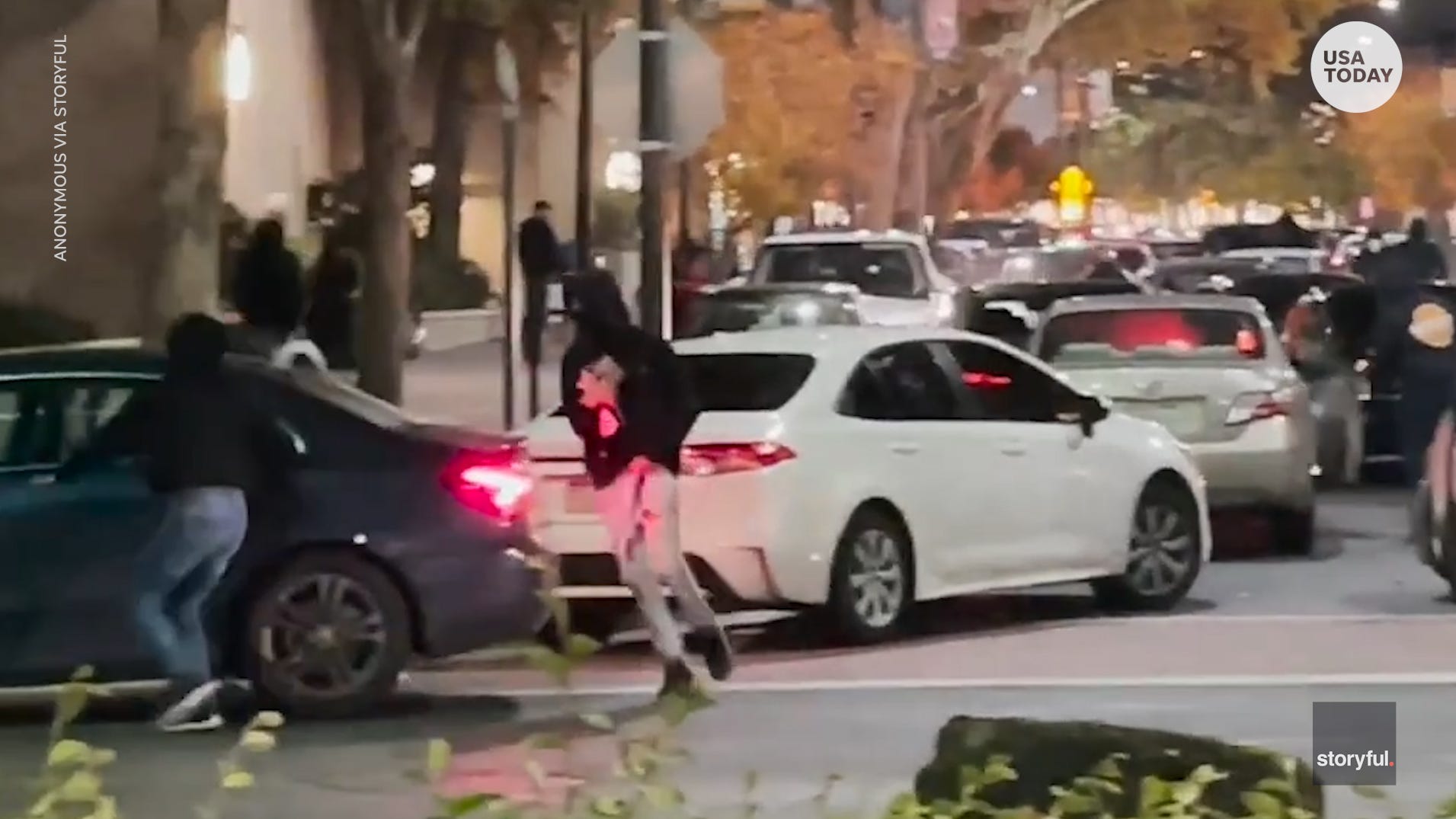 A recent wave of brazen thefts at luxury and department stores such as Louis Vuitton and Nordstrom coincides with a nationwide rise in organized retail crime.
A majority of retailers said stores are increasingly being targeted and that attacks have become more violent after the COVID-19 pandemic, according to the National Retail Federation, the world's largest retail association headquartered in Washington, D.C.

With the most popular Christmas shopping period kicking off this week with Black Friday, many retailers are concerned they could be in store for similar attacks to those seen over the past week.

On Saturday, more than 80 people stormed a Nordstrom in Walnut Creek, California, armed with crowbars and wearing ski masks, smashing shelves, running away with bags and boxes with thousands of dollars worth of merchandise. Three arrests were made by police.

The night before, a series of lootings of stores like Burberry, Bloomingdales, Hermes and Fendi took place in San Francisco's Union Square shopping area.

And last Wednesday, over a dozen people robbed a Louis Vuitton store in a Chicago suburb, snatching $120,000 worth of merchandise.

"Organized retail crime continues to be a serious threat to retailers across the country," said Jason Straczewski, vice president of government relations and political affairs for the National Retail Federation. "The financial impact is considerable, as these crimes not only affect retailers’ bottom lines with asset loss and store operation disruptions, but more importantly jeopardize the safety of employees and customers."

Approximately 64% of retailers said organized retail theft has become a priority over the past five years in their companies, after store-related violence or cybercrime.

While the viral images from the Nordstrom robbery of bandits in getaway cars reminiscent of Hollywood movies left millions of Americans aghast, Rachel Michelin, CEO of the California Retailers Association said the recent series of bold robberies were not in the least shocking to her.

"We've been dealing with this situation in California for years," said Michelin. "What's new is that we are seeing these criminal rings go from cities into the suburbs."

Michelin said organized retail crime attacks in California are more prevalent and "significantly more violent" compared with any other state.

Los Angeles, San Francisco/Oakland and Chicago were ranked first, second and third place among the top cities in the country affected by organized retail crime, in this year's National Retailers Security survey.

One of the biggest challenges for law enforcement is that no federal law prevents organized retail theft, leaving a patchwork of local and state jurisdictions to investigate crimes that go well beyond state lines.

Over the past three years, the task force has been a part of 668 organized theft investigations, resulting in 252 arrests and the recovery of over $16.3 million in stolen merchandise.

"Macy’s deploys both visible and plain-clothed security personnel in our locations and coordinates closely with mall security, local and national law enforcement agencies, in assessing risk and response," said Andrea Schwartz, senior director of external communications for Macy's Inc., one of the country's oldest department stores.

She added: "We take these situations very seriously, as health and safety of our colleagues and customers are our top priority."
#COVID-19  #Covid
Add Comment