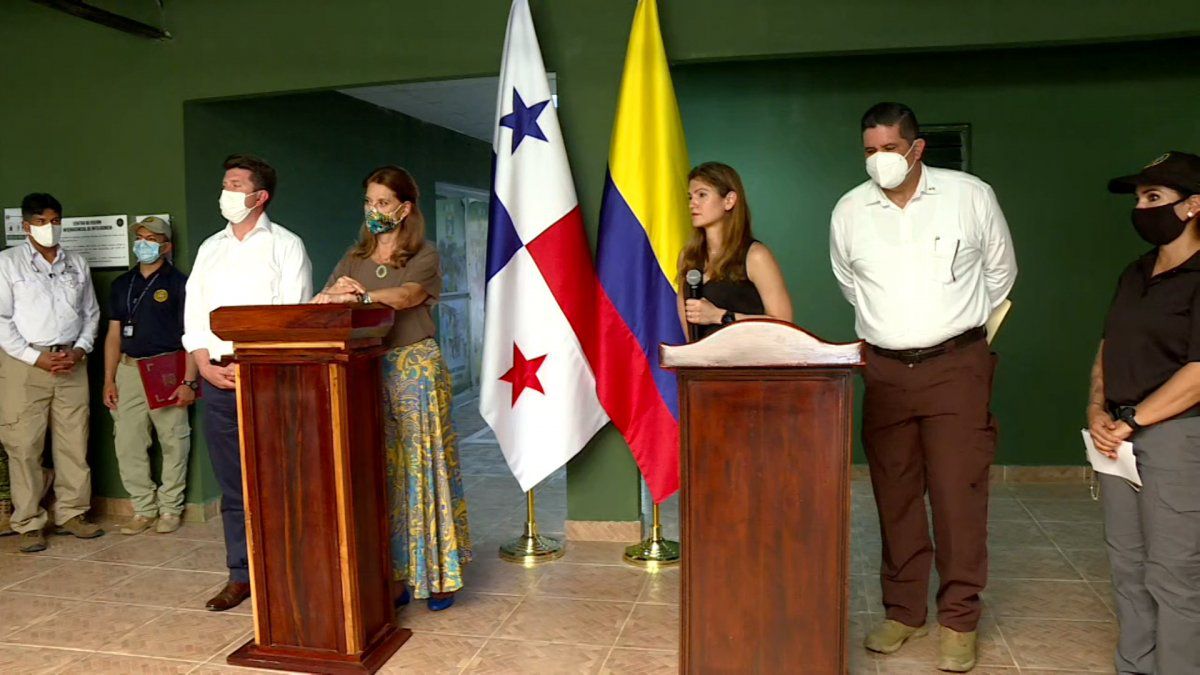 After meeting in Darien, authorities of Colombia and Panama agree to safe transfer of migrants

The authorities will specify on Monday, August 9, how this transit will be carried out and the controls to prevent human trafficking in the border area.
After the conclusion of the meeting held this Friday in Darién, in which authorities from Panama and Colombia addressed the issue of irregular migration experienced by both nations, they agreed on several points such as the control of the migratory flow, the safe transfer of migrants, and the prosecution of human trafficking in the border area.

The first to speak, at the end of the meeting, was the Foreign Minister of Panama, Erika Mouynes, who indicated that the meeting and what was agreed in this first meeting is very positive, adding that this Monday, August 9, they will begin to specify the points discussed in this meeting.

In addition, the Colombian and Panamanian authorities will seek to gather more efforts, both from the countries where the migrants come from and from those that become the final destination (Canada and the United States).

"The president asks to work hand in hand with the Panamanian authorities to face this humanitarian tragedy. Panama and Colombia are not countries of origin or destination, we are countries of transit," said the vice president and foreign minister, Marta Lucía Ramírez.

The Colombian Foreign Minister indicated that it is key to make the difference between the humanitarian issue and the criminal issue in which human trafficking is constituted.

"We must separate the issue of migrants from the criminal issue. We need clear controls for each border, and comply with international obligations, for which we work with organizations," said Ramírez.

Ramírez added that it is not a matter of refugees, since none of them are requesting refuge in Colombia or Panama.

Both foreign ministers detailed that on Monday they will specify in work sessions how the transfer of migrants from Colombia to Panama will take place in a safe way, anticipating that it could take place by sea; and how to attract intelligence agencies to help them control human trafficking and prevent drug trafficking that is reaching its tentacles among migrants.
#Erika Mouynes
Add Comment