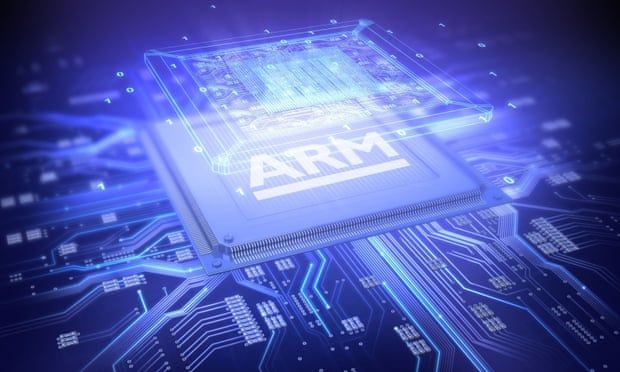 After the collapse of the $66bn sale of the Cambridge-based business to US-based Nvidia earlier this year, Masayoshi Son, the chief executive of Arm’s Japanese parent company Softbank, immediately snubbed the UK for a flotation.

“We think that the Nasdaq stock exchange in the US, which is at the centre of global hi-tech, would be most suitable,” he said in February.

Johnson has joined the lobbying efforts already under way by London Stock Exchange executives and a number of government departments and senior officials, writing a letter to Softbank executives, according to the Financial Times.

The effort includes the Department for Digital, Culture, Media and Sport (DCMS), the Treasury, the business department as well as Downing Street. The digital minister Chris Philp and Gerry Grimstone, the former Barclays chair who now heads the UK’s Office for Investment, are leading the lobbying efforts.

While the chances of changing SoftBank’s mind are considered slim, Arm has previously had a dual listing on both sides of the Atlantic, before it was acquired by the Japanese company for £24.6bn in 2016.

Arm had been a member of the FTSE 100 for 18 years and winning it back would be a huge boost for the capital’s longer-term ambitions to have more tech flotations, while losing it would be a big blow to that goal.

Analysts are estimating that Arm would float with a market value of $30bn to $40bn, which would make it the largest tech company on the London Stock Exchange, more than twice the size of the current leader, Ocado. At that scale, Arm would also rank between the 19th and 24th largest listed company in the UK.

A government spokesperson said: “We want to make the UK the most attractive place for innovative businesses to grow and raise capital.” SoftBank, Arm and the LSE declined to comment.

In December, Paul Marshall, the chairman of the investment manager Marshall Wallace, said the UK and European stock markets were becoming the “Jurassic Park” of global stock exchanges.

He wrote in the Financial Times: “The UK stock market is becoming a global backwater as US and Chinese markets forge ahead. It has largely failed to take part in the global rally that began in 2015. We are reaching the point where companies may decide we should simply all agree on a single global exchange, trading 24 hours and located in New York.”

Last year new rules were introduced to try to make London more attractive to tech companies, including allowing dual share class structures, which give founders more control after they float a business, and reducing the amount of shares required to be offered to the public to 10%.
#Boris Johnson  #Johnson
Add Comment