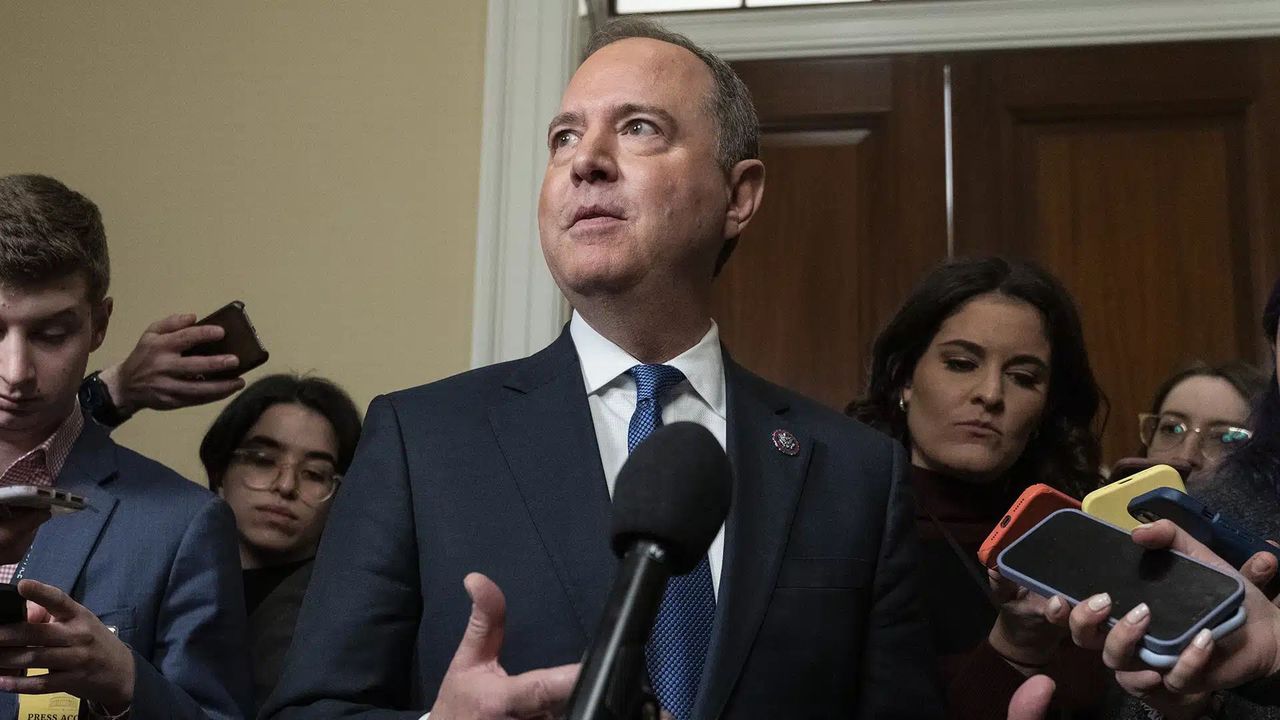 Adam Schiff Says He May Be Leaving The House, Has New Job In Mind

Democrat California Rep. Adam Schiff may be planning to leave the House and take on new horizons. During an appearance on KTTA’s “The Issue Is,” host Elex Michaelson asked Schiff about campaigning for a spot in the U.S. Senate.
“It is widely expected that California Senator Dianne Feinstein, who is 89, will retire at the end of her term. You have expressed interest in that job. Is there any reason you would not run for Senate?” the host asked.

“Well, I’m not usually asked the question in that form. You know, look, I am getting a lot of encouragement to run for the Senate from people in California and colleagues here in Congress. If Senator Feinstein retires, then I will give it very serious consideration. You know, at this point, I think we’re waiting to see what Senator Feinstein has to say about her plans, but yes, it is something I’m giving serious consideration to,” Schiff responded.

GOP Leader Kevin McCarthy, who is expected to become Speaker when Republicans take control of the House in January, is vowing to remove California Democrat Adam Schiff from the House Permanent Select Committee on Intelligence.

“Another change you’re going to get, Adam Schiff will no longer be on the Intel Committee when I become speaker. I promised that more than two years ago,” McCarthy said during an interview on Fox News.

“[Democrats] also used the intel community as well to lie to the American public. Should those people keep their clearances? Should those people still be allowed to have information? If they’re going to be political individuals, then, no, they should not. And this is just the tip of the iceberg of what we need to investigate going forward,” he added.

Late last month, McCarthy said that if elected Speaker, he will also remove Democratic Reps. Eric Swalwell and Ilhan Omar from congressional committees for past conduct.

During an interview on Fox News with host Maria Bartiromo, McCarthy spoke about Republicans winning back control of the U.S. House in the midterm elections. McCarthy, who appears poised to be nominated as the speaker, said he will honor his promise to boot the three controversial Democrats.

“Congressman, let me ask you about your decisions should you become the speaker of the House in January. What are you going to do in terms of these Democrats that you have on such important committees? You’ve talked in the past about removing I’ll hand to or mar, about Ilhan Omar, you’ve talked about removing Adam Schiff, about Eric Swalwell. Will you deliver?” Bartiromo asked McCarthy.

“Yes, I will. I’ll keep that promise. And one thing I’ve said from the very beginning, Eric Swalwell cannot get a security clearance in the public sector. Why would we ever give him a security clearance in the secrets of America? So I will not allow him to be on Intel. You have Adam Schiff who had lied to the American public time and again. We will not allow him to be on the Intel Committee either. Look, Congresswoman Omar, her anti-Semitic comments that have gone forward, we’re not going to allow her to be on Foreign Affairs. But we’re also going to stand up to what’s happening not just in the halls of Congress, but what’s happening to our higher education institutions, the anti-Semitism that’s going on on these campuses and others. We’ll investigate that as well and stop this to make sure that America does have the freedoms that we said we would keep and we would stand up to it as we move forward,” McCarthy declared.

McCarthy said he planned to remove Omar from the House Foreign Affairs Committee over several past “antisemitic” remarks.

“We watch antisemitism grow, not just on our campuses, but we watched it grow In the halls of Congress,” he told the Republican Jewish Coalition’s 2022 leadership meeting in Las Vegas.

“I promised you last year that as Speaker, she will no longer be on Foreign Affairs, and I’m keeping that promise,” he said as the audience cheered.
Add Comment