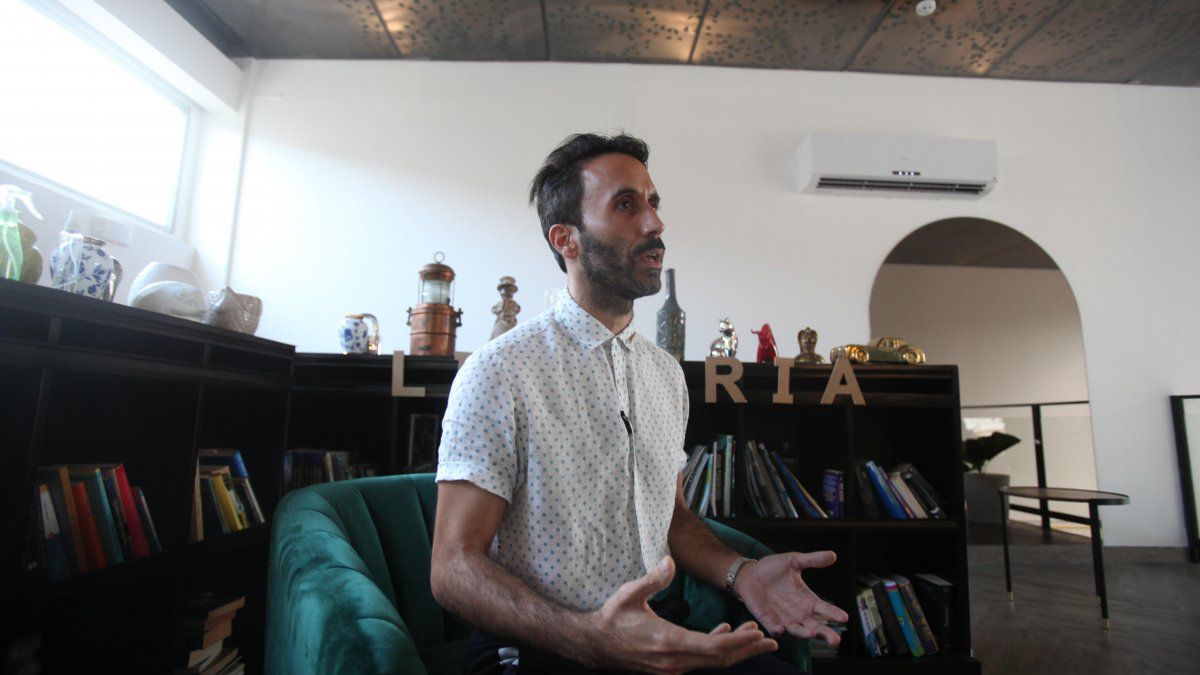 Activists denounce escalation of violence against the LGTBIQ + collective in Panama

Panama was the last Spanish-speaking country in Latin America to decriminalize homosexuality in 2008.
Byron Tellez was at his home in Panama City the morning of World Pride when two men knocked on his door and beat him. He was beaten unconscious while the perpetrators dragged his body to the upstairs apartment.

Tellez, of Nicaraguan origin and who is openly homosexual, had had a discussion with his neighbor minutes before and received insults for his sexual orientation.

As he told Efe, the Police did not respond, the Prosecutor's Office did not receive the complaint and, after several attempts, and with the Ombudsman as support, a justice of the peace took a statement of the facts.

Nicolás Rodríguez, Panamanian and activist, was at home when he felt a strong smell of aerosol. You don't know who vandalized your home. "Negro gai" and "Cuec ... I'm going to kill you" were the phrases they wrote on the facade, after receiving threatening calls for several days after the Pride celebration.

Rodríguez also went to the authorities and was left without an answer. "They pass the ball to each other," he told Efe.

Both events occurred in recent weeks, during Pride month, in Panama, one of the most backward countries in Latin America in terms of equality and the fight against discrimination based on sexual orientation.

The aggressions "have increased significantly. There has been an escalation of violence at the national and international level towards LGTBIQ + people , hand in hand with hate speech, propagated by anti-rights groups," the president of the Iguales Foundation said in an interview with Efe. , Iván Chanis .

Chanis said that his foundation receives "constantly on social networks inquiries from people who have been verbally and physically attacked, even attacked inside their residence by neighbors", and pointed out that after "the pride march, many were subjected to physical violence."

This escalation of violence was also denounced by the World Pride committee in Panama, since its "organizations are receiving complaints of homophobic attacks, which have not been adequately addressed or offered the protection requested by the victims," ​​said a statement.

INACTION OF THE AUTHORITIES AND LACK OF PROTECTION

These people are "revictimized by the justice system, since the victim is not treated in an adequate manner or given the level of protection that the State is obliged to provide", an inaction that "empowers the perpetrator" and is a "cyclical" problem returns, warned Chanis.

During the pandemic, international NGOs and the Ombudsman's Office warned about the abuses committed by the Panamanian Police against the trans population, which was made invisible by not being represented in any of the restrictions that divided mobility days by sex.

This situation derives from the "legal lethargy" that Panama is dragging on, as there are no laws to protect this vulnerable group or to promote their equality, as is the case of equal civil marriage, unlike its neighbors Colombia and Costa Rica.

Panama was the last Spanish-speaking country in Latin America to decriminalize homosexuality in 2008, but it still maintains laws and regulations that threaten the group.

For example, a 1997 decree that governs the Police and the Fire Brigade considers that "lesbianism" and "homosexuality" are practiced as "very serious misconduct".

The LGTBIQ + collective is also not represented in Panamanian politics, highlighted Chanis. Rather, openly homophobic discourses and positions abound in this sphere.

Discriminatory laws continue to be promoted in the National Assembly, such as one approved last March that prevents same-sex couples from adopting, and since 2016, no claims regarding the union of people of the same sex have been resolved in the Supreme Court or the Electoral Court .

"IT IS AS EASY AS RESPECTING INTERNATIONAL LAW"

In Chanis's opinion, Panama could take "that leap" if the judicial system respected international law, as established by the Constitution.

"It is contradictory. If we had a justice system that was effective, and that really applied international conventions, those laws would not exist," he explained.

It is "as easy as that any law that goes against international law and human rights is considered unconstitutional, therefore it should be repealed," concluded Chanis, who remains positive about the gradual advance of Panamanian society towards a more egalitarian society.