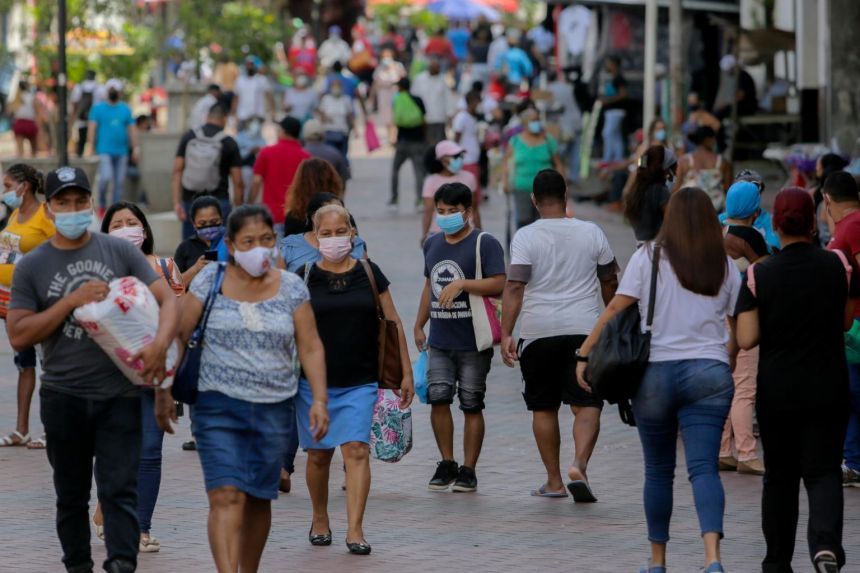 According to PAHO, the third wave in Panama records fewer deaths compared to the first

The Pan American Health Organization (PAHO) highlighted in its latest report a decrease in the number of deaths in Panama, after comparing the impact of Covid-19 between the first and third waves.

The analysis of PAHO data is carried out by comparing 14 weeks of the first wave - when the virus began to spread in March 2020 - with the same number of weeks of the current third wave and that began to affect between June and July of 2021.

Regarding the number of deaths, PAHO highlights that week 14 of the first wave recorded an incidence of 47.2 deaths per million inhabitants, while in the third, in week 14, there was an incidence of 11.22 deaths.

"The mortality rate per million inhabitants shows a significant decrease in the third wave, even in the five weeks with the highest incidence of cases, probably because the elderly and the most vulnerable have been vaccinated," the agency's report states. international.

On the other hand, the statistics show that the third wave does register a significant increase in cases compared to the first.

"They reflect a significant increase in the incidence of cases in the third wave in the first 11 weeks compared to the first, and that are in the order of 101%, 176% and 183% in the corresponding weeks 5, 6 and 7.”

Week 13 was the one with the highest incidence during the first wave with an incidence of 185.3 per 100 thousand inhabitants, while the same week of the third showed 168.5.

According to PAHO, the third wave in Panama records fewer deaths compared to the first


This comparison by PAHO, between the first and third waves of the virus in Panama, occurs because they have a similar behavior and is not made with the second wave, which has been the strongest one has hit the country. This occurred between the months of November (2020), December (2020) and January (2021).

On the situation of the third wave, Eduardo Ortega, from the Vaccine Advisory Team of the Ministry of Health, said that the trend of daily infections is on a plateau and that cases are beginning to decrease.

Currently, the Panama Health team is carrying out mass vaccination against the coronavirus at the national level. Experts reiterate that immunization is the key to slowing the advance of the virus and reducing a possible impact of the Delta variant that is affecting several countries.

Oh ya 52 days ago
Well the science shows that viruses get weaker over time. That is whats happens in the real world. In the pretend world someone thinks that taking a experimental biological agent will lower the death rate. Just like Israel thought and now admit that 84 %of those in hospital have been fully jabbed. And that the Pfizer vax that they use is only about 39% affective and starts to drop from there at 6 months.
View all comments (1)Add comment