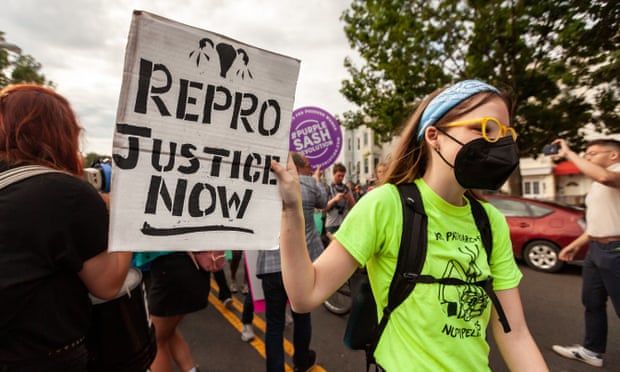 Abortions increasing in US for first time in 30 years, says research group

Number of abortions performed in 2020 was 8% higher than in 2017, reversing long-term decline, says Guttmacher Institute
With the US supreme court on the brink of eliminating the right to abortion, the need for such procedures is growing for the first time in three decades, a health research group said.

The number of abortions performed across the US in 2020 (930,160) was 8% higher than in 2017 (862,320), reversing a long-term decline that started 30 years earlier, the Guttmacher Institute said on Wednesday, citing data from its latest abortion-provider census.

Over the same period, the rate of abortions among women, girls and other people between the ages of 15 and 44 who can become pregnant increased by 7% (from 13.5 per 1,000 to 14.4), said the institute, which touted its census as the most comprehensive collection of data on abortion provision in the US.

Institute scientist Rachel Jones said there was no simple explanation for those trends, which came amid a 6% decline in births. But Jones said the numbers vividly illustrate how a larger percentage of people decided to have abortions even as the pool of those getting pregnant overall was smaller.

“This underscores just how vital accessible abortion care is at a moment when access is about to be decimated in many parts of the country,” said Jones. “We must redouble efforts to expand access to affordable and timely abortion care for all who need it.”

The supreme court is expected to rule on a major abortion case from Mississippi this month. A leaked draft opinion from 2 May showed the conservative majority ready to use the case to overturn the 1973 Roe v Wade ruling that legalized abortion across the US, reasoning that individual states should be empowered to allow or ban it.

Progressives have staged large protests, including outside the homes of some justices. Conservatives have celebrated.

If finalized in its leaked form, the ruling would prompt 26 states – more than half the nation – to outlaw abortion virtually overnight.

According to Guttmacher, the number of procedures increased in all four major regions of the US. The west saw a 12% jump, the midwest 10%, the south 8% and the north-east 2%, the census found.

“If the court does gut or overturn Roe,” Jones said, “the impact will be devastating.”
Add Comment