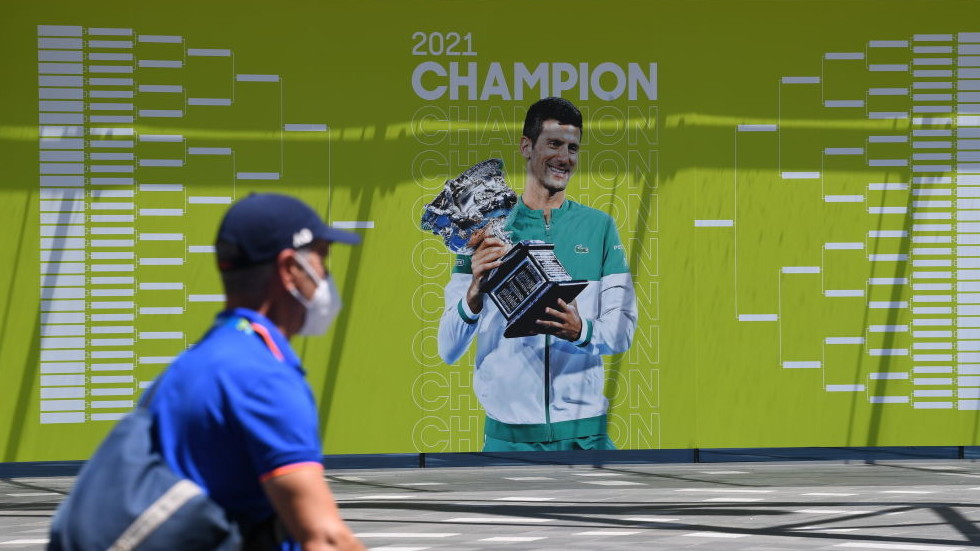 A dark cloud hovers over the Australian Open following the government's successful scapegoating of its most dominant player
Despite declarations to the contrary from the likes of Rafael Nadal and Aussie PM Scott Morrison, an asterisk will be permanently affixed to an Australian Open scrambling for legitimacy after the blacklisting of Novak Djokovic.

If ever there was a pyrrhic victory, this was it. After nearly two weeks of drama and political squabbling bordering on a fully-fledged international incident, the Australian government finally got their man.

As these words are written, the world's top ranked tennis player is 30,000 feet in the air. Each passing minute delivers him further and further away from an arena he has lit up through a prolonged decade of dominance rarely witnessed in the context of professional sports.

Twice Djokovic had his visa revoked, with Sunday morning's Federal Court decision delivering an air of finality and forcing the Serb and his legal team into begrudging acceptance after the legal (and political) red-tape he had become entangled in finally proved too much to overcome.

And to what end? The victory claimed by Morrison and his Minister for Immigration Alex Hawke comes at the expense not just of Djokovic but tennis fans as a whole, and delivers a crushing blow to the legitimacy of a Grand Slam already seen by most as the little brother of the other 'big three' events.

Morrison's victory speech, which might as well have been delivered with a Churchill-esque 'V' sign, told us that "it's now time to get on with the Australian Open and get back to enjoying tennis over the summer" – but this is a statement which entirely omits the reason why many of us watch events like this: to see the world's best players duel on the sport's biggest stages.

Instead, we were given a crash-course in political theater from a politician eager to display populist urges in an election year.

Morrison's stance was influenced, of course, by the wider public in Australia, with polling showing that more than 70 percent of Australians wanted Djokovic kicked out of the country, but one also wonders how much of this was a reaction to almost two years of harsh restrictions being forced down their throats, even as Covid-19 cases soar across the country.

If we can't have it, no-one can. Lockdowns must be justified.

And what of Nadal? The Spaniard, who is currently tied with Djokovic and Roger Federer atop the list of all-time Grand Slam wins with 20, has hit good form at an opportune time and will no doubt be quietly confident of his chances to claim the top spot (the other man in contention, Roger Federer, is injured). But speaking to the media this weekend, Nadal couldn't help but offer a more PR-trained response to the drama.

"It's very clear that Novak Djokovic is one of the best players in history, without a doubt. But there is no one player in history that's more important than an event," he opined.

Will it, though? If there has ever been one player to disprove the age-old maxim that no one individual is bigger than the sport, it is Djokovic – at least as it relates to an Australian Open he has only failed to win four times since 2008.

More telling was the reaction of Russia's Daniil Medvedev. Djokovic's absence means that the world number two will by default be bumped up to the position of top seed, and he argued this weekend that if Djokovic had been given a medical exemption he should have been allowed to play, questioning whether there was a "real legal reason behind this".

The overwhelming feeling which remains is that Djokovic was treated as a scapegoat; an example of the political power which can be wielded should someone dare contradict government advice when it comes to vaccinations.

The official judgement hinted at language which stated that a root of the issue was for the official government policy to not appear to endorse any type of anti-vaccination sentiment whatsoever – something which strikes at the very heart of personal responsibility and freedom of choice.

Sure, Djokovic could likely have handled the situation better and questions as to his visa application are valid but from the moment it appeared that Morrison's government could make an example of him, the conclusion to the saga was inevitable.

That conclusion, though, benefits no one. Not Novak Djokovic, not the Australian Open and not the eventual victor who will raise aloft the Norman Brookes Challenge Cup amid an unescapable veil of political scapegoating.

And all that remains is for Morrison to claim victory in a scenario where there are no winners.
#COVID-19  #Covid
Add Comment