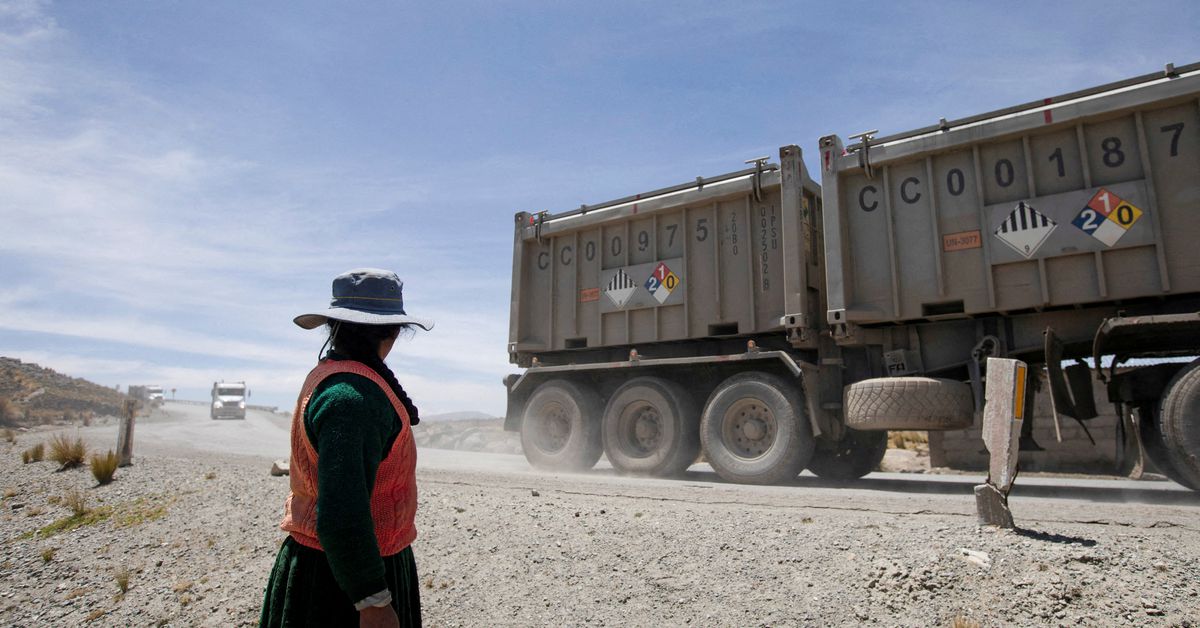 Peruvian Prime Minister Mirtha Vasquez said on Friday she would travel again next Friday to an area of frequent protests against MMG Ltd's (1208.HK) Las Bambas copper mine as tensions with community protesters build up once again.
The trip will be Vasquez's third to the area since she was appointed in October, following repeated road blockades that have disrupted Las Bambas' operations.

The Chinese-owned copper mine, which has faced repeated protests since it opened in 2016, is one of the biggest mines in Peru, the world's second largest copper producer where mining is a key source of tax revenue.

In December, protesters from the Chumbivilcas province blocked the road for over a month, forcing it to suspend operations and causing a major problem for the leftist administration of President Pedro Castillo, who has promised to prioritize the demands of marginalized communities.

The Chumbivilcas communities - mostly indigenous citizens of Quechua descent - have repeatedly accused the Chinese company of failing to provide jobs and money to the region, one of the poorest in Peru, despite the vast mineral wealth.

But some Chumbivilcas communities have since said they reject that agreement and called on Vasquez for further negotiations, according to meeting minutes seen by Reuters dated Jan. 6.

Vasquez told reporters she hopes to hear concerns and resolve any social conflict through dialogue.

A group of four communities said they rejected part of the agreement, including a section that commits locals not to pursue further road blockades.

"Having analyzed the agreements, they do not address the proposals and demands of the communities ... and in that sense they do not represent the voice of the people," the meeting minutes said, which called on Vasquez and Castillo to meet with them in person next Friday.

It is unclear if Castillo will attend the meeting. He has generally deferred to Vasquez to handle issues related to Las Bambas.

"The masses also agree that if the President of the Republic does not come, there will be no dialogue and as a result we will launch a protest," the minutes said.
Add Comment