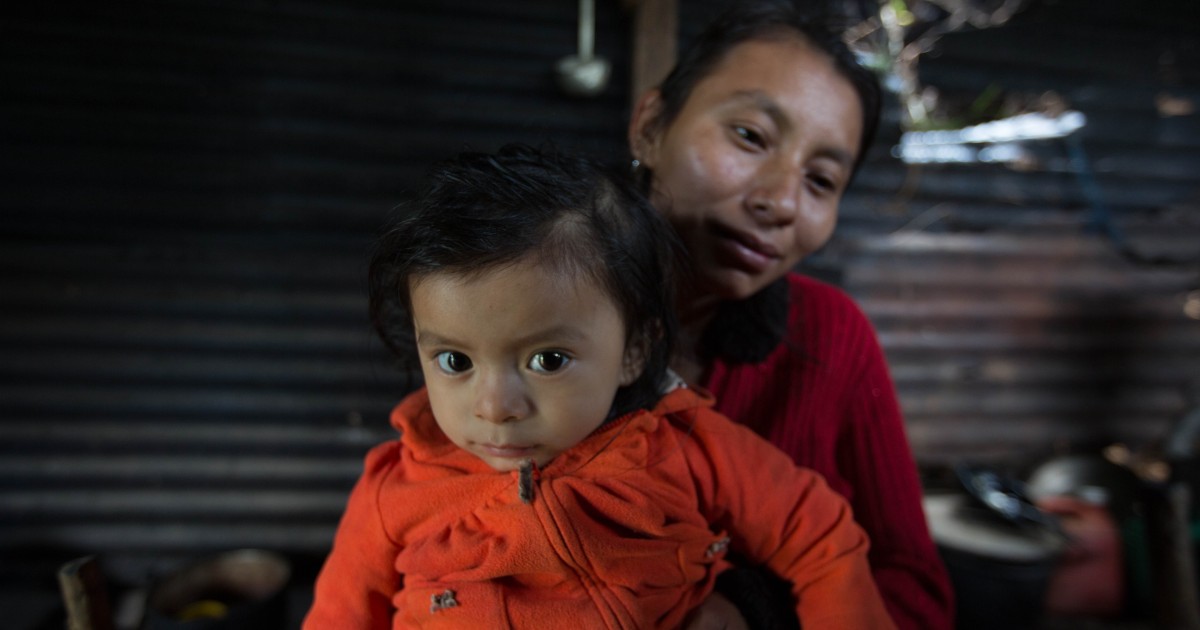 More people are going hungry as COVID-19 and vicious storms have wreaked havoc across the country.

Doctor Ricardo Valdez hikes up a steep, worn path towards a series of makeshift wooden houses with rusted steel roofs in a small community on the outskirts of Coban, Alta Verapaz.

Located around 200km (124 miles) north of Guatemala City, Coban has been grappling with an epidemic of child malnutrition, worsened in the past two years by the COVID-19 pandemic and ensuing humanitarian crisis – a problem critics say the government has neglected.

Overall, Guatemala has one of the world’s highest rates of child malnutrition, with nearly half of children under five suffering from chronic malnutrition, according to the United Nations Children’s Fund (UNICEF). In some rural communities, that number is reportedly as high as 80 percent.

Valdez soon reaches the home of Margarita Xol, a 28-year-old single mother of two, who is unemployed. Her children are malnourished, which has led to multiple bouts of pneumonia in her youngest daughter, now almost two years old.

She says she received little assistance from the Guatemalan public healthcare system, so she sought help from a local NGO called Comunidad Esperanza, with which Valdez works. The group has provided her with food aid, including a steady supply of goat’s milk, which she continues to receive to this day.

“We stepped in because the Ministry of Health was not going to do anything,” Valdez told Al Jazeera, noting that the problem of malnutrition in the country “is much bigger than it seems, than what is shown in the statistics”. 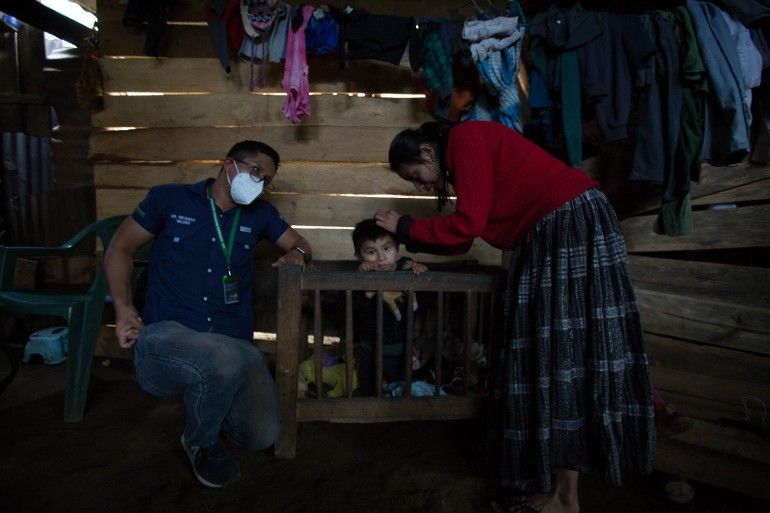 Doctor Ricardo Valdez visits the home of Margarita Xol to check on her children, who have suffered from malnutrition and pneumonia

Guatemala’s malnutrition crisis, which experts say stems from structural inequalities across the country, has been worsened by the pandemic and the aftermath of hurricanes Eta and Iota in 2020, which destroyed homes and ravaged crops.

Around half of Guatemala’s population lives in poverty, and Indigenous communities are particularly disadvantaged. Subsequent governments have failed to tackle this crisis, despite lofty campaign promises.

“There is no real interest,” Lucrecia Hernandez Mack, a Guatemalan physician and politician who formerly served as health minister, told Al Jazeera. “Generally, [combating malnutrition] is used as a campaign slogan … [but governments] do not engage the problem, because it is a structural issue.” 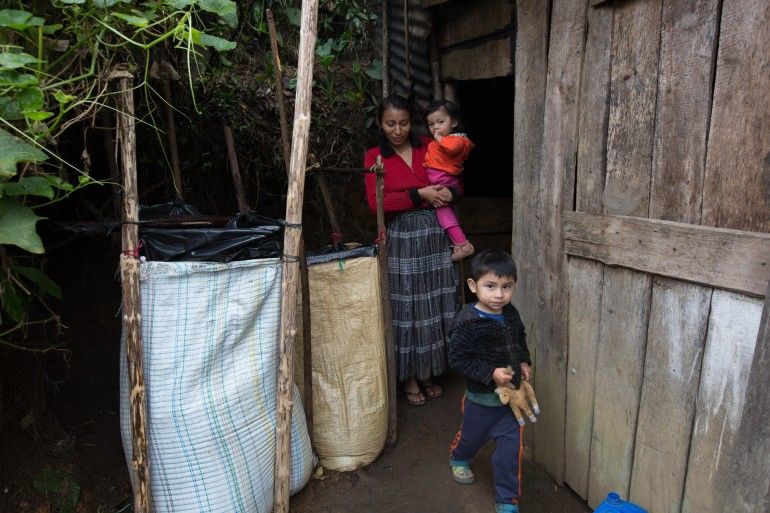 Guatemala has one of the world’s highest rates of malnutrition, with nearly half of children under five suffering from chronic hunger, according to UNICEF

While the Guatemalan government has allocated tens of millions of dollars in its current budget to combatting child malnutrition, critics contend that this is not enough. As of March 1, the Guatemalan health ministry had used just two percent of that budget, according to the Prensa Libre newspaper, while cases continued to rise.

The health ministry did not immediately respond to Al Jazeera’s request for comment on the matter.

‘How are they going to survive?’

Amid this backdrop, the work of addressing the malnutrition crisis has largely been left to NGOs. Maria Claudia Santizo, a nutritionist with UNICEF, told Al Jazeera that her organisation has worked with the Guatemalan health ministry to identify cases of malnutrition.

But as the costs of basic goods continue to rise, she asked, “how is it going to be for the people who live in the countryside; how are they going to survive?” 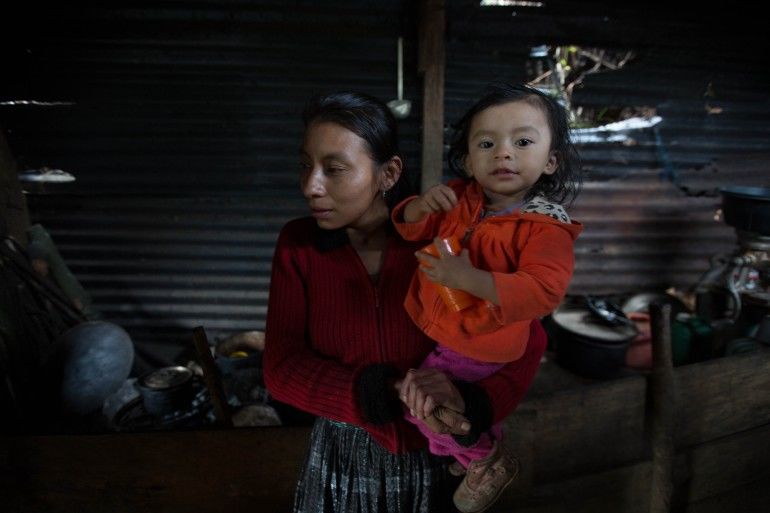 For Xol, who primarily speaks the Mayan Q’eqchi’ language, this crisis is a part of her family’s daily life. Their makeshift house near the local dump has no electricity or running water, and they rely on her father’s income of about $2 a day, which he earns from selling firewood, to purchase basic food staples.

Xol’s family once had land, but her father was forced to sell it when her mother faced a health crisis and they needed money to buy medication. Today, Xol wants to work to provide for her children, but they are both under five and she must stay home to care for them.

“I desire to have a house and a small plot of land for me and my children,” Xol said. “But we do not have any money.”