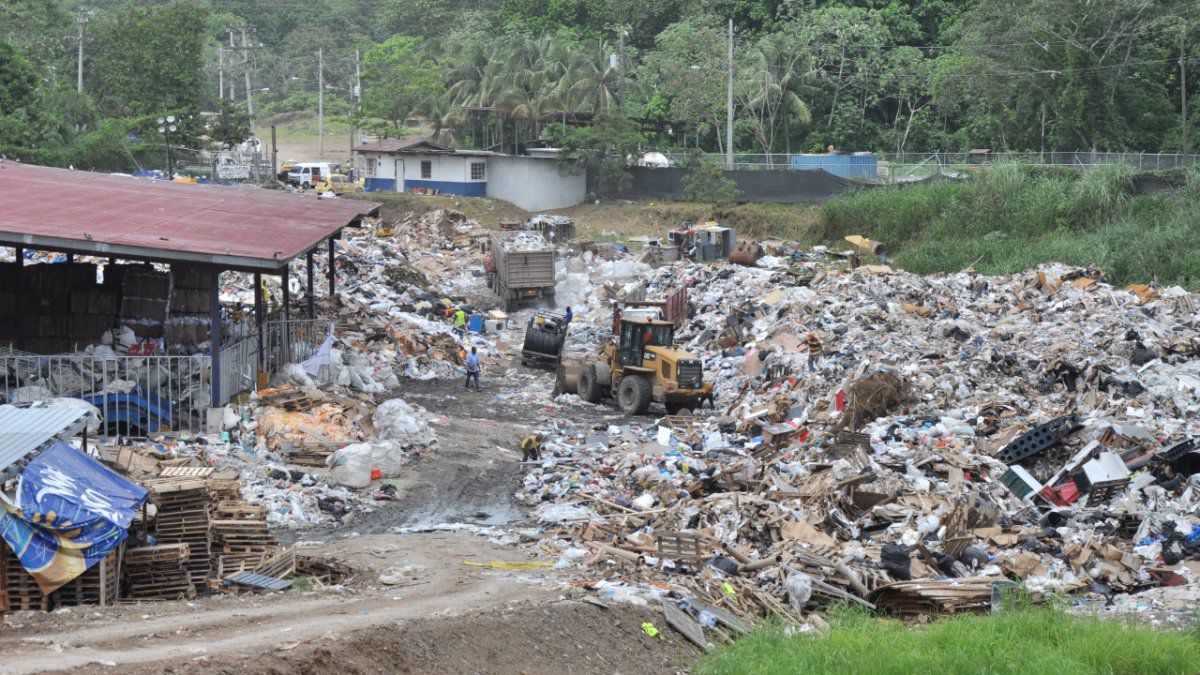 AAUD seeks to terminate contract with Urbalia after sanitary breaches

According to the AAUD, a technical committee is raising the report with the intention of terminating the contract with Urbalia or going as far as the law allows.
The Urban and Home Cleaning Authority ( AAUD ) denounced the breaches that the Urbalia Panamá, SA company maintains in the management and disposal of the Cerro Patacón waste. After these irregularities, the entity indicated that it is preparing a report "either to terminate the contract or whatever the law allows."

In 2008, a 15-year concession contract was granted to the Urbalia company for the management and operation of the 132 hectares of the Cerro Patacón sanitary landfill, an area where the waste produced and collected is received in the district of Panama and San Miguelito.

The AAUD explained that "the contract consists in that the company is responsible for managing the garbage that arrives at the sanitary landfill, disposing it in a suitable place, and then compacting it and covering it, with the aim that it does not generate toxins and gases that are harmful to the landfill. environment and atmosphere ", however, they only" receive the garbage, throw it in place and do not compact or cover it. "

In addition to this, the director of Technical Services of the AAUD, Álvaro Díaz, denounced that the leachates are not given adequate treatment, which are, "rainwater contaminated by the decomposition of waste that causes or generates problems, no only to the ground through which it travels, but also to the water bodies where they are discharged ".

These leachates are discharged into the Cárdenas, Mocambo, Guabinoso, and other rivers, which are being affected, especially the Cárdenas River, since there is discharged water from the sanitary landfill, and also from other rivers already contaminated that later end up in Panama Canal, polluting the waters at the exit of the Miraflores locks.

As Díaz explained, this happens because the leached water is not captured through drains, pipes or a complete system that channels them, and thus goes to a treatment plant that decants, processes and purifies, for a new use.

In addition, Urbalia fails to comply with the management of the segregators, who are in charge of separating and recycling the garbage that arrives at Cerro Patacón. "Most of the segregators go to the firing line, which is the area where the trucks dump the garbage, which is illegal and highly risky since there is no type of security there; and according to the contract, the company being the person in charge must pay for each recycler that is in this site, $500 a day", specifies the entity.

"Due to this environmental impact, the 9 thousand hectares that are around the Cerro Patacón landfill have been affected, including 80% of the Camino de Cruces national park," the AAUD denounces.

They also highlighted that there is no type of control for the collection trucks within Cerro Patacón, and they do not have the right personnel working there.

The AAUD paid the total amount of $15.9 million that was owed and represented 82% of the debt, and new accounts were paid that the company presented, the total being $20.9 million, of which $13.7 million Millions were paid in the pandemic, from January 2020 to April 2020.

MEASURES IMPLEMENTED BY THE AAUD

The AAUD created a technical working table in conjunction with the Minsa, Mi Ambiente, Sinaproc and the Ombudsman's Office, after the last landslide occurred in Cerro Patacón.

"So far in this administration, more than $ 1 million in fines have been imposed on this company for non-compliance," the entity said.
#MINSA
Add Comment