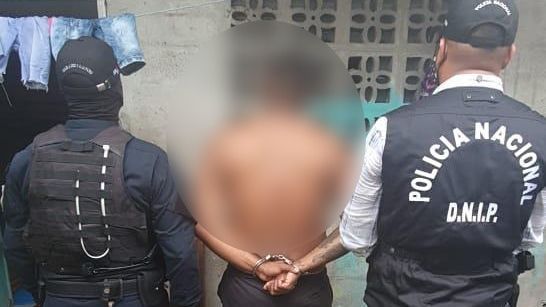 Through an intelligence operation, Erasmo Camargo "Feo" was captured on Tuesday, March 30, in El Valle de San Isidro, district of San Miguelito, who is requested by the authorities for his alleged link to the murder of former deputy Diógenes Vergara.

The Operation was done by officials from the Homicide and Femicide Section of the Metropolitan Prosecutor's Office and the search block of the National Police (PN).

Vergara was assassinated on February 9 in Pacora, when he attended a grocery store with his son and a subject approached and fired several shots at him, leaving him dead at the scene.

RELATED: Authorities request information on a subject linked to the murder of former deputy Diógenes Vergara

The Public Ministry (MP) had requested information on the whereabouts of "Feo", as part of the investigation of this homicide.

During the proceedings, the vehicle linked to the incident was found, nearby where the homicide occurred.

The former deputy was also a transport leader for several years.