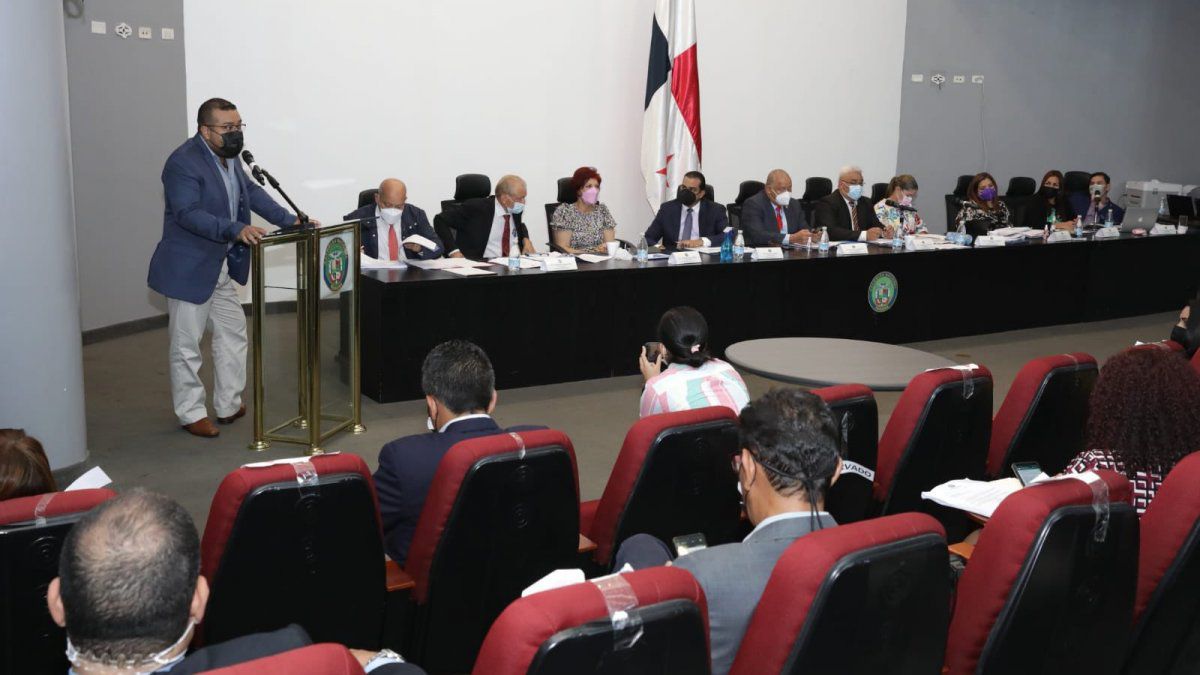 Deputies have proposed that the campaign cap for president be increased to $20 million; and to $500 thousand the cap for deputy.
A proposal to increase the campaign caps for the president and other popularly elected positions was presented this Wednesday during the discussion in the first debate of Bill No. 544, which reforms the Electoral Code of the Republic of Panama.

In this sense, deputies of the ruling Democratic Revolutionary Party (PRD) have proposed that the campaign cap for president be increased to $20 million; and to $500 thousand the cap for deputy.

In addition, the proposal presented today by several deputies, among which are Crispiano Adames, Hernán Delgado, Víctor Castillo and Roberto Ábrego, plans to increase to $5.00 for each voter, the cap on private financing for the positions of mayor, councilor and representative, when in the original proposal it is $3.75 for each voter, according to the preliminary electoral roll of the corresponding electoral district.

In the case of the corregimiento representative and councilor, the proposed modification limit is $150,000, higher than the $112,500 of the original proposal; and in the case of mayors it is $250,000, which exceeds the $225,000 originally established.

The president of the National Assembly, Crispiano Adames, justified that the project of electoral reforms have rested in this organ of the State during 7 months, and that the modification proposal has been presented being it is a competence of the same.

"Modifications have been presented because it is the competence of this organ of the State. It is called democracy. It urged participation and high-level debate," said Adames.

Multiple reactions arose after this proposal to modify the campaign caps was presented, such is the case of the president of the Democratic Change party, Rómulo Roux, who expressed his disagreement in this regard.

Likewise, the deputy Edison Broce, questioned: "Who in his right mind spends $500,000 to be a deputy? Or $20 million to be president? They want to approve goals so that the elections are a money competition, and even worse, dirty money. "

For his part, the deputy of the independent bench, Juan Diego Vásquez, questioned that with this proposal “there are setbacks on the issue of capsBefore, a campaign for president could raise up to $10 million, in the Commission we proposed $7.5 million, which is a lot of money the same, the PRD is proposing $20 million, it is proposing to almost double what that a deputy can use in the campaign, $500 thousand dollars, they are doing the policy of silver and not of ideas and as we have seen in recent days in the news, dirty money, because look where they get the money from, from dirty money, then we cannot allow the PRD to put an end to the electoral reforms, make an electoral code tailored to it, and can then reach the Assembly in the next round with 50 and 70 deputies, and not with votes, because if God and the people give the votes we cannot do anything, but with a legal trap that they put this reform to move away from democracy instead of approaching it."

He added that this would result in fewer citizens being able to compete in electoral campaigns, because they could not have the necessary money.

“It is lent so that they can receive more bad money as some receive it and be able to invest and buy votes because it is not true that the campaign in all cases is based on money, that if clear money is required, tell them that it would not be lie to them, I am not going to lie to them, but we cannot think that asking for more money when the country has less money, is so that more people compete, this is so that fewer people compete, so that many of them who have filled their pockets , who beat each other that they have six periods here filling their pockets, they can compete, they can get B / .500 thousand and more to buy votes, to get the votes and to win, but a person who today is listening to me and What does he say I want to be a deputy for my area, where is he going to get the money to compete," emphasized the parliamentarian of the independent bench.

He pointed out that "the political campaign should be about ideas, not money, and what they are doing here is the opposite, making money, because they in this government, as we have seen, are filling their pockets and we have to be careful."
Add Comment