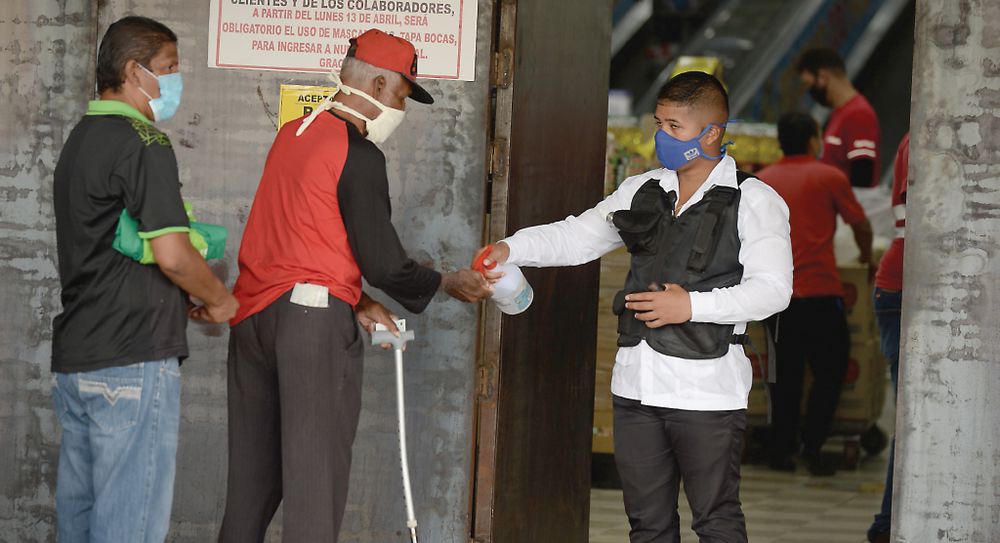 Three scenarios for a pandemic future

The Covid-19 epidemic could last up to two years, when 60% to 70% of the world's population has become infected and develops some degree of immunity against the deadly virus.

The current Covid-19 pandemic will continue to add new waves of cases, which could run until 2022.

A study by the Infectious Diseases Research Center of the University of Minnesota, in the United States, proposes three future scenarios in which, after the current wave of cases, new waves would come. Even one scenario suggests that if health controls are relaxed there would be a second onslaught of infections, such as that of the Spanish flu, which killed 50 million people between 1918 and 1919.

Scientists argue that the study serves to establish a plan for the future measures.

The three future scenarios of the pandemic

The Covid-19 epidemic could last up to two years, when 60% to 70% of the world's population has become infected and develops some degree of immunity against the deadly virus.

This is one of the conclusions that emerges from a study prepared by the Infectious Diseases Research Center of the University of Minnesota, in the United States, entitled The future of the Covid-19 pandemic: lessons learned from pandemic influenza .

The scientists based the research on eight influenza pandemics that have been recorded since the year 1700, four of them since the year 1900, which allowed them to develop three future scenarios on how the virus could behave.

The study presents a first scenario, in which the "current wave of cases" is followed by a series of "smaller repetitive waves" over a period of one to two years, gradually decreasing sometime in 2021.

Then there is a second and aggressive scenario, in which the current wave of cases is followed by a “bigger winter wave” and one or more smaller waves in 2021.

"This pattern will require the reinstatement of mitigation measures in winter, in an attempt to reduce the spread of infections and prevent health systems from being overwhelmed, " warn the scientists, who stated that this pattern is similar to that registered in the pandemic. of the Spanish flu, from 1918 to 1919, in which 50 million people died after a great second wave of cases.

Meanwhile, in the third scenario, after the first wave of cases in 2020, the reinstatement of mitigation measures would not be required, although cases and deaths would continue to occur, but to a small extent.

In the country, several doctors who make up the Technical Advisory Committee of the Ministry of Health (Minsa) evaluated the report and share some approaches.

Jorge Luis Prosperi, doctor and former representative of the World Health Organization (WHO), stressed that waves of Covid-19 may come now that we are "about to" progressively start the removal of the quarantine, because this virus He came to stay.

"The enemy, as we call it, will continue to search for susceptible people to infect them and will continue to spread among the population until there is sufficient immunity among us, either because more than 60% of Panamanians have been in contact with the virus, or because it was manufactured a vaccine”, he pointed out.

According to Prosperi, in the case of the first scenario of the study, the impact that these small final waves would cause would depend on the "collective effort" to maintain the measures of physical distance and individual and collective hygiene, as well as the epidemiological surveillance by the Ministry to detect positive cases and your contacts.

Regarding the second scenario, in which a second “great wave of cases” is reported, Prosperi explained that this could be the result of lowering the guard and relaxing the measures.

And in the last possible future, a "new normal" would be entered, with outbreaks almost the same size as today, he agreed.

The infectious pediatrician and member of the Technical Advisory Committee of the Minsa Xavier Sáez-Llorens described the study as "very good", since it was developed by prestigious scientists from the United States.

“Something important: the epidemic dynamics apply to countries with winter, most likely something different in the tropics. I anticipate that we will have intermittent peaks throughout this and next year, until we reach 60% to 70% of the infected population, ”he added.

Meanwhile, the also pediatric infectologist Javier Nieto said that epidemiological behavior will depend on how gradual the lifting of measures is and on the ability of people to respect preventive actions. "Sprouts can be worse than the first waves, as the article says," he said.

Nieto specified that "herd immunity", as it is known in medicine, is only achieved when 70% of the population is infected, but that exposure would be over time to preserve the capacity of the health system to have a vaccine or effective treatment.