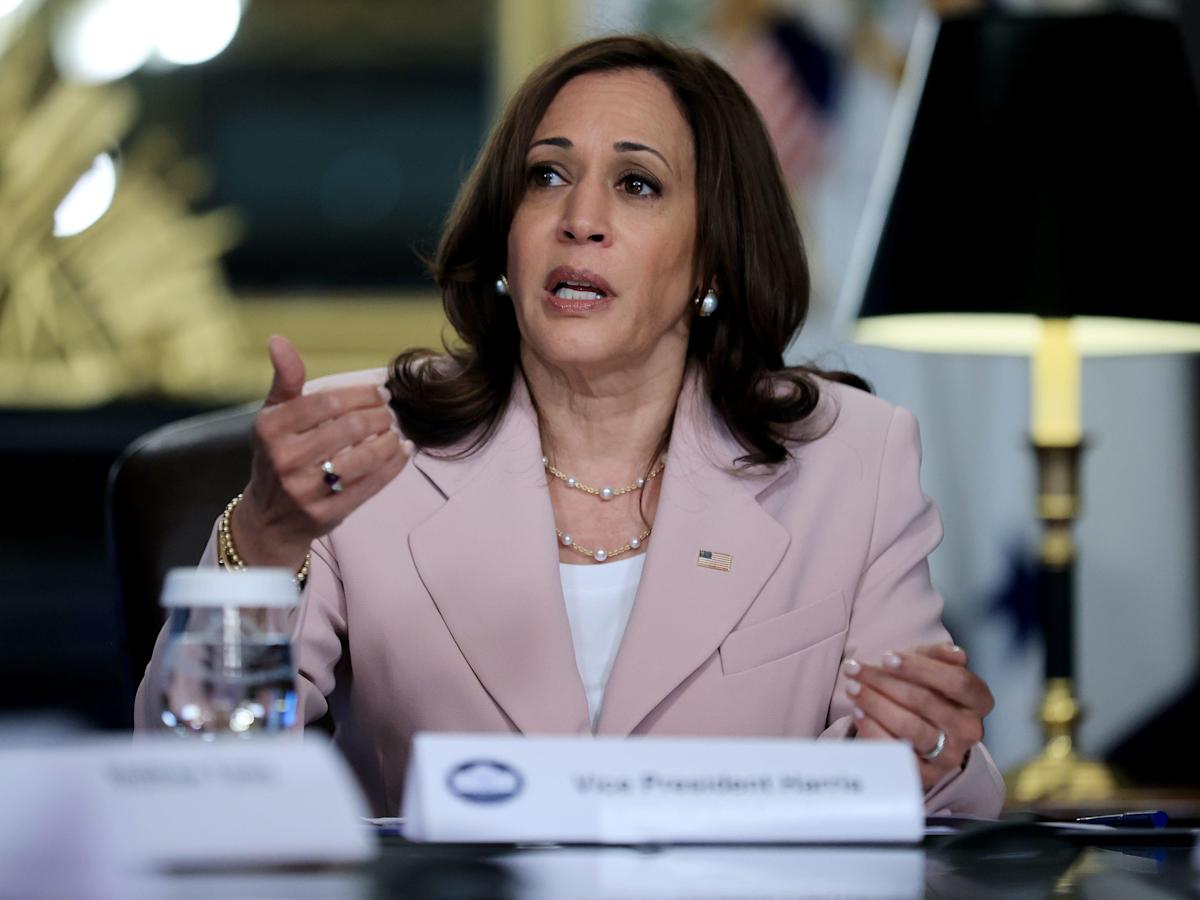 A staffer who worked for Harris before she became vice president told The Washington Post that aides were "constantly sort of propping up a bully."
A former staffer who worked for Kamala Harris before she assumed the vice presidency said that aides in her office had to endure a "constant amount of soul-destroying criticism," according to The Washington Post.

After last week's announcement that Symone Sanders, Harris' chief spokesperson, would soon depart her role - along with the expected exits of Peter Velz, the director of press operations, and Vince Evans, the deputy director of the Office of Public Engagement and Intergovernmental Affairs - the flurry of turnover in the vice president's office has some Democrats concerned about her future standing as a potential Democratic presidential nominee.

For months, what was originally Inside-the-Beltway chatter about Harris' office has spilled into larger view, with the chatter threatening to chip away at Democratic morale when the vice president is faced with tackling some of the Biden administration's most challenging issues - including immigration and voting rights.

Several former staffers told The Post of several concerns that they detected while working for Harris years ago. Harris' office did not respond to Insider's request for comment.

A major issue that several staffers raised was Harris' refusal to analyze briefing materials set forth by employees, which reportedly resulted in her scolding them if she appeared to be unprepared, according to The Post.

"It's clear that you're not working with somebody who is willing to do the prep and the work," one former staffer told the newspaper. "With Kamala you have to put up with a constant amount of soul-destroying criticism and also her own lack of confidence. So you're constantly sort of propping up a bully and it's not really clear why."

Former Harris aide Gil Duran left her office in 2013 after five months in his role when she was California's Attorney General; he told the Post that the turnover in the vice president's office points back to her.

"One of the things we've said in our little text groups among each other is what is the common denominator through all this and it's her," he told the newspaper.

"Who are the next talented people you're going to bring in and burn through and then have (them) pretend they're retiring for positive reasons," he continued.

In a recent column, Duran, now the editorial page editor for The San Francisco Examiner, wrote that it was "sad to see her repeat the same old destructive patterns."

However, Harris allies see the criticism as a consequence of her groundbreaking profile as the first female, first Black, and first Indian American to hold the vice presidency — as well as her future as a potential Democratic standard-bearer. Many also feel as though there's a heavy dose of sexism mixed in with some of the public reports about her office.

Sean Clegg, a partner at political consultancy Bearstar Strategies, said that Harris had a firm disposition, but was not abusive.

"She has put me personally in the position of feeling like Jeff Sessions," he told The Post, referring to Harris' tough questioning of the then-attorney general over Russian interference in the 2016 US presidential election.

However, Clegg told The Post that he never felt as though Harris treated him in an unreasonable manner.

"People personalize these things. I've never had an experience in my long history with Kamala, where I felt like she was unfair," he said.

"Has she called bulls---? Yes. And does that make people uncomfortable sometimes? Yes. But if she were a man with her management style, she would have a TV show called 'The Apprentice,'" he added, referencing former President Donald Trump.

White House press secretary Jen Psaki, who has dismissed reports of dysfunction in Harris' office, said that it was normal for departures a year or so into an administration.

"In my experience, and if you look at past precedent, it's natural for staffers who have thrown their heart and soul into a job to be ready to move on to a new challenge after a few years," she said on Thursday during a press briefing.

"And that is applicable to many of these individuals. It's also an opportunity, as it is in any White House, to bring in new faces, new voices and new perspectives," she added.
#Donald Trump
Add Comment