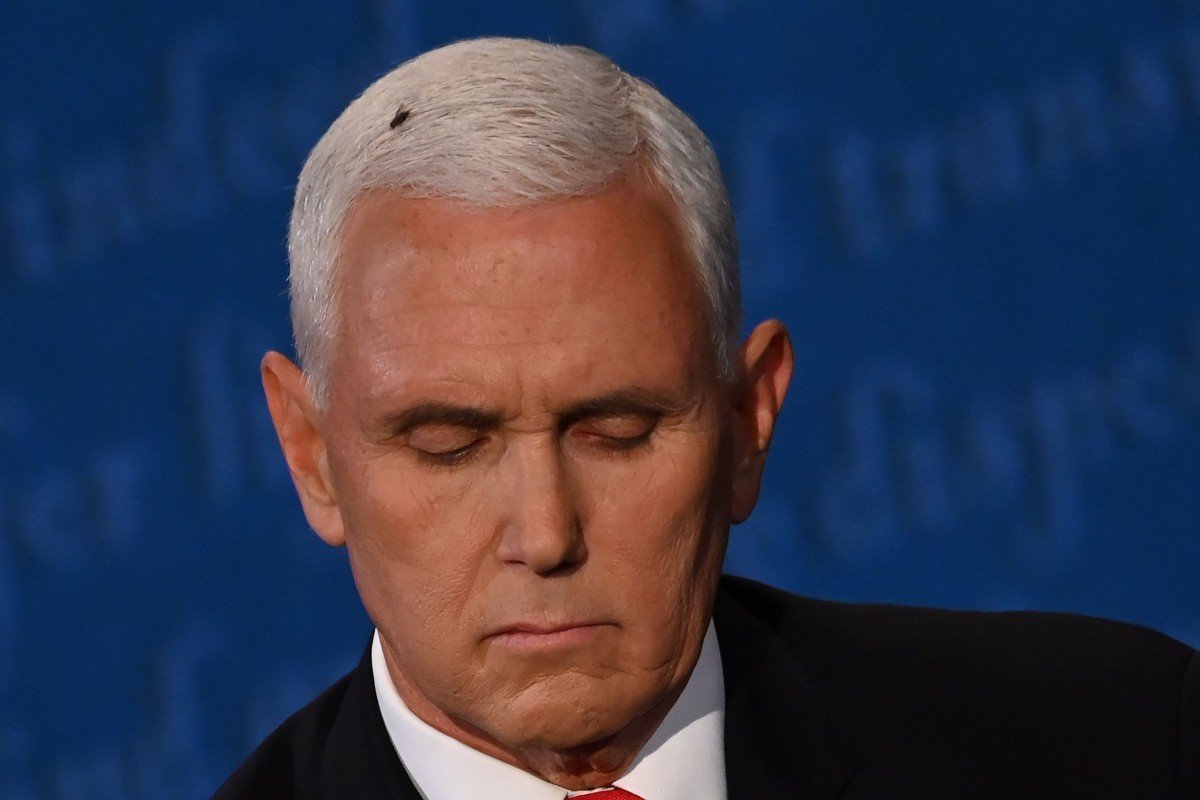 There was briefly another participant swooping into Wednesday night’s vice-presidential debate.

But Trump’s Covid -19 infection, and his and Biden’s advanced age, made it perhaps the most consequential US vice-presidential debate in living memory.

Here are a few stand-out moments from the debate:

Frustrated that Trump and the Republican-controlled Senate may soon cement a 6-3 conservative majority on the Supreme Court, some on the left have called on Biden to expand the nine-member court to 11 or 13 seats. Harris declined to say whether she supported that idea.

Seeking to push that idea, Pence posed questions about Biden’s and Harris’ plans, which he also answered for her: “The straight answer is they are going to pack the Supreme Court if they somehow win this election.”

The relatively sedate atmosphere allowed stark policy differences to come to the fore.

On global warming, for example, Pence declined to say that it was caused by human activity – the overwhelming scientific consensus – and said Biden’s proposed fixes would be too expensive.

He also inaccurately said that Biden would ban hydraulic fracturing. Biden, in fact, has said repeatedly he would not pursue a fracking ban, although he would oppose new permits for drilling on federal land. It is a key issue in electoral backgrounds like western Pennsylvania and eastern Ohio, where the technique has led to a boom in energy production over the past decade.

A fly in the ointment

Pence’s left eye was noticeably bloodshot for much of the debate. More than an hour in, a black housefly sat for several minutes on Pence’s white hair, hanging on as he shook his head and parried with Harris over race and criminal justice.

Conversation about the fly briefly dominated corners of Twitter, where debate watchers discussed their distraction and inability to focus on Pence and Harris’ answers. Some joked about the need to test the fly for the coronavirus, as it had skirted the Plexiglas partitions separating the candidates and moderator.

Colouring inside the lines

Following last week’s chaotic, insult-laden debate between Biden and Trump, moderator Susan Page warned both candidates that she would strictly enforce rules designed to ensure decorum. “We want a debate that is lively. But Americans also deserve a discussion that is civil,” she said.

Pence opened by saying it was a “privilege” to be on stage with Harris – even after she said the administration’s coronavirus response was “the greatest failure of any presidential administration in the history of our country.”

Things eventually heated up, but only to a simmer, not a boil. Pence repeatedly interrupted Harris and the moderator, leaving Harris to plead: “Mr Vice-President, I’m speaking.” 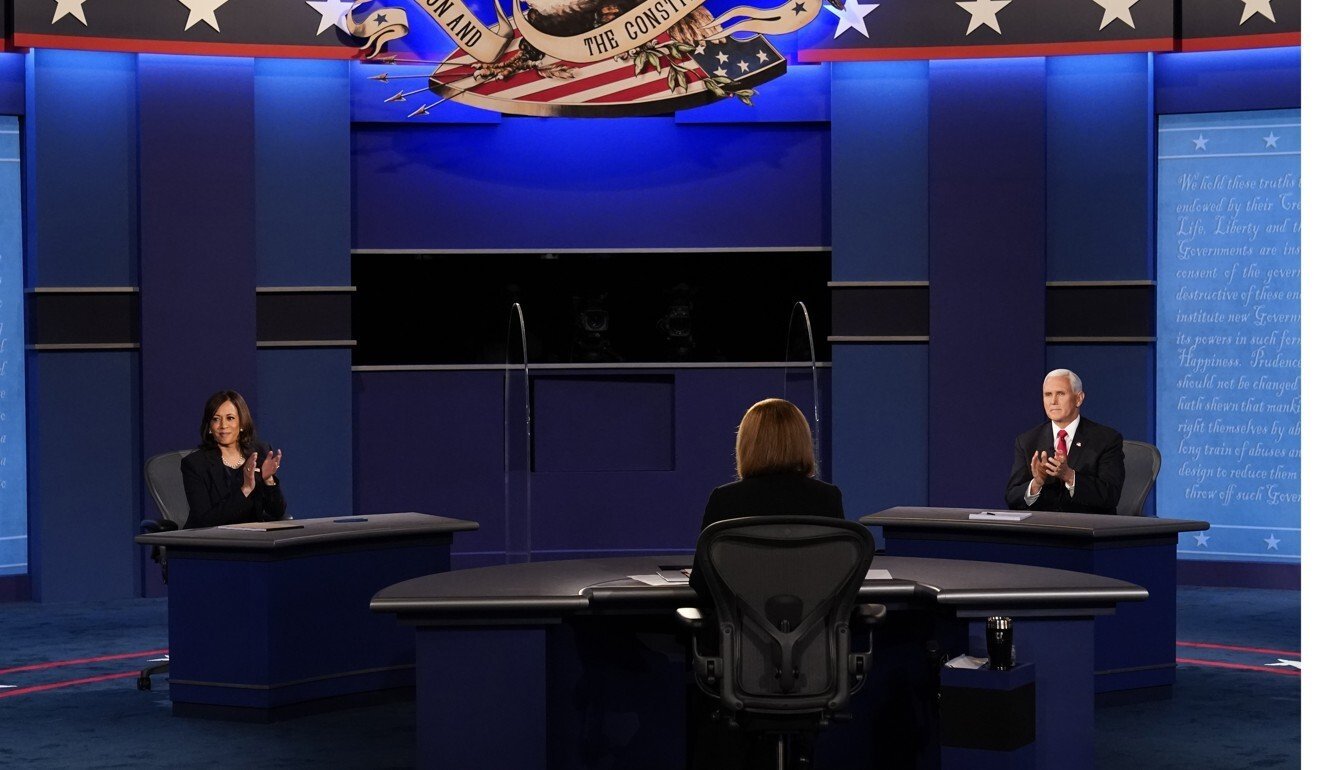 Kamala Harris and Mike Pence were separated by Plexiglas as a safety precaution.

Speak not of the aged

In 2008, when he was Barack Obama’s running mate, Biden said that “no one decides who they’re going to vote for based on the vice-president.” Yet this debate has outsize importance.

Biden, 77, would be the oldest president in US history if he were to win the election, and he has hinted he might only serve one term.

Trump, only slightly younger at 74, spent the weekend at a military hospital outside Washington after contracting the novel coronavirus.

From purely an actuarial standpoint, Pence, 61, and Harris, 55, would be more likely to step into the presidency than other vice presidential candidates.

Pence also carries an additional burden as he has been tasked with campaigning for the ticket as Trump has been sidelined because of his Covid-19 infection.

Yet both candidates avoided the topic.

When asked whether they had a firm plan of succession in place, Pence used his time to talk about vaccines, while Harris talked up her biography as a child of immigrants who went on to serve as California attorney general.

Likewise, neither answered directly when asked why their elderly running mates had not released detailed health information. Pence thanked those who had wished for Trump’s recovery, while Harris criticised Trump for not releasing his tax returns.

Candidates typically show up with a quiver of prepared one-liners, and Pence loosed one early.

He accused Biden of copying the Trump administration’s plan to fight the coronavirus, dredging up charges of plagiarism that helped sink Biden’s first presidential run in 1988.