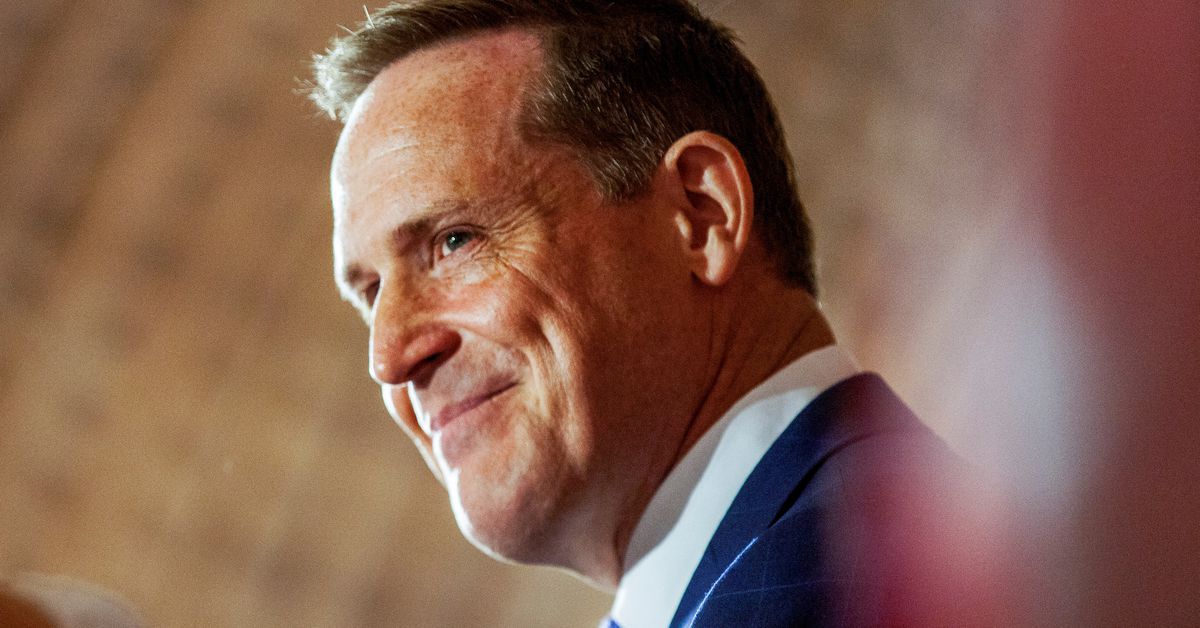 A competitive Senate race in North Carolina has Republicans worried

In his campaign for the U.S. Senate in North Carolina, Republican candidate Ted Budd has described himself as a "conservative warrior" and a "liberal agenda crusher." But some of his fellow Republicans worry he is not fighting hard enough.

While Democratic candidate Cheri Beasley has spent the summer running TV ads and campaigning across the state, Budd has kept a lower profile, staying off the airwaves for months and devoting much of his time to private fundraising events.

Former Governor Pat McCrory, who lost to Budd in a hard-fought Republican primary, told Reuters that Budd is running a "risk averse" campaign, while conservative radio host Brett Winterble lamented the lack of "fire and fury" in the race.

The North Carolina contest is one of a handful that could determine which party controls the Senate after the Nov. 8 midterm elections. Republicans need to pick up only one seat to win back the majority, which would enable them to block most of Democratic President Joe Biden's legislative agenda and reject his nominees for jobs in his administration and the federal judiciary.

Opinion polls show a race effectively tied between Budd, a congressman and gun-store owner backed by former President Donald Trump, and Beasley, a former chief justice of the state Supreme Court who would become the only Black woman in the Senate if elected.

Seven Republican strategists said in interviews that they are concerned that Budd is not doing enough to court independent voters, who now outnumber registered Republicans and Democrats in the politically competitive state.

The strategists said they fear the race will steal resources from Republican candidates in other states including Georgia and Arizona that are key to the party securing Senate control.

"There is no doubt outside groups will have to come once again and rescue Republicans in the final weeks," said one strategist involved in the race, speaking on condition of anonymity.

The Republican Leadership Fund, a national committee that backs Senate Republicans, has begun to air $27 million worth of attack ads in North Carolina aimed at boosting Budd's chances. Other conservative groups are contacting voters directly.

Budd's campaign said his U.S. House of Representatives duties kept him in Washington for much of the summer, but he plans to run TV ads and campaign more intensively in the state in the coming weeks, focusing on bread-and-butter matters like inflation. Republicans have sought to pin the blame for rising prices on Biden.

"Inflation is the number one issue right now in North Carolina, and Cheri Beasley has supported all of the Joe Biden policies that yielded this inflation," said Jonathan Felts, a senior adviser to the Budd campaign. "I feel pretty good about our chances."

Democratic candidates have come up short in the past three Senate races in North Carolina, despite raising more money than their Republican rivals. Even so, some Republican strategists said the current race is more competitive than they had anticipated, and called on Budd to campaign more aggressively.

A senior Republican official in North Carolina said Budd's reluctance to talk to the news media or voters will not help him attract unaffiliated women voters concerned about his strict opposition to abortion.

"This is an issue that he needs to get in front of or else it could really hurt," the official said, speaking on condition of anonymity.

Abortion rights have become a central theme of the midterms after the U.S. Supreme Court in June overturned 1973 Roe v. Wade decision that legalized abortion nationwide.

Beasley, who has raised more than twice as much money as Budd, has emphasized her support for abortion rights and other policies popular with Democrats. But Beasley has also sought to portray herself as having an independent streak, unafraid to break with her party on issues.

Her campaign has criticized Budd for voting against bipartisan infrastructure and semiconductor legislation.

"Cheri has the momentum in this race with her unique candidacy, winning message and robust campaign," campaign spokesperson Dory MacMillan said.

Budd has campaigned as a staunch conservative, posing with a handgun in his waistband at the U.S.-Mexico border and vowing to block Biden's "woke, socialist agenda." Budd has not yet said whether he will agree to a debate with Beasley.

He campaigned with Trump during the Republican primary race, and like many Republican lawmakers, voted against congressional certification of Trump's 2020 election loss to Biden. It is not clear whether Trump will return to North Carolina before the general election.

"North Carolina is always close, but this year it will be even closer," McCrory said.