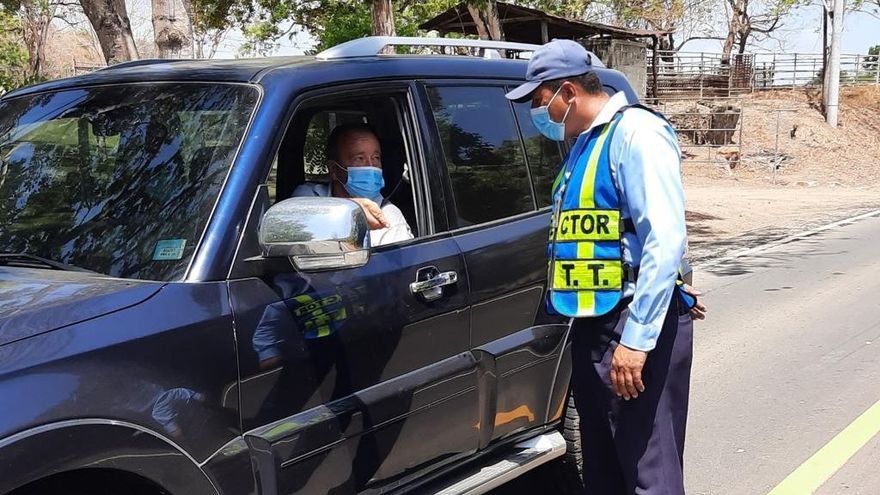 A total of 88,181 vehicles have traveled to the interior of the country, and 5,119 drivers have been sanctioned for committing different traffic offenses during the Road Safety Operation Easter Week 2021, as reported this Saturday by the National Directorate of Operations of National Police Transit (DNOT).
It details that of this total, 1,806 received violations for speeding, 109 for proven drunkenness, 19 for alcoholic breath, 368 for driving vehicles with inadequate lights, 50 penalized for talking on a cell phone, 22 drivers with expired licenses.

It adds that 137 traffic accidents have been registered, 16 vehicles received road assistance from the Transit units, through the mobile workshop, and 202 vehicles were towed by crane.

On the other hand, as part of the actions carried out by the National Police, between April 1 and 3, there were 267 arrests (81 through judicial notices, 28 caught red-handed, 135 detained for administrative offenses, 22 arrests for micro-trafficking and 3 for drug trafficking); In addition, 54 search procedures were carried out, in which 7 packages with drugs were seized, in operations registered in the Cinta Costera (El Chorrillo), Colonia Del Prado (Don Bosco) and David, Chiriquí, seven firearms were seized, 530 ammunition and it was possible to recover a speedboat and four vehicles; also 90 people were sanctioned for failing to comply with the Dry Law decreed by Good Friday.

Regarding the influx of citizens to the beaches and rivers, the National Civil Protection System (Sinaproc) counted a total of 4,760 people who visited these sites; Five rescues were registered: two people who were trapped by a head of water in Finca 4, Bocas del Toro; and three that were swept away by strong currents today on Santa Clara beach; they provided 9 care or first aid due to bites from marine agents; and 70 transfers of producers were made from the Rio Grande sector in Penonomé, who were trapped by the rising river.

For its part, until 2:00 pm on Saturday, the movement of passengers by sea had been approximately 20,636 passengers in 2,882 trips made nationwide, without regrettable incidents, according to preliminary statistics managed by the Panama Maritime Authority (AMP).
Add Comment