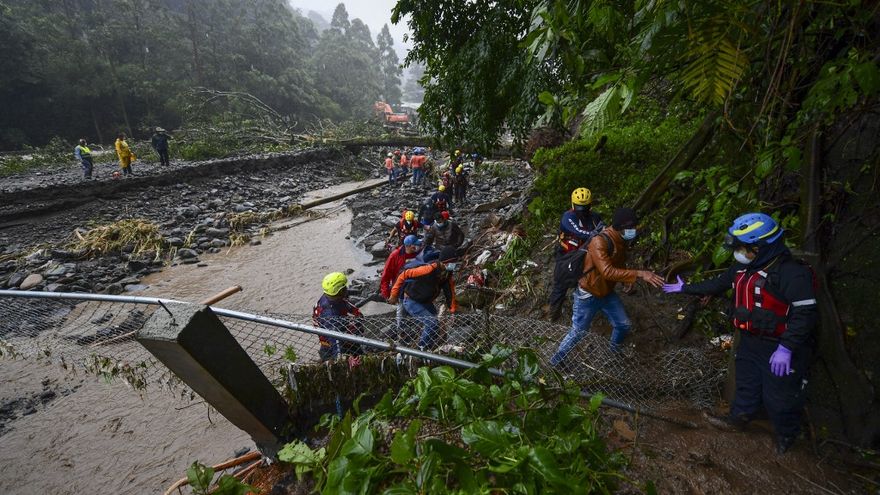 The Minister of Public Security, Juan Pino, released this Friday the official balance of the effects caused by floods and landslides in the provinces of Bocas del Toro, Chiriquí, Veraguas and in the Ngäbe-Buglé Region, detailing that they are currently being accounted for 8 deceased, among which are 7 male and 1 female.
There are also 68 people missing, 2,063 affected citizens, 757 evacuated and rescued, and 145 isolated and incommunicado.

He explained that through the so-called “Operation Homeland", three phases have been established for the attention of the climatic emergency; The first is the response phase, which they are currently in and consists of search and rescue, first aid, damage assessment, opening and managing shelters and the provision of humanitarian assistance.

The second phase is the rehabilitation phase in which the reestablishment of basic services and energy, the road network, bridges, ports, airports and others must be carried out; while phase three would be the recovery phase, which will consist of focusing all efforts on rebuilding what has been destroyed.

He added that as part of the actions to be carried out, the National Aeronaval Service (Senan) will provide operational support with maritime and air logistics to be able to reach areas of difficult access; While the Colombian Air Force has coordinated the use of two cargo planes that will serve to make an airlift between the district of David and the province of Bocas del Toro.

Furthermore, the Civil Aviation Authority of Panama has coordinated two planes from David to Changuinola; and a maritime communication line will be established from Colón to Bocas del Toro with two barges from the Senan.

Likewise, humanitarian aid actions are carried out, the transfer of rescuers and the movement of cargo through Costa Rica is considered, if necessary.

The Minister of Government, Janaina Tewaney Mencomo, reported that at the national level 29 floods, 25 landslides, 2 collapses of structures, and 47 hospital care have been attended; In addition, emergency operations centers have been installed in David, Veraguas, Coclé, Panama, Panama Oeste and Herrera, while the governorates of Panama, Los Santos, Colón, Darién and Guna Yala, remain on monitoring alert.
#Costa Rica
Add Comment