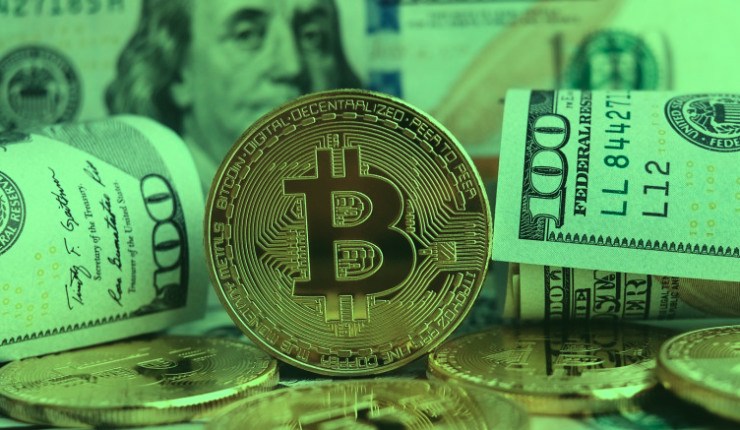 65% Of Americans Keen To Be Paid In Crypto, Coinbase Enables Paycheck Conversion

According to recent study, 65% of Americans would be willing to receive paycheck in Bitcoin, Ethereum and Dogecoin. Coinbase, one of the leading crypto exchanges just announced a new feature that would allow Americans to convert their salary to crypto in just few clicks.

Research company, Skynova interviewed over 1,000 working professionals, including 797 employees and 205 managers, to understand how Americans view cryptocurrencies as a form of workplace compensation.

The survey was sent to investigate the general attitude and explore to what extent working Americans are willing to be paid in Bitcoin and other cryptocurrencies. Do they perceive it as a perk and would they quit their job to pursue one that offered this type of compensation?

65.5% of employees responded they would be at least somewhat willing to receive compensation in cryptocurrencies, with just over 28% even classifying themselves as “very willing.”

The employees’ demography surfaced as an important factor since the survey revealed that 63% of millennials view compensation in crypto as a perk.

Fewer than 10% rated the idea of their employers starting to offer salaries in crypto as “very bad.”

Almost a third of the respondents said that they would quit their current job to pursue another that offered crypto compensation, although if their current employer started doing so, 42.2% would quit.

Such an attitude suggests that employees are more eager to pursue new forms of compensation on their own, as opposed to it being imposed on them.

When asked which crypto they would like to see on their paychecks, the majority of working Americans (74.3%) sided with Bitcoin (BTC), followed by Ethereum (ETH) and Dogecoin (DOGE).

According to the survey results, the top benefit to being paid in crypto is the belief that it’s the future of currency, while other commonly perceived benefits to crypto compensation included the potential for financial gains and the diversification of income.

The top perceived drawbacks of compensation in crypto surfaced to be market volatility, the potential for financial losses, and limited acceptance.

More than 200 of the respondents were managers, often in charge of hiring and compensation decisions.

With more than 77% of hiring managers saying they are at least somewhat willing to compensate their employees in crypto, these higher-ups surfaced as more likely to sign off on a crypto paycheck than employees were to receive it.

Where hiring was concerned, cryptocurrency also played a heavy role, since 48.3% of those in charge of hiring employees reported typically looking for cryptocurrency experience.

When screening potential candidates, managers of small and large companies alike often looked for crypto experience, while midsize companies with 50 to 249 employees were in fact looking for this type of experience more often than not.

Coinbase, the leading cryptocurrency exchange in the United States, announced a few hours ago that american citizens will be able to automatically receive their paycheck in crypto.

The new “Get Paid in Crypto” service will allow cryptocurrency enthusiasts to directly receive their paycheck in Bitcoin, Ethereum, or any of the 100+ cryptocurrencies available on Coinbase with little to no effort.

“Now, you’ll save time on the extra steps it takes to move money so you can immediately earn interest on your income or earn crypto rewards with your Coinbase Card. Plus, you’ll pay zero transaction fees on direct deposit funds so you have instant and free access to the cryptoeconomy.”

According to an official blog post, Coinbase seeks to reduce friction when acquiring or using cryptocurrencies, allowing people to start using or exchanging tokens more easily and instantaneously. Coinbase believes this will represent the future of payroll.

Basically, Coinbase would take care of the entire process, which starts when the client receives the money and extends until the deposit in the exchange and the purchase of tokens. By automating everything and because of the process’s speed, customers get the impression of being paid directly in cryptocurrencies.

Everything is done on a zero-fee basis, although Coinbase will benefit from the spread on transactions.

The registration process is easy and intuitive and is done only once. In general terms, the client must provide information about their current payroll company or employer. Coinbase will take care of the necessary paperwork to receive his money directly in Coinbase.

Source: 65% Of Americans Keen To Be Paid In Crypto, Coinbase Enables Conversion

Oh ya 121 days ago
More bull shit by those that want the peons to accept this. Once the goverment has control over your digital bank account you are now a slave to anything the goverments tell you to do or your funds get shut off. Sloe joe now saus 96-97 %of the people need to take the jab to go back to normal, well guess what your bank accountvis shut off until you do. This is just 1 example of what they can make you do. What of they decide someday that everyone should be renting a house and not own a house, you say NO and the say yes you must sell it to OUR PREFERRED buyer and rent it back, click you are locked out of your bank account, you stand firm but the taxes are due and tou lose your house to the taxman because you can not get to YOUR money. Do not think this could not happen, there are many crazy power hungry people in the world
View all comments (1)Add comment