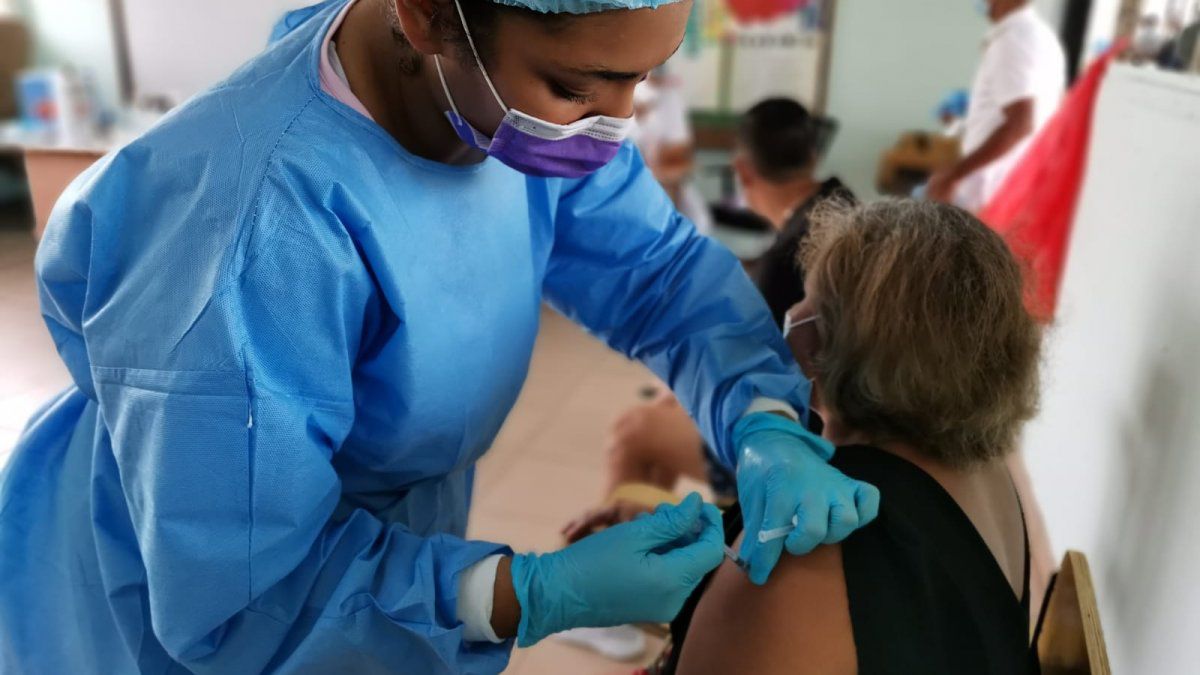 61.1% of the population has received at least one dose of the anticovid vaccine in Panama

"PAHO mentioned that, when analyzing the average daily doses applied in 7 days, it has reached 0.98 doses," said Minsa.
The Ministry of Health of Panama ( Minsa ) reported this Sunday that according to August 21, the country reached 61.1% of the population that has received at least one dose of the anticovid vaccine , this according to the latest recent report from the Pan American Organization. Health (PAHO), which highlighted the figures published by Our World in Data.

It should be noted that this figure exceeds the world average of 32.4% and in eight countries in the Americas region: Peru, Colombia, Mexico, the Dominican Republic, Costa Rica, Brazil, Argentina and the United States.

"PAHO mentioned that, when analyzing the average daily doses applied in 7 days, it has reached 0.98 doses, which exceeds not only several countries in the Region of the Americas but also Israel, which is 0.97", highlights the Minsa.

Minsa adds that the percentage of the completely vaccinated population reaches 23.4%, above Costa Rica and Peru, according to the international organization.

On the other hand, it stands out that Panama is the fourth country with the most tests per million inhabitants, accounting during the month of August, a total of 824,875 tests per million inhabitants, being surpassed in volume of tests by Chile with 1,015,969, Canada with 1,050,590 and the United States with 1,531,808.
#Costa Rica  #vaccine  #MINSA