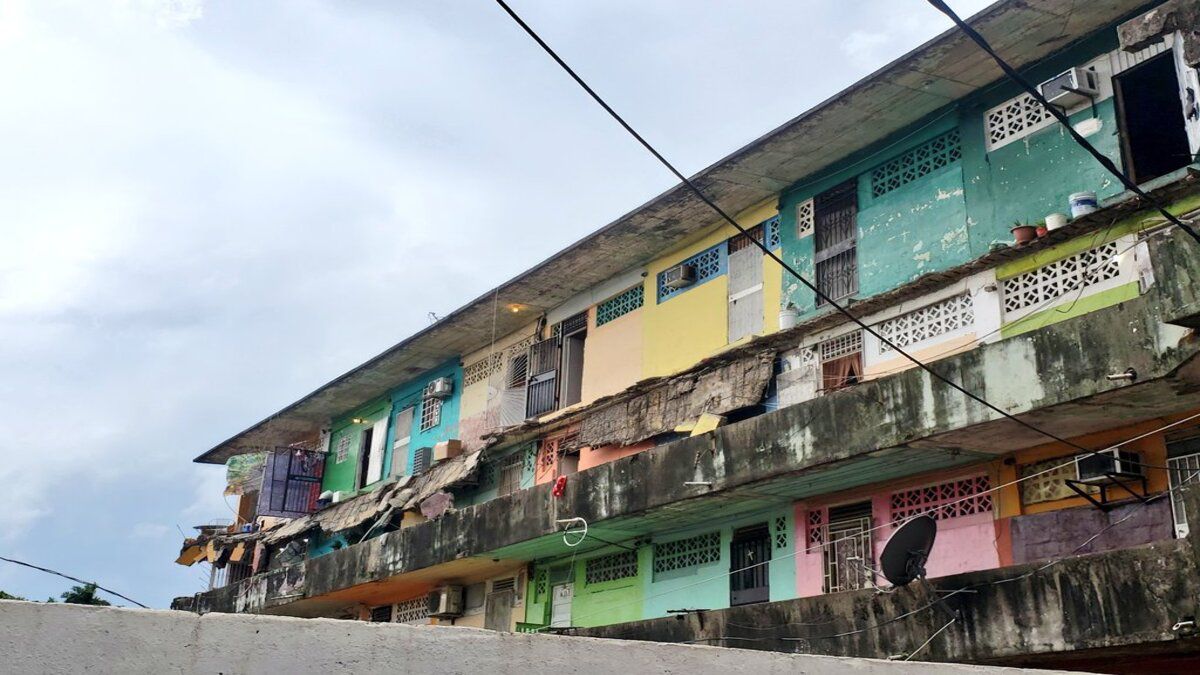 Three people were injured, two minors and one adult, after the collapse of the structure. These people were taken by ambulance to a hospital and are out of danger, confirmed the director of the National Civil Protection System (Sinaproc), Carlos Rumbo.

In total, 72 families were affected, an approximate of 249 people, reported the Deputy Minister of Housing and Land Management, Daniela Martínez.

"It is a building that was already condemned years ago and what follows is demolition, so it is definitely not habitable," Martinez said.

The families were temporarily relocated to a hotel in the Calidonia district.

The units of the security estates evacuated the people who were not injured, but were trapped on the fourth floor of the building.

They were evacuated through the rear windows of the building. Units of the Meritorious Fire Department carry out rescue maneuvers with wind ladders.

The director of Sinaproc recommended that the families affected by security be relocated.
#Carlos Rumbo
Add Comment