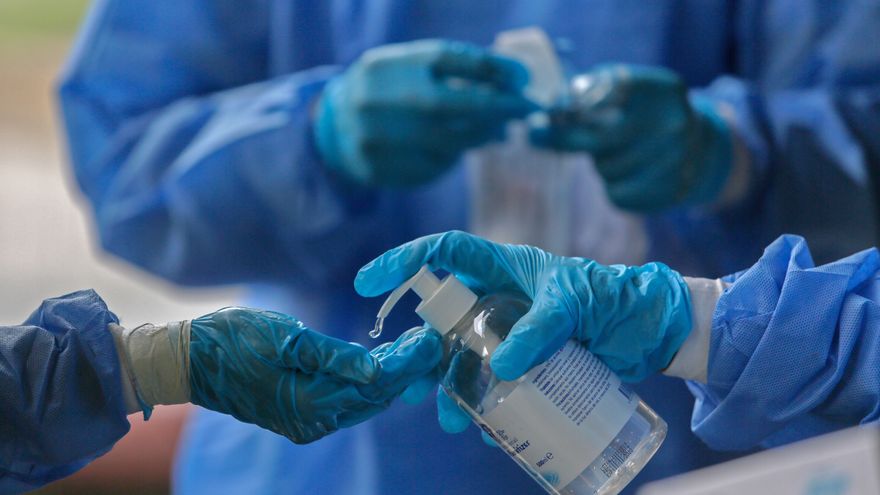 2,447 new infections of Covid-19 are registered, a record number of cases since last March

The epidemiological report of the Ministry of Health (Minsa), of this Thursday, December 10, registers 2,447 new infections of the new coronavirus and 23 new deaths.

The number of new cases is a record since the arrival of Covid-19 in Panama on March 9.

The Minsa announced that to date 13,299 tests have been applied, for a percentage of positivity of 18.4%.


On the other hand, it was reported that the Minsa, on behalf of the National Government, received this Thursday from the United States a field hospital, valued at 400,000 dollars, in addition to personal protective equipment worth 120,000 thousand.

The donation was received by the Deputy Minister of Health, Ivette Berrío from the hands of Admiral Craig S. Faller, chief of the United States Southern Command and the Charge d'Affaires of the US Embassy in Panama, Stewart Tuttle.

Vice Minister Berrío said that "experience has taught us that the fight against the coronavirus must be done as a team to make it more effective, to the extent that we do it together we are stronger and the fight can be carried out better."

For his part, Faller stressed the importance of nations coming together in difficult situations for the benefit of citizens in general.

During the event, Berrío delivered the supplies received to the medical directors of the Children's Hospital, Paul Gallardo; Elías García Mayorga, from the Santo Tomás Hospital; Aurora Vernaza, from Hospital Panamá Solidario, and Yamilka Abad, from Hospital Nicolás Solano.