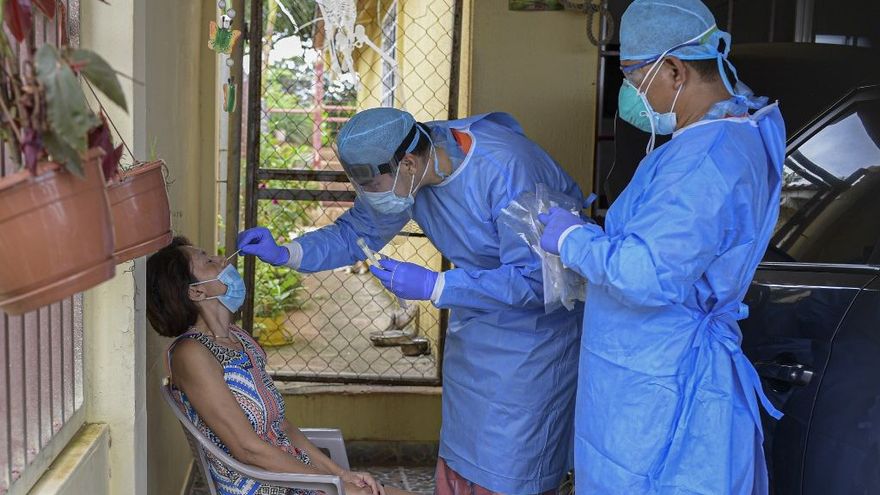 The Ministry of Health (Minsa) reported that for this Friday, January 22, in Panama a total of 307,793 accumulated cases of COVID-19 are counted, of which 2,041 are new infections.

It also details that the number of confirmed deaths due to the new coronavirus rose to 4,980, with a total of 33 new deaths registered in the last 24 hours and 3 update.

The fatality rate in the country remains at 1.6% .

A total of 2,500 patients are hospitalized in the ward and 259 are kept in intensive care units.

On the other hand, he adds that for today 253,503 people who have recovered are reported.

The Minsa adds that in the last hours, 13,302 new tests have been carried out to detect COVID-19 and the positivity rate is 15.3% in the country.

Jill 111 days ago
Enough with endless FEAR and TERRORIZING the people. The tests are fraud even the WHO came out this week and admitted this! Stop it already at best for every 1000 cases reported their are only 30 real cases. STOP IT. YOU ARE HARMING SOCIETY!
View all comments (1)Add comment