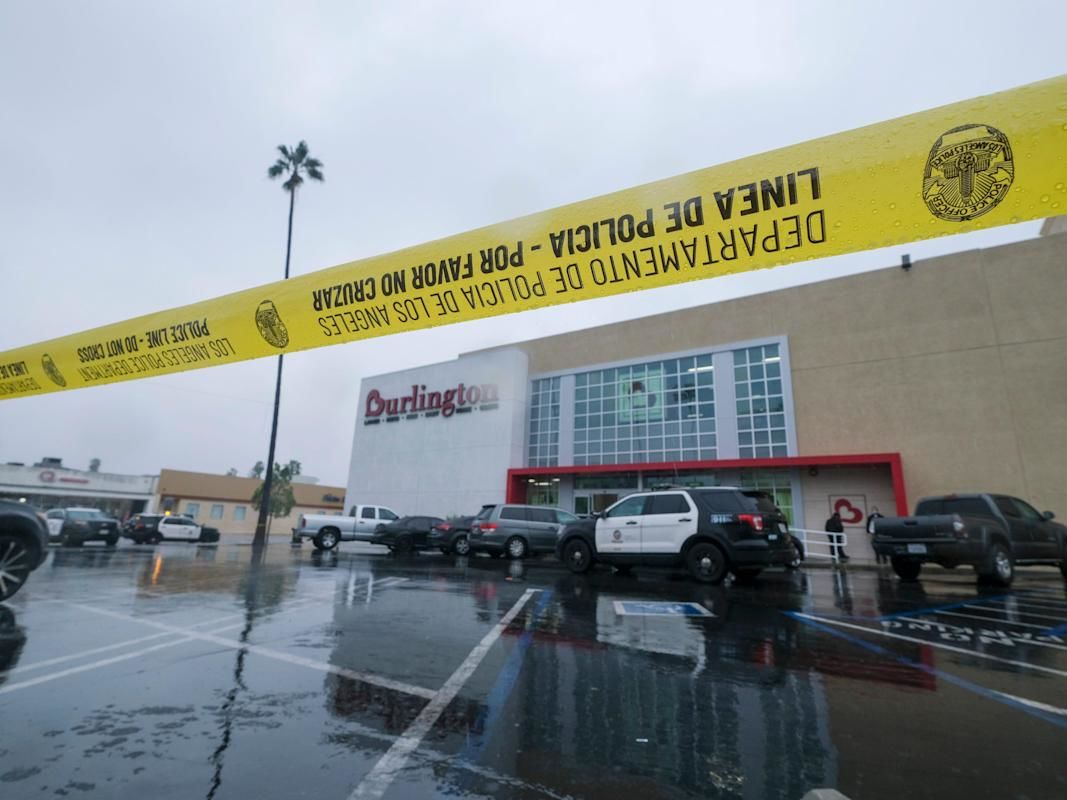 The 14-year-old girl who was fatally shot by Los Angeles police at a North Hollywood Burlington store as they fired at an assault suspect has been identified.
The L.A. County County Coroner identified the young victim as Valentina Orellana-Peralta, but did not provide further information regarding the cause of death. The LAPD believes she was killed by an officer's bullet that pierced through a wall, striking and killing her in the dressing room.

The 14-year-old girl was with her mother in the store trying on dresses for a quinceañera when she was shot.

Investigators say they found a heavy steel or metal cable lock they believe was used to hit the assault victim, but no gun from the suspect was recovered.

Police said they received a radio call about an assault with a deadly weapon shortly before noon Thursday at the store, which is located near the intersection of Laurel Canyon and Victory boulevards.

As officers made their way to the scene, police received additional calls of a possible active shooter situation underway at that location with reports of shots fired. However, LAPD posted on Twitter that the incident was not being considered an active shooter situation."While they were en route, they also received additional radio calls from multiple people indicating there was a possible shooting in progress, possible active shooter. A number of those individuals indicated that they were sheltering in place and they were taking cover," said LAPD Capt. Stacy Spell at a news conference.

When police arrived at the scene, they encountered a suspect "who was in the process of assaulting" a victim, Spell said. That's when police opened fire on that suspect, who was subsequently taken into custody, he added.

The Los Angeles Fire Department later pronounced that suspect dead at the scene.During their investigation, police discovered that another person was struck by gunfire, Spell said. This individual, later identified as the 14-year-old girl, was also pronounced dead at the scene. She was found during a search for additional suspects and victims, police said.

"One of the rounds apparently struck a wall behind the suspect and behind that wall was a fitting room, and inside there, tragically was this 14-year-old girl and her mother," Moore said.

Video showed a woman with a bloodied face, who appeared to be the assault victim, being placed in an ambulance.

The victim was taken to the hospital with moderate to serious injuries, Fire Department spokesperson Nicholas Prange said. Police said she had wounds to her head, arms and face.

Investigators were trying to determine whether the assault was random or targeted. LAPD Assistant Chief Dominic Choi said they don't believe the teenager was related to the person who was attacked."This chaotic incident resulting in the death of an innocent child is tragic and devastating for everyone involved," Moore said in a statement. "I am profoundly sorry for the loss of this young girl's life and I know there are no words that can relieve the unimaginable pain for the family."

Moore said a "thorough, complete and transparent investigation" into the shooting will be conducted and added that a critical incident video that will include 911 calls, radio transmissions, body camera and other video will be released by Monday.

Moore expects the investigation will take at least weeks.

The police officer who opened fire has been placed on paid administrative leave as the investigation continues.