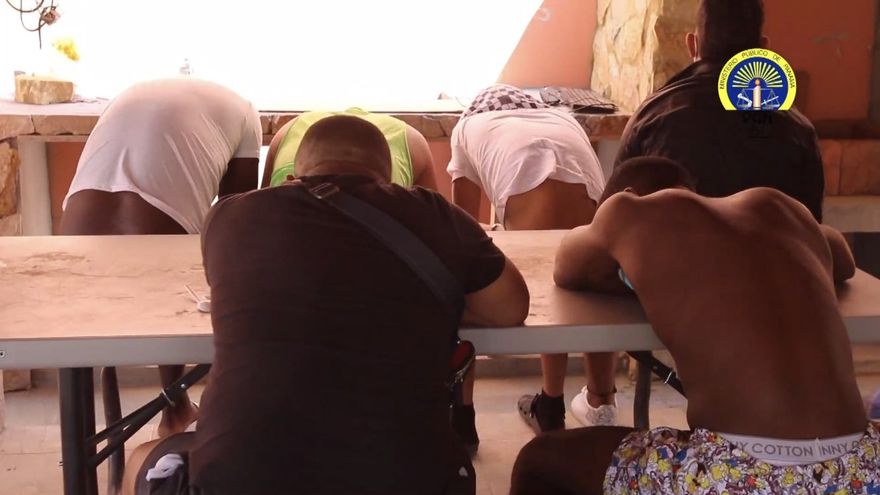 12 people apprehended in Sajalices for possession of weapons and explosives

The Public Ministry of informed that the Section of Decision and Early Litigation of Panama Oeste obtained in Hearing of Guarantees, the provisional arrest for 12 people (8 men and 4 women) for illicit association and possession of weapons and explosives, a fact that occurred in Sajalices district de Chame on February 11, 2021.
The Judge of Guarantees, Yadielka Peralta, after hearing the arguments of the intervening parties, legalized the arrest, declared the formulation of the imputation of charges made by the Public Ministry and based its decision to apply the personal precautionary measure of provisional detention, considering it necessary and proportional to the nature of the event, together with procedural risks such as: risk of flight, danger of affecting evidence, danger of attacking the victims and danger to the community.

At the hearing, the Public Ministry was represented by the Prosecutor for Litigation and Early Decision, Anabelis Jaén; While the defense of the accused participated the Private Technical Defenders, Mireya Grand, Carlos Fuentes and David Aizprua, who announced an appeal against the precautionary measure decreed.

The appeal hearing was scheduled, before the Superior Court of Appeals, for next February 24, 2021, at 8:30 in the morning, virtually.

Last Thursday, through an action carried out by the Section of Homicide and Femicide of the Metropolitan area in conjunction with the National Police in the sector of Sajalices, district of Chame , in a residence in this sector the seizure of several weapons of fire, cash, suppliers with ammunition, four cars and other evidence, as detailed by the Homicide and Femicide prosecutor, Rafael Baloyes.

At that time, it was detailed that in the middle of the raid, alias "Pimpi" was captured, who is allegedly linked to a homicide case, which occurred on September 27, 2020, in the Juan Díaz district.

"We have carried out an efficient investigation into a blood event that occurred in September 2020 in Radial City, this investigation led to the linking of a person and other suspects who were linked to the event, it has led us to the location through some intelligence methods from this address in Sajalices, Chame, where one of the people who have an arrest warrant was located, we have located cash, firearms, drones, four vehicles, two of these high-end, which are definitely used by these organized groups to carry out their criminal acts," Prosecutor Baloyes had advanced at that time.
Add Comment