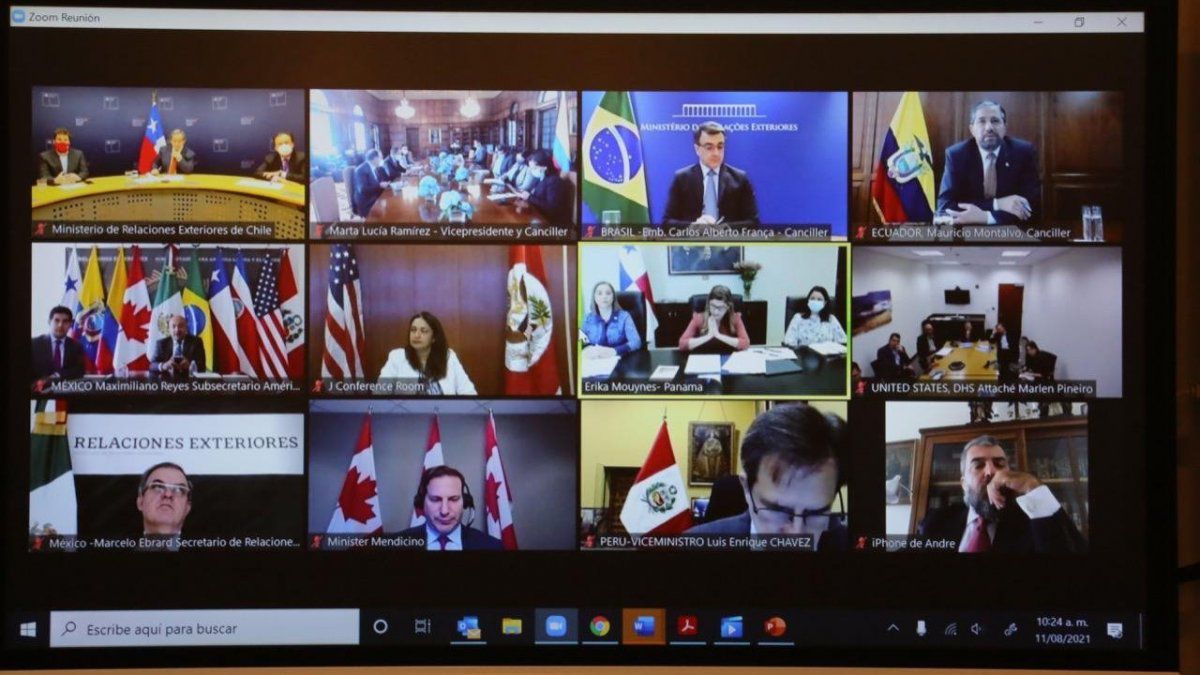 Authorities from nine other countries participated in the meeting on irregular migration, convened by the Foreign Minister of Panama.
Authorities from Panama, Colombia, Costa Rica, Mexico, the United States, Canada, Brazil, Peru, Chile and Ecuador held a virtual meeting, led by Panamanian Foreign Minister Erika Mouynes, in which they agreed on joint actions to control irregular migration.

Foreign Minister Mouynes stressed that the participating countries expressed their willingness to cooperate to work "in search of a comprehensive and timely solution to the phenomenon of migration ... we cannot stop it, but we can guarantee a safe and controlled space."

The Panamanian official explained that it was agreed to create work teams on several lines.

Gozaine explained that together with his counterparts from Colombia and Costa Rica, a diagnosis was presented on irregular migration in the region, which revealed that 55,000 irregular migrants have passed through these three countries this year, "especially from Haiti, Cuba and from outside the continent. .. corresponds to almost 33% of the migration that has entered Panama since 2013."

"We report that if we continue at this rate, (migration) could be five times greater than in other years we have had, such as the year 2018 when 26 thousand people entered the country," said the Panamanian director.

Among the concrete actions agreed upon, is the taking of fingerprints and the necessary information "so that those who pass by comply with the security measures. According to Gozaine, only Panama carried out this process.

It was also proposed that each country implement the necessary legal measures for the granting of transit visas.

"A fight was established so that we all contribute and be jointly responsible in relation to humanitarian measures for people. Panama spends approximately 20 million dollars in care for migrants, something that does not happen in other countries," Gozaine said.

The Foreign Minister of Panama reported that in recent days, peaks of up to 1,500 migrants a day were entering the country, "which exceeds our capacity and that of our neighbors," therefore a staggered downward quota was agreed with Colombia to allow the entry of 650 migrants until progressively reaching 500, "with specific days in which they can enter and the protocols with Costa Rica will be homologated."
#Erika Mouynes  #Costa Rica
Add Comment